It Ads Up: Michigan Consumers Contending With Sportsbook Advertisement Overload

Some find it excessive, but online gaming is huge source of revenue for local TV and radio stations 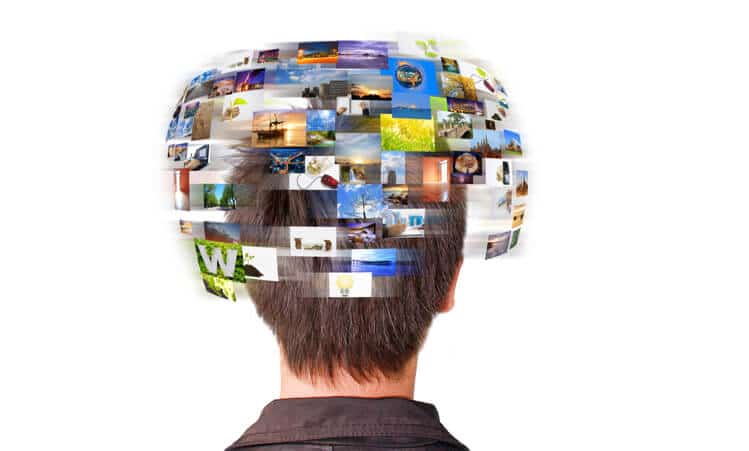 Brandt Iden, the former Michigan state representative who introduced the Lawful Sports Betting Act that passed in 2019, recently had a conversation with his uncle at a family gathering that shined a spotlight on one increasingly unpopular element of his legislative legacy.

“You know, thanks to you,” Iden’s uncle told him, “every time I turn on the television, there’s another sports betting ad on.”

“Now wait a minute,” Iden responded. “You complain every time there’s a political ad during election season as well.”

The conversation crystallizes two noteworthy perspectives on the flood of gambling advertisements on TV, radio, and digital media that has come to the Wolverine State since the dam broke with the first online bets in January. The public is annoyed because every other commercial, it seems, is for an online sportsbook or online casino. But at the same time, most people watching live TV or listening to live radio and lacking the ability to fast-forward through the ads will grumble about any ad once they’ve seen or heard it a few times.

Michigan is just the latest state to experience what earlier adopters have witnessed since the U.S. Supreme Court deemed PASPA unconstitutional in 2018. Whether it’s FanDuel, DraftKings, BetMGM, FOX Bet, William Hill, BetRivers, etc., and whether it’s that brand’s sports betting app or its casino app, an onslaught of ads awaits — sometimes with two different companies buying air time back to back, making it feel like online gambling is the only business that exists in the state.

Sportsbook ad spend going up, up, up

Online gambling isn’t the only way to spend purchasing dollars in Michigan, of course. But it is a vertical with staggering growth in ad spend. In April, MediaRadar reported that FanDuel Online Sportsbook and DraftKings were both among the top five in media and entertainment in terms of national advertising spending increase.

FanDuel went particularly heavy on TV ads, accounting for 86% of the more than $32 million the company spent on advertising in March and April.

Whether you’re watching live sports on TV — journalist Matt Schoch counted the sportsbook ads during a random Pistons game in February and tallied 14 of them — listening to the radio, or getting geo-targeted as a Michigan resident while enjoying podcasts or scrolling websites, these commercials are everywhere.

“It doesn’t bother me, but that’s partly because I anticipated it,” said Iden, who now works as head of government affairs for Sportradar. “Being knowledgeable about the industry and knowing that the name of this game for operators is to capture as much market share as they can, I anticipated that what we’re seeing would likely happen.”

Rafe Bartholomew, a Michigan resident who worked in the gambling media last year, also saw this coming, but has had to field questions from friends who weren’t in the loop.

“One guy I know, he’s a doctor, he commutes and listens to sports radio, and he started asking me about it, ‘What is going on? Why is every ad when I drive to and from work something for these sportsbooks?’” Bartholomew told MI Bets. “The saturation effect seems real. He was noticing it early on, and it hasn’t slowed down.”

Bartholomew observed hardly any ads for sportsbooks prior to the online launch in January, other than billboard ads for the brick-and-mortar books. But now they’re omnipresent.

“I’m a cord cutter, so I don’t see them on TV. But on radio, I hear them pretty frequently,” he said. “I jump around stations, and they show up on the country station, they show up on old-school hip-hop, they show up on Top 40. On many podcasts, I get something geo-targeted to me. Similarly, for social media. When I open Twitter, three tweets down on the scroll, the first promoted thing often is something for one of the online books in Michigan.

“I have a pretty high tolerance for ads, I can tune stuff out pretty well. But the mere fact that I can remember these sportsbook ads and casino ads, that I’m aware of them, that it’s breaking through, means that they are everywhere. I can’t tell you what ads I’m listening to most of the time. These ones are definitely getting through because of the quantity.”

Bartholomew notes that while the commercials were all for sportsbooks at first, the pendulum has swung toward online casinos in the last couple of months, to the point that it now seems close to a 50/50 split.

One sportsbook you won’t see and hear ads for in Michigan is Barstool, which was deemed “the most profitable sportsbook in the state” based on the money Penn National Gaming is saving by promoting the app without external marketing spend. For the ad haters who make purchasing decisions based on spite, Barstool Sportsbook might be the one for them.

For almost every other major mobile sportsbook, though, the ad dollars are flowing as if from a hose. In the first quarter of 2021, nationally, “sportsbooks-connected companies” spent $153.7 million on local TV ads, some 15 times what they spent in the same time period in 2019.

Some viewers might hate it, but as Iden points out, sports betting and online casino legalization is proving overwhelmingly positive for local media outlets.

“I have a couple of buddies that are in the radio business,” Iden said, “and they’ve told me that it’s been great for them, because this is a new stream of advertising that they hadn’t seen before. These marketing dollars that are getting spent with local firms throughout Michigan, it’s great from the media side of things. These are dollars that are being spent in Michigan — so the state is getting not just the direct taxes from sports wagering, but other taxes that come in as well through spending like this.”

While that is a noteworthy upside to the state passing the gaming bills that Iden introduced, the public backlash is real, and it isn’t limited only to those who are irritated by the volume of the ads. There’s also the anti-gaming faction, those who view gambling as a harmful vice and have issues with the promotion of gambling in these commercials.

The common counter to that is that gambling will take place whether you legalize it or not, and when it’s regulated, money can be earmarked for responsible gambling programs and ads can be carefully monitored. As AdAge reported in January, “Every gaming commission publishes guidelines on how to adhere to responsible gaming messages in advertising and promotions.”

This is an important pillar of Iden’s attitude toward the legalization of online gambling.

“We always need to do more when it comes to responsible gaming,” Iden said. “The dollars are coming in as we anticipated, that’s good. But I really want to step up the efforts in what we’re doing on problem gaming, more than just the 1-800 number. We need to start doing some actual outreach. I certainly do hope that the legislature continues to work on new ways to address problem gaming.”

When will it end?

Going back to Iden’s anecdote about his uncle and sportsbook ads being the new political ads, there is one key difference between the commercials encouraging folks to vote for a certain candidate and those encouraging them to bet on a certain team: The former stops after election day.

“However,” he said, “after you get to the point at which companies feel the market has been defined, you’re going to see them back off.

“We’ve seen so many of these operators spend so much money on marketing, which is eating into their profits — eventually, in order to become profitable they’re going to have to back off on the marketing spend. That just will naturally happen. They have no choice. I mean, you get to a point where you’ve gained as much market share as you can naturally gain, and you back off. Sure, there will still be a few billboards, there will still be radio and some of that, but it will not be to the extreme that we’re seeing now.”

Does that sound like a light at the end of the tunnel to those consumers who have already reached their breaking point on deposit bonuses, promo codes, and a dozen different sites each claiming to be “Michigan’s No. 1 sportsbook”? That’s hard to say. The deluge of sportsbook and casino ads will eventually slow to a trickle. But that time figures to still be several election cycles away.