Is The Barstool Online Sportsbook A Success Or Failure In Michigan? Well …

Many industry watchers have their eyes on Michigan, where Barstool was at the starting line with the market leaders. 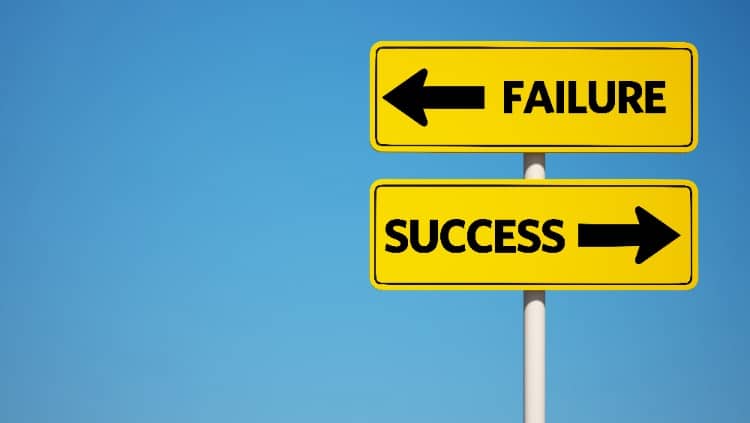 Michigan was, is, and continues to be the canary in the Barstool Sportsbook coal mine.

For the Penn National Gaming sportsbook, Michigan was the second state in which it launched after Pennsylvania. The big difference with this launch — which happened Jan. 22 — was that Barstool was at the starting gate with everyone else. In Pennsylvania, they were late to the party. In Michigan — and thanks to Barstool Sportsbook’s face, Dave Portnoy — they were the party. Portnoy and his team descended into Michigan and decamped at the Greektown Casino. And when Portnoy wasn’t on his Twitter live feed or placing bets, he was out in the community, helping local businesses and sampling pizza.

Barstool’s success or failure in Michigan depended — and continues to depend — solely on whether Portnoy (a University of Michigan graduate, no less) could rally his “stoolies” in the state. Really, the entirety of Penn National’s marketing plan was, and continues to be, Portnoy, Big Cat, and the rest of the Barstool family of personalities telling people about the sportsbook.

While DraftKings, FanDuel, and BetMGM blitzed the airwaves with commercials — and BetMGM had its existing customer base at the MGM Grand Detroit to fall back on — Barstool stood alone in its marketing efforts.

Without putting too fine a point on it, it was Portnoy against the world.

And some three months into the experiment … well, there are winners and losers.

“Broadly speaking, I believe Penn has a strong marketing approach for Barstool Sportsbook rollouts in new states, utilizing Portnoy and prominent Barstool Sports personalities on social media through various content initiatives,” said Brian Lichtor, an analyst at Roundhill Investments, which operates the BETZ ETF, which has a stake in Penn. “Penn has seen extraordinary growth and name recognition since acquiring its stake in Barstool Sports, and understands that this marketing method has been successful getting them to where they are today.”

And where are they today in Michigan?

Well, depends on how one decides to look at the numbers.

“It is very much a bull/bear debate,” said Ryan Sigdahl, a senior research analyst at Craig-Hallum Capital Group. “You can interpret it either way, and it can be spun either way.”

By total handle, Barstool is in a distant fourth place.

From launch through the end of March (which is when the latest data is available), FanDuel has seen $227 million in bets, BetMGM $191.2 million, and DraftKings $177.6 million. Barstool? $107.3 million, clearly a distant fourth, but with PointsBet in fifth place at a little more than $22 million, Barstool is sitting on an island. Not pulling in enough to topple the big three, pulling in more than enough to keep the others at bay.

But yes: It has booked less than half the amount of the first-place FanDuel sportsbook.

Another hiccup in the handle discussion: Barstool’s market share dipped in March, down to 11% from February’s 13%.

“That’s the bearish argument,” Sigdahl said. “They’ve lost market share from January to February to March, they’re quite a bit behind the top three guys.”

But while total handle is a handy way for Joe Q. Public to get a grip on which sportsbook is biggest and baddest, the more important number — especially for the sportsbooks and shareholders — is, as the Michigan Gaming Control Board puts it, the “adjusted gross sports betting receipts.” That’s how much money the sportsbook made after free bets are deducted.

And by that measure, Barstool is a screaming success.

To date, FanDuel is in the hole to the tune of $6 million, and DraftKings is coming up short by over $2.5 million. BetMGM is the clear leader, netting a profit of over $8.7 million. And Barstool, which isn’t in the business of handing out free bets (or spending untold millions in traditional ad spends, more on that in a moment), is in second place, showing a $3.98 million profit.

“And there’s the positive spin,” said Sigdahl. “They’re in the top four, and the top four control 90% of the market share, and they’re number two in net revenue, which is a plus.”

Marketing dollars spent = not much

So half the handle as the market leader, and monthly handle trending downward, but second in profit. Bull vs. bear indeed.

But one area Sigdahl believes is being overlooked, underappreciated, and sometimes misunderstood is the line between promotions and marketing.

“Here’s the piece that I’ve heard many misinterpret,” he said. “And I’ve heard other sell side analysts misinterpret it, in my opinion. It’s the differentiation between promotions and marketing. Everyone is saying, ‘they’re promoting just like everyone else and they said they wouldn’t have to promote because of Barstool, that would be their customer acquisition channel,’ well, they never said that. They said we’re going to be competitive on promotions. They are, in fact, doing exactly what they said they were going to do.”

And for Barstool, those promotions mainly consist of Portnoy and Co. tweeting and live-streaming along with cross-promotion on the numerous Barstool verticals.

What it doesn’t include for Barstool is spending gobs of money on television, radio, internet, and print advertising.

Imagine telling me I don’t get the industry Im dominating? Somebody tell this doofus anybody can spend to acquire customers. They will jump at better offer. Barstool is only company with untouchable 15%. That is why we make money and nobody else does. pic.twitter.com/cmDhTZxpcw

And so when Sigdahl looks at the whole picture, from handle to revenue to advertising spending … well, he sees a much different picture than the numbers suggest.

“When you think of the state-level profitability on a contribution margin basis, which would include promotions and external marketing spend and market access, I think Barstool is the most profitable sportsbook in the state,” he said.

One area of legitimate concern, however, has to be the online casino side of the operation. Michigan marked the first state the Barstool casino app launched, and results have been objectively bad.

To give an idea what a successful online casino can mean to the bottom line, look no further than Michigan market leader BetMGM: Its revenue for March was $30.8 million, more than 10 times Barstool’s take. It would certainly appear — and at the risk of Portnoy hollering at the writer of this article — there currently is no “bull” side to the Barstool casino. To succeed in Michigan — and probably to succeed elsewhere — Penn National is going to have to depend on something other than Portnoy to sell the idea of playing online roulette.

That said, Portnoy’s Twitter feed barely mentions the Barstool casino, so who knows.

“While I’m sure Portnoy and the team at Penn would like to be the top sportsbook in every state, I believe they know their audience arguably better than anyone, and by focusing on their target market will continue to see strong adoption as they expand to new states,” said Lichtor of Roundhill.

Matias Dorta, who is the vice president of marketing of Roundhill, echoes his co-worker’s sentiment.

“The pullback in results is slight concern but I don’t think it changes the overall trajectory or story for Penn National and Barstool Sports,” Dorta said. “The company has a moat around their audience, runs a strong content engine, and can access new customers as a low cost due to their organic relationship with end users.”

Going forward, and as the Barstool sportsbook expands into more states — New Jersey is expected sometime in May — no one is expecting Penn National to reverse course, which means folks in New Jersey should expect to be getting a steady diet of Portnoy in the not-so-distant future.

For now, though, in Michigan, Barstool is losing market share, yet pulling a tidy profit and spending little to nothing on advertising.

So are they succeeding beyond their wildest dreams? Coming up short from what they expected? Somewhere in-between?

The answer, for now, seems to be “yes” across the board. Riddle, mystery, enigma.