Former state Rep. Brandt Iden starts a new job with Sportradar and is thrilled with the launch of online sportsbooks and casinos in Michigan. 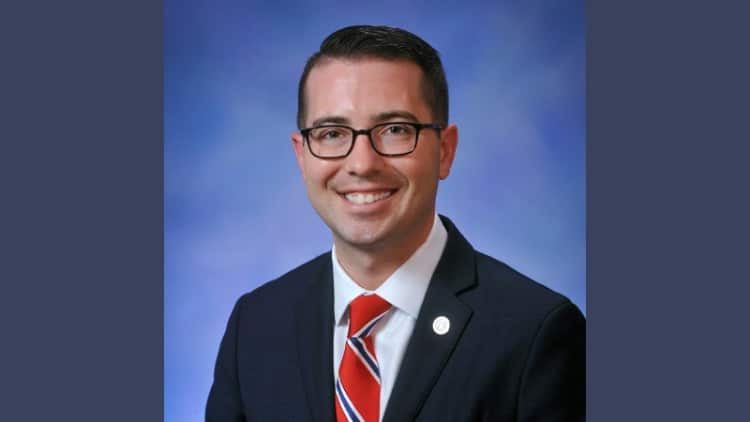 “Bittersweet” might be a bit strong, but for former Michigan state Rep. Brandt Iden, the last few weeks have been a bit of a roller coaster.

First, all the sweet: Iden started a new gig with Sportradar as its head of U.S. government affairs. No small job, this, as Iden will be tasked with helping states get their feet under them for their soon, planned, or far-off forays into the world of legalized sports betting.

“I’m just getting ramped up,”Iden told MI Bets. “ Hard to say where my direct focus will be, but a lot of states were in the middle of these discussions prior to COVID, places like Georgia, North Carolina, Massachusetts, Connecticut. I think it’s going to be a big year. We’re through the elections which is great, and now we’ll see a majority of policy work get done.”

More sweetness: After spending nearly his entire six-year legislative career (term limits being what they are in Michigan) working on the state’s legalized gambling bill, he finally got to see the online version of Michigan sports betting and online casinos go live a little over a week ago.

“Man, I was ecstatic. I couldn’t have been more excited,” Iden said. “After five years of hard work. We had a veto, bringing the stakeholders together, hundreds of hours of stakeholder meetings. It was just an exciting day last Friday. I saw some information out there, numbers aren’t readily available just yet, but based on signups and that sort of thing, Michigan was as active as any state rollout, and that’s because we were successful in the way we were set up. We had to bring the tribes on board, had to make sure the commercial operators were in place. We had 10 operators go live, great to see such a big market. The culmination of the excitement was great to see.”

So where’s the bitter in all this?

Due to Iden’s new job with Sportradar — which is pretty much the single largest provider of products and services to the sportsbook industry worldwide — he can’t do the one thing he worked hardest for: place a bet.

“Ever since I’ve been of legal age I’ve been wagering, and not being able to, well, it’s just part of the deal,” he said. “I’ll miss it, that’s for sure, but being able to be involved in the industry every day is more important. I really felt like taking on this role that I could make a positive impact as it relates to protecting consumers, expanding markets, dealing with problem gaming issues … I have always been so passionate about the industry, and being involved in it is something that’s very exciting for me. And this new role is going to be challenging, and I’m looking forward to it — even though I can’t place a wager.”

Iden, however, has delighted in watching his friends use the online platforms in Michigan, and he says all the feedback he’s received so far has been positive.

Proud of the work

And make no mistake: Iden is very proud of the legalization effort he successfully undertook while in the legislature. In fact, he thinks Michigan can provide a blueprint for other states looking to get sports betting on the books.

“I do think it was a good bill, but I say that because I have my name on it,” Iden cracked. “But yes. We took all these facets into our knowledge base from the few other states that had legalized it and when we spit out this product, we factored in all those things, we made sure it was an open and competitive market, we made sure the tax rate was competitive, we made sure that both tribes and commercial [casinos]  could have access, we made sure there was no in-person registration [requirement], we made sure of everything. We’ve created a robust market and yes, I think there’s a lot of things states can glean from what we accomplished.”

As for his new job? Iden gets to stay in Michigan as his home base, and he is convinced the U.S. market has a ways to go before it’s fully mature.

“It’s going to be very exciting in 2021 for sports betting,” Iden said. “States have been dealing with the pandemic, worried about revenue, and they’re going to be looking for revenue from sports betting. Of course, with that comes consumer protections that are needed, and so we need to make sure states are crafting bills to protect consumers and enhance their revenue positions.”

And Iden thinks he’s uniquely suited for the role.

“My having a direct involvement in the industry, I learned a tremendous amount, not only on the player side, but secondly, and more importantly in my role as legislator, I managed a tremendous number of issues on a daily basis,” Iden said. “Every five minutes there was something new. And this industry is no different. As I work with legislators throughout the country, I’m confident I can provide some knowledge and really help legislators bring their bills to reality.”

Iden is ready to roll in his new job, clearly. Betting against him seems foolish.