Canada gets unlikely allies in support of full-fledged legal sports betting, just as Michigan nears a launch of its legal mobile sports wagering. 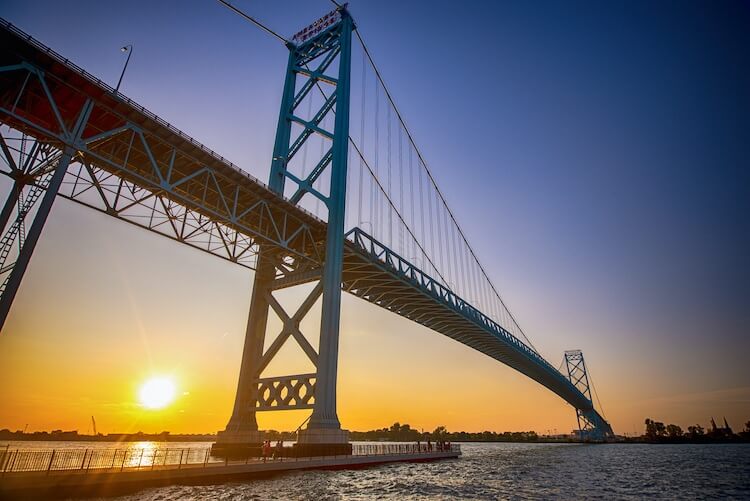 Facebook
Twitter
Email
Canada’s limited menu of sports betting seemed at one point like a potential cash cow for Michigan’s sports betting operators, who could get the green light to commence offering lines as soon as this fall.
That would include single-game betting, while Canada currently allows only “parlay” wagering, with a gambler needing to win all three or more wagers (or all wagers in a larger parlay) to cash in.
Such bets have limited appeal to professional, sophisticated bettors who are aware that “the house” has a much higher rate of return with parlays. In 2020 in New Jersey, for example, the sportsbooks are getting a return of more than 18% on parlays but under 5% on football and basketball.
So once the travel ban on Canadians crossing the border to the U.S. expires when the COVID-19 pandemic sufficiently subsides, the prospect would exist for Canadians to venture over the border into Michigan to make wagers, in the same way that New Yorkers visit neighboring New Jersey just to make mobile bets.
But in a somewhat surprising move, three of the plaintiffs in the unsuccessful 2012 lawsuit to prevent sports betting in New Jersey — the NBA, NHL, and MLB — have joined forces to back the legalization of single-game sports betting in Canada.

Text of the letter by the leagues

To the pro leagues that opposed our efforts from 2008 to 2018, all the while saying legal sports betting would destroy sports for fans, I’d like to say, “You’re welcome.” pic.twitter.com/EttITdbfjC

“Sports betting gives fans another exciting way to engage with the sports they love. Because a legal and regulated sports betting market in Canada would be beneficial to sports and their fans, we urge prompt action to make this a reality.

“Sports betting already happens illegally in Canada; creating a legal framework would shift consumers from illicit, unregulated markets to a legal and safe marketplace. Regulating single-game betting would allow for strong consumer protections as well as safeguards to further protect the integrity of sports.”

The NFL and NCAA, also parties to the New Jersey lawsuit, did not join in this letter. It comes at a time when the five organizations are continuing to battle New Jersey’s horsemen over whether they owe the horsemen $150 million in damages for “wrongfully enjoining” them from offering sports betting at Monmouth Park.
U.S. District Judge Michael Shipp, who in 2014 issued a temporary restraining order against the sports betting that later was extended, agreed with the leagues that they faced “irreparable harm” if sports betting was permitted outside of Nevada, even for a limited time at a single site near the Jersey Shore.
(Shipp was replaced in the case on Friday by his boss.)

But within weeks of the 2018 Supreme Court ruling allowing any state to offer such gambling, the plaintiffs began entering into lucrative partnerships with gambling companies. None of the leagues have yet claimed “irreparable harm” from more widespread legal gambling.
Supporters of the proposal in Canada are hoping that it can be approved this week. Diminished government revenue due to the pandemic has been cited as a reason to convince fence-sitters that now is the time to reverse a quirk in the country’s gambling laws.
If so, it’s possible that the border-crossing dollars pictured in Michigan’s favor could flow in Ontario’s direction instead for a short time, until Michigan has its mobile sports betting regulations finalized.
Meanwhile, last week the Michigan Gaming and Control Board approved reopening guidelines for its three commercial casinos in Detroit, each of which became home to a physical sportsbook as of March. The casinos are eyeing America’s July 4th Independence Day for official re-openings.
Facebook
Twitter
Email