When looking at the first 10 days of numbers, Roundhill Investments Matias Dorta sees Barstool and BetMGM as happy campers. 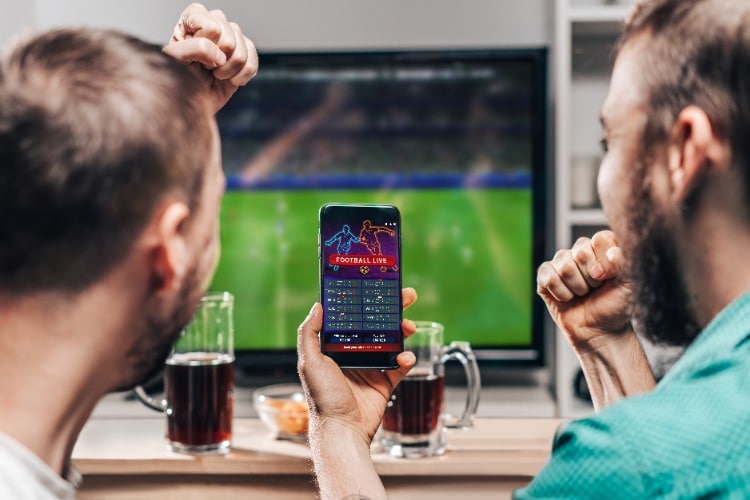 After a rousing start to Michigan online sportsbooks and Michigan online casinos, it’s tempting to put a lot of stock in the first batch of numbers that were released by the Michigan Gaming Control Board on Wednesday.

But there is caution to be had, as that first batch of numbers covered only the first 10 days of business.

“I think BetMGM Sportsbook Michigan is the most impressive,” said Matias Dorta, an associate at Roundhill Investments who spends his professional life analyzing gaming companies for the firm’s BETZ ETF, the largest sports betting ETF in the market. “They recently came out as number one in market share in Tennessee, which was surprising, and then they launched now in Michigan, and not only are they up there with the DraftKings and the FanDuel Sportsbook Michigan, they also finished first in online casino revenue. Very impressive.”

BetMGM, DraftKings, FanDuel, and Barstool collectively commanded over 95% of the sportsbook market.

“It’s really telling,” Dorta said. “And it’s probably something we’ll see more of as more states open up. You have to remember this is basically the first time we’ve seen these four sites start at the same time.”

And while Dorta is impressed by BetMGM’s showing, he’s equally fascinated with Barstool hanging with the big boys, especially because Penn National Gaming officials say — and the company’s next quarterly report will likely bear this out — they are spending much less than others on marketing.

“One of the big things here is we know DraftKings is spending an arm and a leg on marketing,” Dorta said. “But what Barstool is doing for their marketing strategy is literally going into the Greektown Casino and essentially turning it into a live streaming room. And they’re running Big Cat, Portnoy, flying in Marty Mush, all out of the sportsbook, and it’s direct-to-consumer content. People are placing bets while they’re watching their favorite influencers bet at Greektown.”

And Dorta thinks Barstool’s strategy will pay even bigger dividends down the line.

“I think once lockdowns ease up, that’s really going to play into their favor, especially when football season comes around again,” Dorta said. “They can use the Greektown Casino as a place to bring over all of the Stoolies to watch games, to place bets.”

Another feather in Barstool’s cap? Accounting for promotional credits, Barstool was by far the most profitable sportsbook in the first 10 days in Michigan.

“It’s a really great sign for them,” Dorta said.

When it comes to the … well, the not-winners in the Michigan launch?

“Basically everyone else out of the top four, but it’s way too early,” Dorta said. “Let’s wait for February’s data to come out.”

One item, however, did stand out to Dorta, and it was Golden Nugget Casino, a top-five online casino in New Jersey that limped to a seventh-place finish in casino revenue in the first 10 days in Michigan.

“It was huge opportunity for Golden Nugget, and I need to look into what happened, but I’m guessing BetMGM, DraftKings, FanDuel decided to put more time and energy into getting their casino product out,” Dorta said. “Golden Nugget has their base established in New Jersey, but it didn’t translate — at least not yet — to Michigan. That’s probably the most surprising outcome on the online casino side.”

And while plenty of industry watchers and industry players are poring over these first numbers, Dorta cautions it’s still too early to crown winners or punish losers.

“I think we won’t really know who will dominate the market until the end of the year,” Dorta said.

But there is one massive takeaway Dorta thinks the Michigan launch lends itself to: Other states will want to duplicate the success.

“All in all, the Michigan news was very optimistic for states that are considering legalizing gambling,” Dorta said. “These are the moments when you get the conversations started in other state legislatures, looking to Michigan and saying, ‘Wow, OK, they were able to put this out pretty quickly, they are already seeing results, now it’s our turn.’ This can serve as a catalyst for other states.”