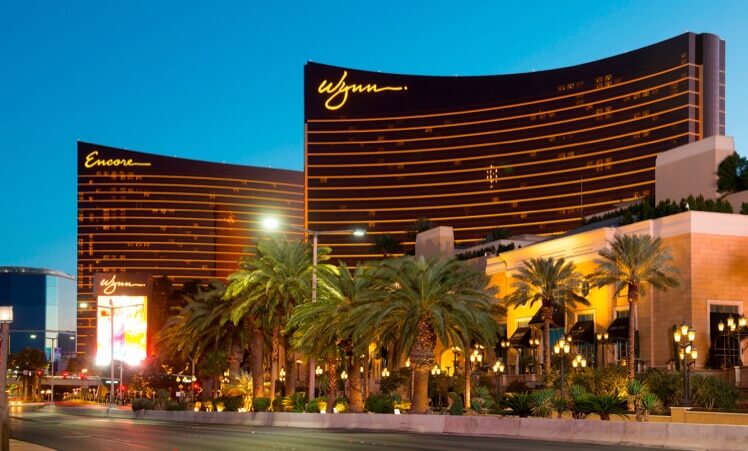 WynnBET, which is among the dozen digital platforms in Michigan, is partnered with the tribal Kewadin Casinos. WynnBET also has retail sportsbooks at all five of the tribe’s brick-and-mortar locations.

Financial losses from stiff taxes and exorbitant promotional costs associated with trying to attract customers are reasons behind Wynn wanting out of online sports betting, according to the New York Post.

The Post reported that Wynn is willing to part ways with its Wynn Interactive unit — the operator of the WynnBET gaming app — for $500 million, or roughly a sixth of the business’s valuation less than a year ago. Wynn touted a $3.2 billion valuation to Wynn Interactive after merging its online operations with blank-check company Austerlitz Acquisition Corp.  back in the spring of 2021, according to a Bloomberg report.

Matt Maddox, the Wynn Resorts CEO who plans to resign effective Jan. 31, shared in November that WynnBET was on pace to burn $100 million in each of the third and fourth quarters. Back-to-back quarters in which the app was costing the company a total of $200 million forced Wynn officials to rethink their involvement in the online sports betting arena.

“The market is really not sustainable right now,” said Maddox during a Nov. 10 earnings call. “Competitors are spending too much to get customers. And the economics are just not something that we’re going to participate in.”

Morgan Stanley analysts announced not long after the earnings call that they valued WynnBET at $700 million and only anticipated the app to gain a 2.5% share of the North American market, according to the Post.

Sports merchandise giant Fanatics and online gaming business Penn Interactive have been mentioned as potential candidates to acquire Wynn Interactive, which also owns Wynn Slots and BetBull along with WynnBET. However, neither has publicly expressed such intentions. Fanatics has been poking around the sports betting space and made an unsuccessful bid in New York for a license. It also recently hired away FanDuel executive Matt King. Penn Interactive, which uses Barstool Sportsbook as its digital sports betting platform, is live in about a dozen states.

The news that Wynn is looking to sell its online sports betting business at a substantial discount comes as a major surprise. NBA great and mega-product endorser Shaquille O’Neal signed on as a brand ambassador for WynnBET last spring. The former Los Angeles Lakers great even sold his minority stake in the Sacramento Kings in order to work with Wynn and not break the NBA’s gambling rules.

“I am so excited to take WynnBET to new heights,” O’Neal said via press release in August. “Mobile sports betting is having a major moment, and I believe that WynnBET will be a powerful force in the industry.”

Despite O’Neal’s optimism, WynnBET hasn’t kept pace with the competition.

Online sports betting leaders FanDuel and DraftKings have been offering credits of up to $1,000 to sign up new customers and grabbing the bulk of the market share in many states. With mobile sports betting live in New York since Jan. 8, the New York State Gaming Commission shared that more than $600 million in bets were taken by FanDuel, DraftKings, Caesars, and BetRivers during the first week. Wynn owns a New York betting license but has not launched its service.

New York calls for a state tax rate of 51% on online gaming revenue. With industry analysts estimating customer acquisition costs of several hundred dollars per player, there are questions about how profitable operators can be in a state such as New York, especially if they’re continuing to offer sizable promotions.

DraftKings, the leader in national online sports betting handle, was trading in the mid $50s in May and dipped to the low $40s in November. Its shares stood at $19.18 midday Tuesday.