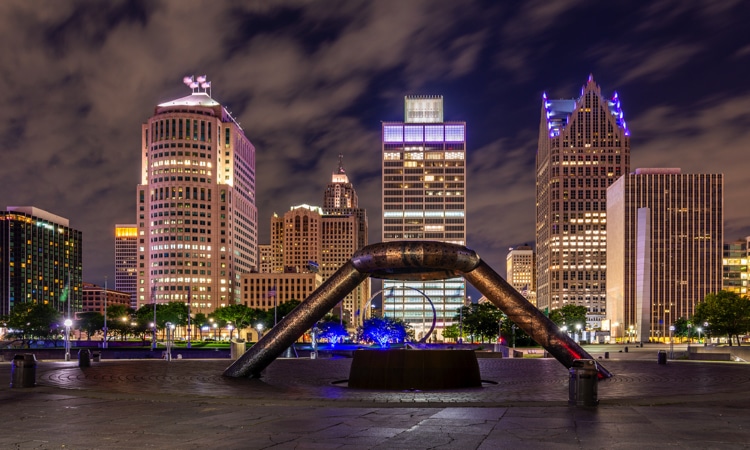 Michiganders generated more than one-half billion dollars worth of sports bets in a month for just the fourth time in state history in October, while operators continued to roll and made a little history of their own.

The Michigan Gaming Control Board released online sports wagering figures for October on Thursday, reporting handle of $480.8 million. That total, coupled with the $23.5 million in accepted wagers at Detroit’s three retail sportsbooks, pushed the overall amount to $504.3 million — the third-largest total in state history and the first over $500 million since January’s record $532.7 million handle.

October was a banner month for operators as overall gross revenue reached $51.3 million, good for second all-time behind the $58.8 million last November. It also marked the first time in Michigan sports wagering operators cleared $50 million in gross revenue in back-to-back months, as the total represented a 1.8% increase from September’s $50.5 million. The statewide hold was 10.2%, the fourth consecutive month it reached double digits, but it was nearly three full percentage points lower than September’s.

Nearly $17.5 million in promotional credits and deductions were reported by operators, leaving the state eligible to tax $33.9 million in adjusted revenue. State coffers received slightly more than $2 million in tax receipts, marking the first time in state history the monthly total eclipsed $2 million. Michigan has generated $10.9 million in state taxes this year, while Detroit has collected $5.2 million in receipts.

Michigan bettors are not the only group in the country struggling to beat FanDuel, but the online titan has particularly taken it to the Wolverine State public the last two months. It set a state gross revenue record for the second consecutive month, this time reaching $20.9 million thanks to a state record handle of $145.4 million and a 14.4% win rate.

It was the fourth consecutive month FanDuel had a win rate of 10% or better and fifth time in six months it was above 12%. FanDuel also topped $1 billion in total handle for 2022 and $2 billion since launch last year.

BetMGM edged out DraftKings for the No. 2 spot in gross revenue, finishing less than $47,000 shy of $10 million while DraftKings was just under $9.9 million. BetMGM also pushed its streak of double-digit holds to four months, finishing at 10.2% while racking up $9 million or more in gross revenue for the sixth time in a 12-month span.

Barstool Sportsbook took the fourth spot for gross revenue with $3.5 million thanks to an 11.4% hold, while Caesars Sportsbook rounded out the top five with $2.9 million and set a new high for Michigan-based handle at $40.1 million. PointsBet was the only other mobile operator to surpass $1 million in gross revenue, and the Australia-based book made its first state tax payment — $2,600 — as the $115,000 in adjusted revenue for October was enough to create a positive all-time AGR for the first time since launching last year.

The “Big 4” of BetMGM, FanDuel, DraftKings, and Caesars accounted for $15.3 million in promotional credits and deductions for October, representing 87.7% of the overall $17.5 million reported. FanDuel paced the quartet with $6.5 million, while BetMGM reported $4.8 million in deductions.

Firekeepers Casino was the only mobile sportsbook to report a loss in gross revenue in October, paying out $72,000 on top of the $2.4 million in accepted wagers. It was the biggest monthly loss Firekeepers has reported since launching in May 2021, more than triple the $22,050 loss reported in April. Parx Casino narrowly avoided its second ever monthly loss, eking out $2,588 in gross revenue from $1.6 million handle.

The three brick-and-mortar sportsbooks have combined for more than $15.5 million in gross revenue this year, with Greektown leading the way at $6.4 million. The Hollywood casino has also accounted for more than half the retail handle in 2022 with $121.4 million of the $229.5 million wagered in person.