After two ugly losses, Hawaii is a 50-point underdog on the road against the Wolverines 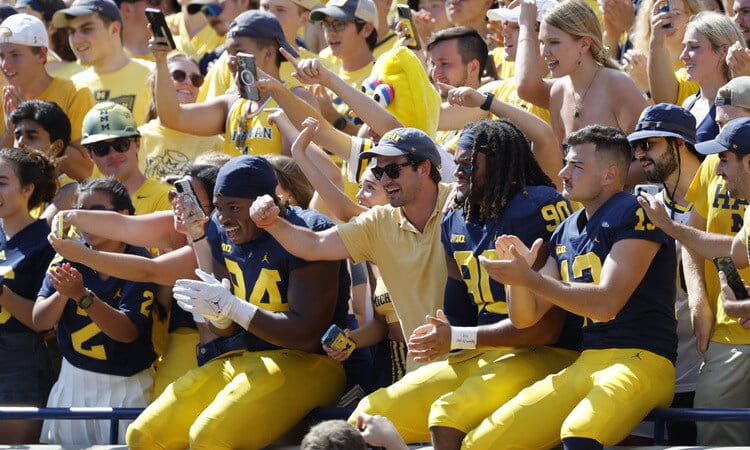 Most mobile sportsbooks list the University of Michigan as more than a 50-point betting favorite Saturday night against Hawaii, the most points the Wolverines have been favored by in a game since at least 2005, according to data from The Action Network’s Bet Labs.

It’s a massive spread – more than seven touchdowns – but given Hawaii’s start to the season, it makes sense. The Rainbow Warriors are 0-2 with a 53-point loss to Vanderbilt and a 32-point loss to Western Kentucky, as they’ve failed to cover the spread twice so far this fall against mediocre (at best) teams.

The Wolverines were favored by 45.5 points against Massachusetts on Sept. 15, 2012, and local news reports at the time stated that the line was the most the Wolverines had ever been favored by in a game.

If those reports were true – widespread sports betting legalization in recent years has made it easier to track spreads compared to decades ago – the Wolverines could be a 50-point favorite for the first time in program history this weekend. For what it’s worth, Michigan won the UMass game 63-13 in 2012, covering the gigantic spread.

It takes a rare combination of factors for a team to become a 50-point favorite, but Saturday’s game has what it takes, as Hawaii is one of the country’s worst teams and Michigan is ranked No. 4 in the latest AP poll. Add in Hawaii’s lengthy travel itinerary and Michigan’s home-field advantage and — voila! — Michigan enters Saturday as a humongous favorite.

The total for the game sits around 65 points at most sportsbooks, as Hawaii isn’t expected to do much of anything offensively. The Rainbow Warriors are averaging 13.5 points per game across their two early season contests, and Michigan’s defense is more talented than those of Vanderbilt and Western Kentucky.

Cade McNamara started Michigan’s season opener against Colorado State, a 51-7 win. McNamara wasn’t bad, but he also wasn’t overly impressive, only completing 50% of his passes for 136 yards and a touchdown.

J.J. McCarthy, who is expected to start against Hawaii, made an impact with his limited reps against the Rams. McCarthy was 4-4 for 30 passing yards, adding 50 rushing yards and a touchdown on three carries.

Jim Harbaugh announced before the season that he wanted McNamara to start Game 1 and McCarthy to start Game 2 before making an official decision on the team’s starting quarterback. If last week was any indication, McCarthy could be one more good performance away from earning the starting gig in Week 3 and beyond.