Lions Expected To Be Shorthanded, But Still Favored Over Seahawks

Even with D'Andre Swift likely out and Amon-Ra St. Brown nicked up, the Lions are favored 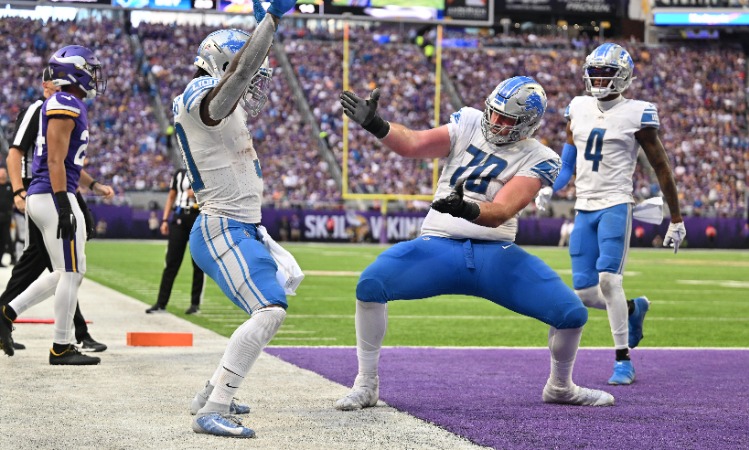 Last week’s game against the Minnesota Vikings certainly qualifies as a disappointment, with the Lions giving up a late lead, the offensive play-calling getting too vanilla, and …

Of course Dan Campbell made the wrong call trying a 54-yard FG. We know it, he knows it. But does that 28-24 loss to the Vikings change my view of this Lions team going forward, or Campbell's ability to lead them? Nope. Was always a work in progress. Still is.

So while the 1-2 Lions could easily be 3-0, they aren’t, and as such, enter into something just slightly less than a must-win game at home against the Seattle Seahawks this Sunday afternoon.

Bottom line: The Lions should win this game. The sportsbooks think so, as the Lions are -200 on the moneyline at DraftKings (and as high as -225 at BetMGM). They are 4-point favorites (at -110) at Caesars and PointsBet.

And get this: Even with D’Andre Swift probably set to miss the game and Amon-Ra St. Brown dinged up (along with D.J. Chark), the Lions have the second-highest implied total on the Sunday slate at 26.5 (the over is set at -110 at Barstool and BetRivers), just a notch below the Buffalo Bills’ 27-point implied total.

So the books expect the Lions to show up and show out for this home tilt. And while looking ahead is a fool’s errand, it is worth noting that the Lions head to Foxborough next week for a very winnable game against the struggling Patriots. Heading into the bye at 3-2 would be a major leap forward for this franchise.

But first: The Seahawks

With Swift expected to sit, many analysts expect Jamaal Williams to step into an every-down role. And while Williams will certainly be the featured back, it’s worth noting Craig Reynolds stepped into Swift’s role (more or less) last season when Swift went down. Is it possible the same happens this week? Unclear, obviously, but when the books release player props, Reynolds might have some very low barriers to reach his overs.

Of course, an “anytime TD” bet on Williams has been one of the surer bets in the NFL this season, and if there’s plus-odds offered for that anywhere, it would seem like a popular wager. Most player props for Lions players won’t be released until there is clarity on the status of Swift, St. Brown, and Chark.

But the books are comfortable laying down a Jared Goff number, and his passing yards prop keeps growing by the week. This week, the over is set at 259.5 at -115 on BetMGM.