Lions Limp Into The Bye Week As Sportsbooks Adjust Their Odds

There were high hopes for the squad heading into the 2022 NFL season, but a 1-4 start is not ideal 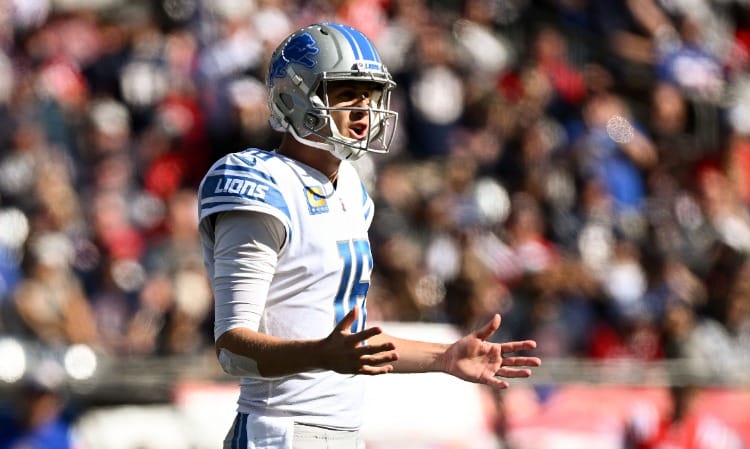 The Lions’ roaring start to the 2022 NFL season — where they gave America’s sportsbooks fits by smashing the over the first four times they took the field — got defanged last week when the squad got waxed 29-0 by the New England Patriots.

It was a severe crash back down to earth, but it wasn’t wholly unexpected. The team was coming off a thrilling 48-45 loss to the Seattle Seahawks at home and was headed to Foxboro with a hobbled Amon-Ra St. Brown and an injured D’Andre Swift and had to face Bill Belichick, who is, incredibly, making something out of nothing with his squad.

Head coach Dan Campbell once again took the blame for the loss, saying it “falls on me.”

For Campbell’s sake — easily one of the most player-friendly coaches in the league — the Lions had better start winning some games.

The team starts off by heading down to Dallas to take on the surprising Cowboys. The look-ahead line for that game is the Lions getting seven points, and they’re +240 moneyline dogs at DraftKings.

From there, it’s home tilts against the Dolphins and Packers.

If the Lions drop those three games, Campbell might all of a sudden find himself on the hot seat.

At 1-4, the Lions would have to close out the season 6-6 to beat the 6.5 win total, which is the consensus number across the board after their disappointing start.

Other futures that are floating around out there for the strong-minded: