The Lions and Colts face off at 1 p.m. in Indianapolis after three days of joint practices 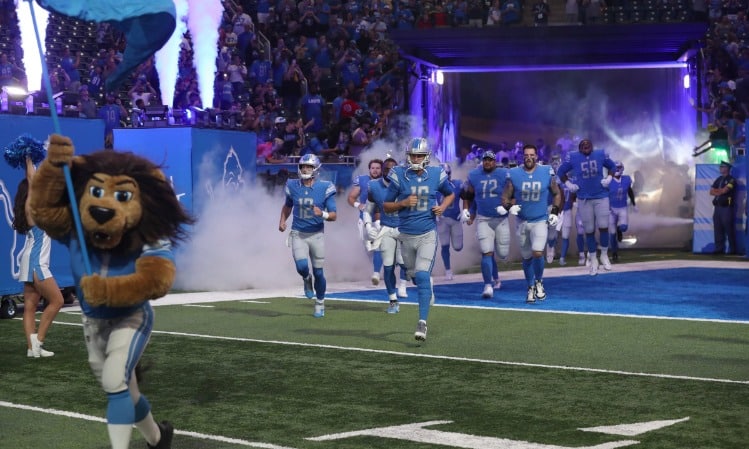 The Lions may have lost their first preseason game against the Falcons last week – which, incidentally, was the team’s ninth straight preseason loss – but the Lions’ offensive starters trotted out for the first drive.

And while no one is yet looking at Jared Goff, D’Andre Swift, and Amon-Ra St. Brown as this generation’s Troy Aikman, Emmitt Smith, and Michael Irvin, the early returns have to have Lions fans excited for opening day.

On that drive, Goff and St. Brown hooked up twice for 29 yards and Swift toted the rock four times for 20 yards and a score.

This Saturday, the Lions travel to Indianapolis to take on the Colts in the second preseason game for both. This will come on the heels of three days of joint practices between the teams. As a result, it’s unclear how much action the starters will see, as they’re going pretty hot and heavy already this week.

The sportsbooks, however, have installed the Lions as the moneyline favorites, at -120 on FanDuel, Caesars, and BetMGM.

The Pride of Detroit is also a 1.5-point favorite at -110 at the three sportsbooks mentioned above, along with WynnBET.

If you’re willing to give an extra half-point, the juice gets squeezed down to -105 at PointsBet.

The over/under is sitting at a relatively healthy (for a preseason game) 39.5, with FanDuel and PointsBet offering the over at -105 and BetRivers and Barstool taking the under crown at -109.

Interestingly, both teams’ games went well over the over last week, and the Lions defense was certainly struggling in the early going of these combined practices. As a result, that over number might move up the closer we get to the 1 p.m. start on Saturday.

But then came the second day of joint practices, where The Athletic reported the Lions defense stepped up.

And then there’s this: This is preseason football. Who knows what the heck is going to happen on the field come Saturday afternoon? Just 19 days until the start of the regular season. Breathe easy.