Justin Jaynes gone after four-fight skid, and his bet could have hurt his cause 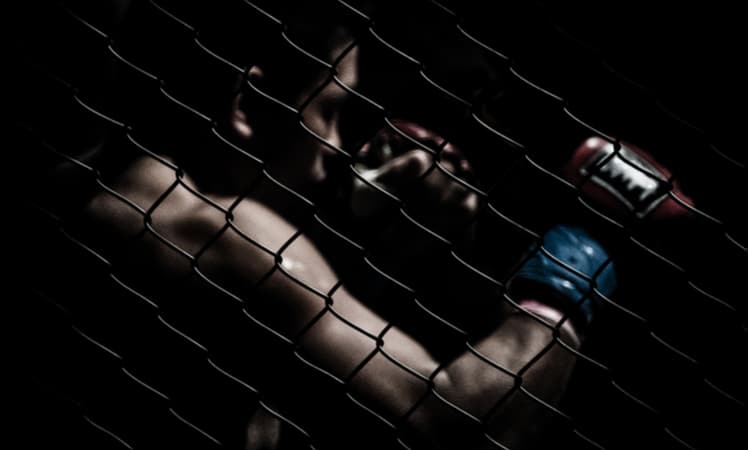 An MMA fighter from Michigan who recently made it known that it had wagered a large chunk of money on himself for his June fight has been cut by the UFC.

Justin Jaynes, a 32-year-old from Richmond, Mich., with a 16-8 professional record, is no longer with the leading MMA promotion after a five-fight stint that began in June 2020. Five fights in just over 12 months is a lot for a UFC fighter.

Jaynes reportedly bet $24,500, his entire fight purse, on himself before his June 26 split decision loss. Despite the loss and walking away with nothing, Jaynes said he had no regrets in the immediate aftermath of the fight. According to Jaynes, his coaches also bet on him.

I said it before the fight and I’ll say it again. I was prepared for all outcomes. If anyone thinks me losing this bet is going to break me they are sadly mistaken #jaynestrained https://t.co/2jV0kAUFzV

Jaynes didn’t reveal where made the wager, but given that he’s from Michigan and there are legal sportsbooks in the state, it’s reasonable to assume it came through a book in Michigan or in Las Vegas where Jaynes has his training camps. The fight was in Las Vegas.

Las Vegas sportsbooks are not barred from allowing combat sports athletes to bet on themselves. Floyd Mayweather Jr. was denied betting a massive six-figure sum on himself for his 2017 fight with the UFC’s Conor McGregor, but according to ESPN, the issue was that Mayweather tried to bet on a prop, not a straight win. The sportsbook that Mayweather went to reportedly wasn’t sure if it was legal, so it played it safe and declined it.

It’s unclear if the wager played a factor in Jaynes being released from the UFC, and if it did, how large a factor. Jaynes’ first fight in the UFC was a spectacular 41-second knockout, earning him a performance-of-the-night bonus. That’s as good a start to a UFC career as anyone can hope for.

However, the next three fights didn’t go so well for Jaynes. He lost by third-round submission in August 2020, and then lost back-to-back fights by TKO in December and February. He then lost a super-close split decision in June as a +140 underdog.

There was chatter back in June that Jaynes’ back was up against the wall with three straight losses, but it’s unclear if it was actually a must-win fight. Jaynes could have been declared the winner from the June fight and probably few would have complained. According to MMA Decisions, nearly 42% of fans polled on the fight thought Jaynes won against Charles Rosa.

Jaynes took the release in stride, thanking the UFC for the fights.

Although getting cut from the@ufc sucks, it’s just a minor set back. I want to thank @danawhite @seanshelby @mickmaynard2 and my management team @iridiumsportsagency for giving me the opportunities I had in the UFC.#jaynestrained pic.twitter.com/ofPvCYynyQ

The UFC probably didn’t love media outlets reporting on one of its athletes risking his entire fight purse at a sportsbook, which implies that he isn’t well-compensated. Fighters betting on themselves might not be that uncommon, but what is definitely uncommon is talking about it publicly. That probably didn’t earn him any points with the UFC.

There is momentum among the fighting community with regard to talking about UFC compensation, with some of the promotion’s biggest stars in recent months criticizing their pay. The UFC pays its athletes around 20% of its revenue, lower than the major sports leagues. With the UFC basically a public company after the IPO of its parent company Endeavor earlier this year, more scrutiny than ever is on the promotion’s relatively low athlete revenue share.

Jaynes effectively making $0 for his loss in June is a bit unsavory if you’re a fan of the sport. The UFC couldn’t have loved these optics. That said, Jaynes is a featherweight, a relatively stacked division, on a four-fight losing streak. Maybe he would have gotten one more fight if he hadn’t disclosed that he was wagering on himself, but it seems like his days in the UFC were numbered.