With approximately 55,000 tickets still outstanding, the Michigan Lottery has extended the last chance period for its Super Raffle.

The Michigan Lottery has announced additional time will be added to the upcoming Super Raffle drawing, to allow more players a chance to acquire the final ~55,000 tickets remaining.

The original drawing was unexpected on or shortly after September 19, but given that nearly a fifth of the $50 tickets are still outstanding, the lottery is hoping to maximize the benefit to the School Aid Fund by extending the sale period.

The new date for the drawing is October 3, meaning there are two weeks left to purchase a shot at the $4 million grand prize. The raffle also has two $2 million prizes, and more than 15,000 smaller prizes. Super Raffle offers Michigan lottery players the best odds of becoming a multi-millionaire: 1 in 100,000. Compare this to popular draw games Powerball or Mega Millions where the chances of scoring the grand jackpot hover around 1 in 300 million.

Regarding other instant millionaires, a man in Brownstown recently won a $2 million prize in the $2,000,000 Jackpot instant game, bringing the total payouts for that game close to $12 million since it launched in August. There are still two more $2 million tickets out there, as well as more than $80 million dollars in smaller wins.

In the online lottery realm, the recently added Volcano instant game recently paid out the maximum $100,000 prize to a man in Oakland County.

Silver Winnings is a reveal game, or more accurately, five separate reveal games crammed into one ticket. Beyond the multi-game aspect, Silver Winnings is pretty standard scratch-off fare (e.g. match 2 symbols or 3 prize amounts, or get a higher value number than the house). 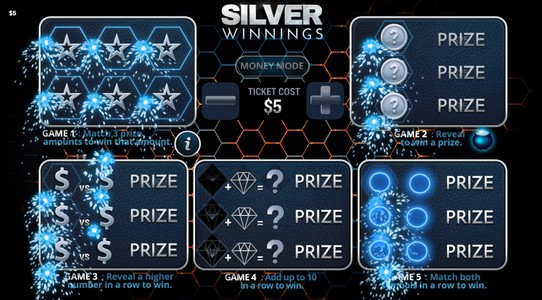 These types of tickets are often popular in paper ticket form as the multiple opportunities to win and varying rules allow the player to draw the experience out longer, increasing the rush. One of the benefits of playing online is that players can choose to play this old-fashioned way, uncovering one symbol at a time, or simply hit “Reveal All” and know their fate right away.

Admittedly, the flashy silver firework theme to the animation is a bit overdone, and can easily cause a less powerful phone or computer to slow down. This is a minor technical flaw which shouldn’t be noticed on most devices but when it unfortunately does appear it takes a lot away from the game.

Treetop Treasures, on the other hand, runs much more smoothly. This is simultaneously both a reveal game and a collect-style game. Revealing either a bird or an egg symbol under one of the squares results in an instant prize, while amassing a certain quantity of a particular fruit will result in a small bonus game being triggered. 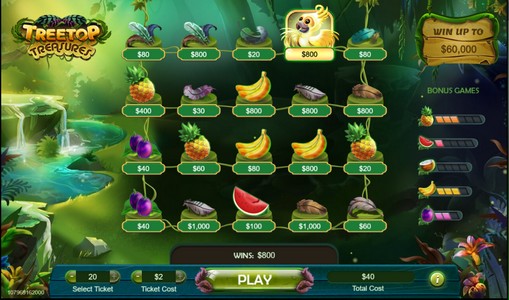 The bonus game “Fruit Fall” involves dropping fruit symbols into buckets worth different prize values, and it’s basically Plinko. This is a very enjoyable and lucrative unlock, but unfortunately successfully triggering the game is extremely rare. 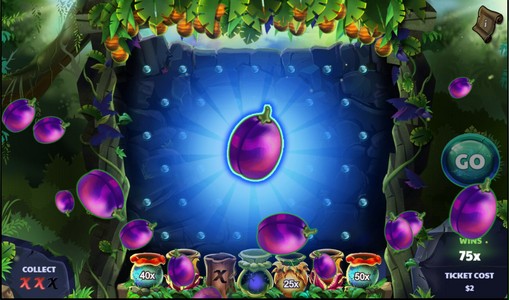 Tickets are available with either 10 or 20 squares to reveal, with a cost per square of $0.05 to $2 for a total range of $0.50 to $40 for each play, with a maximum possible prize of $60,000 on the most expensive ticket. The odds of winning are listed as 1 in 39.03, but keep in mind that’s with playing 10 or 20 times per ticket. Unfortunately this also means that small wins will earn you proportionately much less than you paid to play.

There have still been no major announcement of new promotions since the decision was made to focus on hyping the Super Raffle, but something is surely coming along shortly for October when the September Doubler Days offer ends.

After a recent win, the Fantasy 5 jackpot has been reset and will be only about $110,000 for its next drawing on Wednesday, September 19. The Lotto 47 jackpot, however, has grown to a respectable $7 million for its drawing, also on Wednesday.

In multi-state games, the next Powerball jackpot on Wednesday is up to over $163 million. The next Mega Millions on Friday, September 21 will have a maximum prize of $275 million.