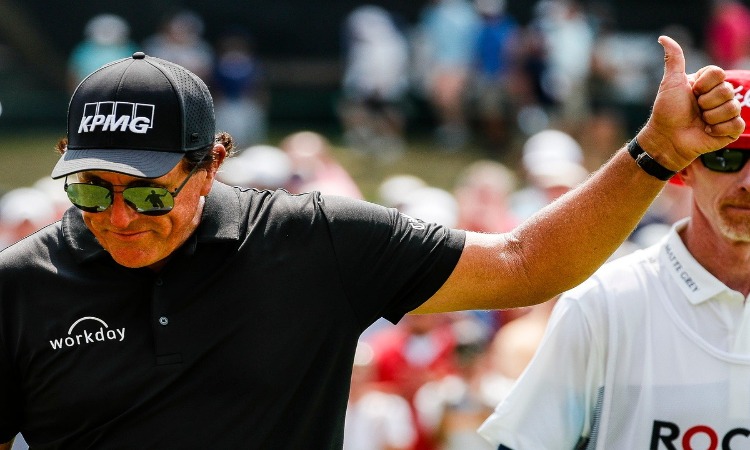 There’s been fair amount of drama in recent days over Phil Mickelson and his well-known and apparently longstanding sports betting activity. It’s become quite tedious content at this point, but a recent article really got under Mickelson’s skin — and that’s basically the real story at this point.

On June 29, The Detroit News published an article on Mickelson getting stiffed out of $500,000 — apparently winnings — by a Detroit-area bookie, “Dandy” Don DeSeranno, who’s said to be connected to organized crime. The supposed stiffing happened more than two decades ago, and The Detroit News did solid reporting uncovering the offhand allegation in recently released federal court documents from a 2007 racketeering trial of another man, Jack Giacalone, a reputed organized crime figure.

Mickelson’s gambling was in no way central to anything in that case, but he’s a big name, so, you know, it’s great for headlines. Sorry, Phil, that’s journalism — for better or for worse.

According to the report, the bookie didn’t pay Mickelson, who was never accused of any wrongdoing. Mickelson reportedly was just a sports betting patron, as the golfer has never been accused of any criminal activity related to gambling. (He did, however, get swept up in a well-publicized insider trading fiasco.) Mickelson apparently just liked to bet, and to do that outside of Las Vegas during the PASPA era involved turning to underground channels. Obviously, it does look a bit unsavory to the casual observer, but it’s not like Mickelson is getting canceled over sports betting — unless there’s more to the story.

Stories of mob-connected bookies are pretty banal in this new era of sports betting, but with Mickelson’s name being good for clicks ahead of his appearance in Detroit for the Rocket Mortgage Classic at Detroit Golf Club that kicked off July 1, the content was timely. Michigan is also home to one of the most robust online sports betting markets in the country, following the statewide launch in January. In other words, even a whiff of scandal in sports betting content involving Mickelson ahead of his local appearance for an event was Google gold.

Mickelson’s meltdown made it personal

For his part, Mickelson thought the content was fool’s gold — or an opportunistic “smear,” he claimed. Mickelson  should have understood how online content works, taken a very minor lump in the press, and brushed it off. The sports world has the attention span of a gnat anyways. Instead, he whined about it. He even went as far as to threaten to never come back to the Detroit golf event because of the article.

Not exactly. It was 23 year old material they got transcripts on 3 years ago and ran it this week. More a smear attempt and they (and fellow media) don’t like being held accountable for their opportunistic and irresponsible behavior. 😂 kinda funny actually.

Mickelson went beyond the pale, accusing the reporter of “hurt[ing] the community” because there was charity involved with the golf event. Mickelson, who isn’t part of the Detroit community, made the situation personal, as if the reporter was out to get him. Hasn’t a world-class athlete ever heard of “don’t hate the player, hate the game”?

I got stiffed out of 500k 20 years ago?I don’t give a $&@ about that.These writers hurt the community when they alienate those who are bringing everyone together.The players, sponsors,volunteers,charities all lose.The players stop coming,don’t help the charities, & sponsors leave

While again attacking the News‘ reporter, Mickelson backtracked on his position about never coming back for the event. The condition? If 50,000 Detroit-area residents will sign a petition in which they promise to “do one random act of kindness for another member of the community.”

The saga continues between Phil Mickelson and the Rocket Mortgage Classic: