Canada's provinces can offer any wagering -- and Ontario plans to -- except sports betting until federal criminal code is updated. 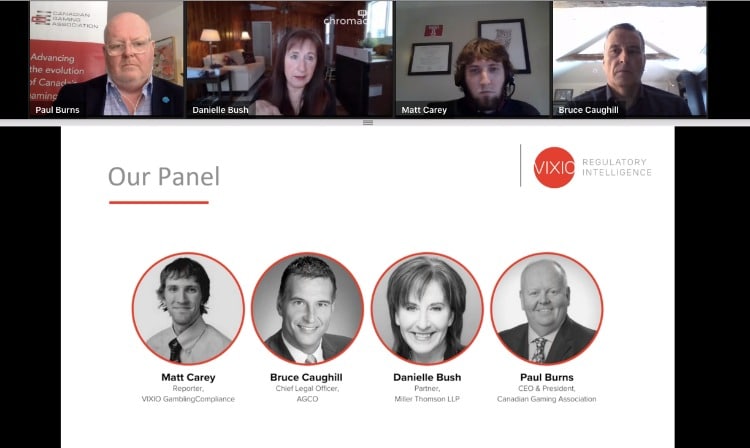 While federal lawmakers in Canada continue to consider legalizing single-event sports wagering by altering the country’s criminal code, stakeholders in Ontario are already prepping to offer it and other digital gaming options.

The short version of where things stand in Canada is this: Gaming is currently not legal at the federal level, but individual provinces can offer gaming services within their borders — unless that’s sports wagering. That could change in the next few months, as the House of Commons has been entertaining a bill that would change that.

“Even though [the federal government]  picked up on single-game betting in the fall, the provincial government in Ontario introduced the objective of modernizing in April 2019,” said Benji Levy, president of Toronto-based theScore, during an iGB webinar last week. “TheScore has been very involved in consultations with all levels of government, and we are pleased how things are progressing.”

Ontario’s government gave its Alcohol and Gaming Commission (AGCO) the green light in December to move forward with iGaming.

With all of that going on in the background, regulators and stakeholders in Ontario have already started the process for offering digital gaming, and, ultimately, sports wagering. During a VIXIO/Gambling Compliance webinar Jan. 26 titled “Ontario: Online Gambling’s Golden Opportunity,” stakeholders discussed what’s happening as well as what could happen.

The one thing that did not come out during the webinar is when, exactly, the province will begin to offer any sort of wagering.

“Just to be clear, I did not bring definitive dates,” said AGCO Chief Legal Counsel Bruce Caughill. “We’re actively involved in building out on the legislative side and the conduct-and-manage side. There is lots of legislation needed and we’ve got that done, and now we’re working on rules.”

Caughill was joined on the webinar by Paul Burns, CEO and president of the Canadian Gaming Association; Danielle Bush, a partner at Miller Thompson LLC; and moderator Matt Carey of VIXIO Gambling Compliance.

The discussion centered mostly around what the requirements to operate iGaming would look like, keeping the application fee low, and how Ontario — Canada’s most populous province — would lead the way for other Canadian provinces. Ontario shares a border with five U.S. states including Michigan, where residents have had access to the Caesars Casino in Windsor, which opened in the 1990s. According to the Caesars website, the casino is currently closed due to COVID-19 restrictions in Canada.

Michigan launched operators for iGaming and sports betting on Jan. 22, and its three commercial casinos in Detroit reopened at limited capacity Dec. 21.

When it comes to digital sports betting, it’s likely that William Hill (partnership with Caesars) will be among the operators in the market, along with Toronto-based theScore, and U.S. giants BetMGM Sportsbook Michigan, DraftKings Sportsbook, and FanDuel Michigan, all three of which were among the first to go live in both Michigan and Virginia in the last week.

Ontario will set tone for rest of Canada

Stakeholders agreed that a low application rate and a low tax rate are paramount to enticing operators to set up shop in Ontario. They also pointed to models in the United Kingdom and New Jersey as ones they would want to see the province emulate.

“We have to convince people that coming in and being licensed in Ontario is to their benefit even if it doesn’t give them access to the rest of the country,” said Bush, who is a leading gaming lawyer in Canada. “It would be a huge bonus to tell sportsbooks they can offer single-event sports betting. Hopefully we will get that go-ahead from federal government before Ontario goes live.”

It appeared there was some concern that operators may not find it appealing to enter the Ontario market if they cannot have access to the rest of the country. But the model is similar to that in the U.S., where any state can choose to offer iGaming or sports betting, and digital platforms are geofenced at the border. It seems the ultimate goal, at least for panelists, would be for legal iGaming and sports gaming throughout the country.

Thanks for the opportunity to share my view on ground-breaking new Canadian gaming initiatives. Great to share the stage with Paul Burns, CEO of the Canadian Gaming Association @CanadianGaming and Bruce Caughill, General Counsel of the AGCO @Ont_AGCO

Either way, Ontario is poised to set the tone.

“I think it’s a watching brief for a lot of other jurisdictions,” Burns said.

Added Bush: “I think that if I were one of the smaller provinces, I would seriously consider, once Ontario is up and running, it would make a lot of sense to simply replicate the same model in your own province.”