Veteran referee Tim Peel was caught saying he wanted to give the Nashville Predators an early penalty -- which he did. 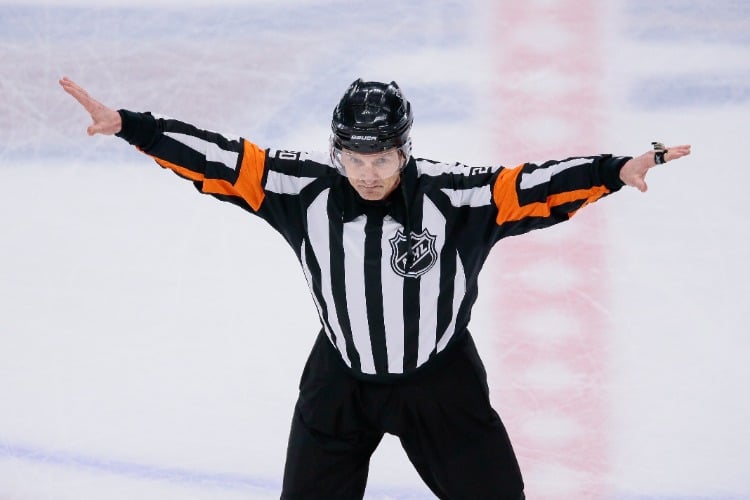 Citing the “integrity” of the game, the NHL fired referee Tim Peel after he was caught on a microphone saying he “wanted to get a f—— penalty against Nashville early” during the Detroit Red Wings and Nashville Predators contest Tuesday night.

The words by Peel first made the rounds on Twitter, where a man can clearly be heard saying the sentence. Further investigation by the NHL determined it was Peel.

Maybe if you're a mic'd up ref, you shouldn't express how you wanted to call a penalty against a team earlier in the game, changing how you ref the rest of the game.

"It wasn't much but I wanted to get a fuckin' penalty against Nashville early in the…"#Preds #LGRW pic.twitter.com/6fZImkdqLr

“Nothing is more important than ensuring the integrity of our game,” Colin Campbell, the NHL’s senior executive vice president of hockey operations, said in a statement. “Tim Peel’s conduct is in direct contradiction to the adherence to that cornerstone principle that we demand of our officials and that our fans, players, coaches and all those associated with our game expect and deserve. There is no justification for his comments, no matter the context or his intention, and the National Hockey League will take any and all steps necessary to protect the integrity our game.”

According to an NBC Sports report, the comment was made in the second period of the game, and Viktor Arvidsson of the Predators was called for a tripping minor moments before Peel uttered the words.

“He told our bench that, so I mean, really bizarre. I just think it can’t happen,” Matt Duchene, center for the Predators, told the Robby & Rexrode show on ESPN 102.5, according to the NBC report. “Imagine the scenario where they score on that power play, we lose the game and we miss the playoffs by a point. Imagine that scenario. That can happen, right? That can happen based on — that’s not out of the realm of possibility. I don’t think there’s a place in hockey for that. You’ve got to call the game. I’ve always been frustrated when I see even-up calls.”

Of course, there’s more than “even-up” calls at play here: With legalized sports betting big and getting bigger, there is obviously zero room in any league for officials to give even the whiff of impropriety.

Peel was a veteran NHL ref, having worked in the league since 1999, and TSN’s Frank Seravalli had previously noted Peel was planning to retire at the end of the season.