She won $3 million playing the game, but BetMGM told her they weren't paying, claiming the game had a "glitch" 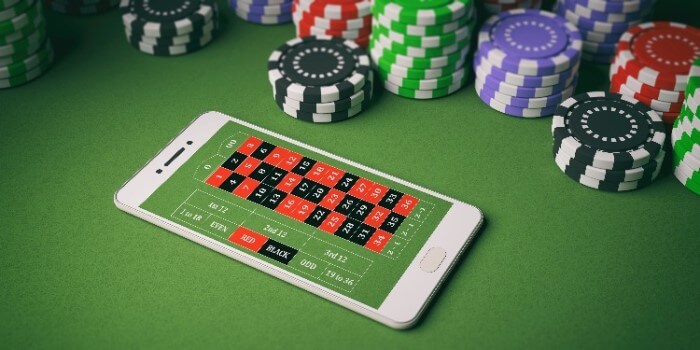 BetMGM is the undisputed king of the Michigan online casino jungle — the company is basically Mufasa — but it doesn’t mean things are always going to be hakuna matata for the company.

In fact, one Detroit woman is claiming BetMGM owes her around $3 million — and the company isn’t paying.

Jacqueline Davis told FOX 2 in Detroit that starting on March 18 of this year, she spent five days playing BetMGM’s St. Patrick’s Day-themed “Luck O’ the Roulette” game. She started with a $50 bet, and won, and lost, and won, and increased her bets, got her winnings up to $11 million(!) and kept on playing, and … and eventually stopped, up over $3 million.

“Who sleeps when they’re winning money?” she asked the FOX 2 reporter.

Everything was aces in Davis’ world; after all, she just became a newly minted millionaire.

A few days later, she stopped by the MGM Grand Detroit to get some of her winnings. In fact, she asked for — and received — $100,000 in cash.

She then went back the following day to get more, and was told “nope.”

“They are claiming there was a glitch in the game,” Davis told the television station.

“Earlier this year, BetMGM became aware of a flaw causing a payout malfunction on its ‘Luck O’ the Roulette’ game,” Mary Kay Bean, the spokesperson for the Michigan Gaming Control Board (MGCB) told MI Bets. “BetMGM notified the MGCB, which withdrew the game at their request. The game was removed from the BetMGM site.”

Clearly, this happened post-Davis, and, not-so-clearly, there may or may not have been a glitch.

Davis is certainly eager to find out, and has hired an attorney in an attempt to get her money out of the company.

And the attorney told FOX 2 that even if there was a “glitch,” it’s not a valid defense.

“They were instructed by regulation to check this every single night, every 24 hours,” David Steingold told the station. “And my client played for five straight days.”

Steingold further questions whether or not there was an actual “glitch,” and wondered if BetMGM refunded any and all losses associated with the game.

Steingold also claims BetMGM offered Davis a deal: Take the $100,000, walk away, and sign a confidentiality agreement. Davis has declined this offer.

No complaint to MGCB

As of now, Davis has not entered a complaint with the MGCB.

“Following a quick review of our records, it appears the MGCB has not received a complaint from the person featured on FOX 2 News Detroit,” Bean said. “We will be happy to review the patron’s complaint if it is filed.”

Bean further noted this is precisely what the MGCB is there for.

“Anyone who feels they’ve been treated unfairly by an authorized internet casino or online sportsbook operator may file a complaint with the operator and the MGCB,” she said. “You can find information about the complaint process and a patron dispute form link on our website, www.michigan.gov/mgcb.”

BetMGM has not responded to requests for comments as of the time of this writing.

This is not the first high-profile instance of a so-called glitch impacting a gambler.

Katrina Bookman went up to an employee to begin the process of collecting her winnings when she was told it was an error and that she could have a steak dinner and $2.25.

Bookman declined the offer, hired an attorney, and sued the casino. It is unclear what the final outcome of the case was, though the machine has a top prize of $6,500, which certainly indicates Resorts had plenty of legal ground to stand on.

It’s not clear what the glitch was in Davis’ case with BetMGM, though if the case winds its way through the courts, it’s bound to come out.