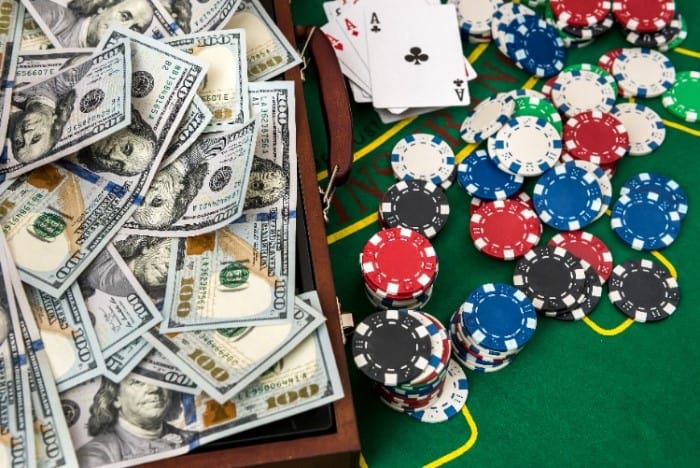 In fact, the amount of money being wagered is blowing away the government estimates.

Consider: During the legislative process back in 2019, the fiscal analysis allowed for $300 million in adjusted gross receipts (AGR) over a six-month period. That was the high end, with $200 million on the low end. It was based on New Jersey’s 2018 launch number of approximately $300 million in AGR, but the report cautioned that while Michigan has a million more adult residents than New Jersey, its per capita personal income is about 40% lower.

Furthermore, the report stated a fully mature market would be somewhere between $400 and $600 million a year in AGR.

Well … Michigan gamblers have a thing or two to say about that analysis.

And know this: This is not some flash-in-the-pan phenomenon thus far, as the last three months have seen the monthly AGR hold steady in the $88 million range (it even went up to over $89 million in May).

So … was the analysis by the Michigan House Fiscal Agency wrong? Is Michigan an outlier? Is the market already mature?

In its latest bi-weekly newsletter — The EKG Line — Eilers and Krejcik Gaming took note of Michigan’s meteoric rise in the world of online casinos.

The note discussed gross gaming revenue (GGR) instead of adjusted, but the takeaway was simple: Michigan “may find its ceiling sooner than any other U.S. online casino market to date,” it read. EKG noted the income disparity between New Jersey and Michigan as well, in wondering how much “headroom for growth” remains.

As to the “why” of Michigan becoming such an immediate force? The industry watchers at EKG pointed to numerous factors, calling it a “perfect storm” and included “COVID, the blank-check spending posture of major operators, the concurrent launch of online sports betting and online casino amid a tentpole sporting event, the concurrent launch of multiple tier 1 operators, and a low-tax online sports policy structure that also places no cap on the amount of promo spend that can be deducted from taxable revenue.”

In short: Plenty of tailwinds for Michigan’s quick ramp-up.

Additionally, EKG pointed out the casino GGR per adult is $12, which matches the more mature Pennsylvania market. It still trails New Jersey at $16 per adult, but EKG notes New Jersey’s market is “juiced” by New Yorkers playing the games when they cross the Hudson River.

Iden: All part of the plan

But perhaps there’s a little more to the story. Perhaps the tailwinds EKG noted were due to plenty of forethought by the state legislature. Sure, they weren’t accounting for COVID keeping people in their homes, but it wasn’t an accident that the launch happened around the Super Bowl, that online gaming and sports betting launched at the same time, that many operators opened up for business on day one, and that the tax rate was set at a modest level.

Well, at least one (former) legislator thinks that’s the case.

“Regardless of predictions from fiscal experts throughout the process, I always maintained tremendous confidence in the prospects for the Michigan market and it’s off to an incredible start,” said former state Rep. Brandt Iden, the author of the bill. “Even with optimal global conditions created by COVID for an online launch, the market is quickly becoming an industry leader. Michigan once again highlights that good public policy allowing for a competitive market, with low tax rates and consumer protections, will ultimately lead to success. As I work with legislators throughout the country, I am proud to highlight the Michigan model.”

And while it’s true that “all good things come to an end,” it would certainly seem that, at least for now, online casino operators in Michigan can only expect the market to continue down its highly profitable path for the foreseeable future.