Lions Limp Back Home For Date With Dolphins

In a game sportsbooks have pegged as the highest-scoring of the week, Detroit looks to get right 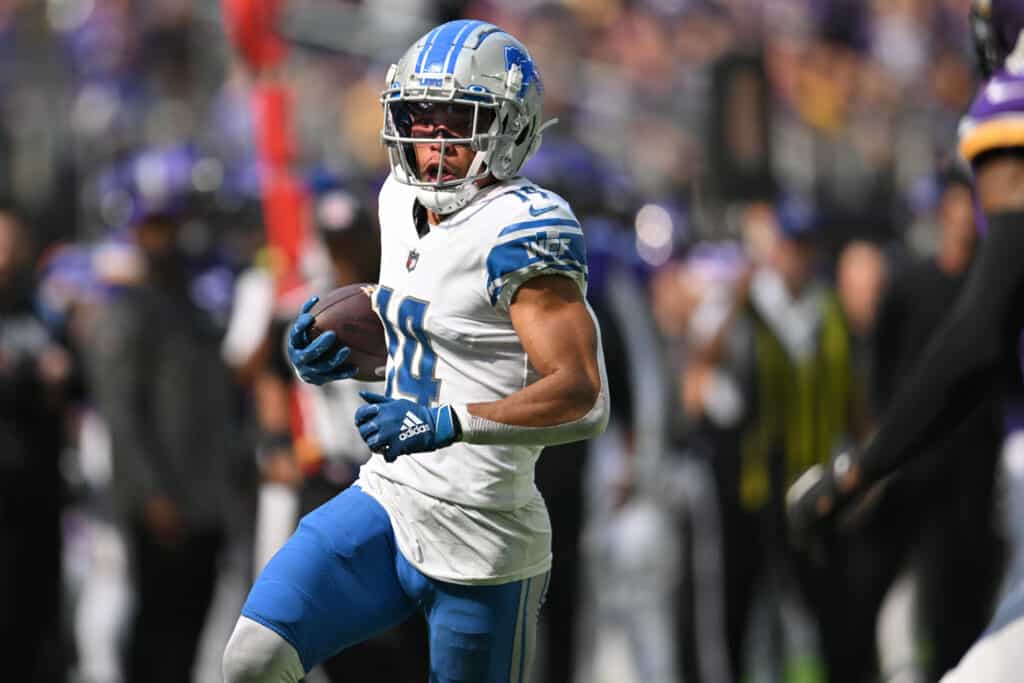 Yes, the current favorite to be the top pick in the draft (he’s +180 at DraftKings) might end up on the team that currently would have the No. 1 overall pick, the once again disappointing Detroit Lions.

Peyton Manning and @Jeff_Daniels are trying to break the Lions curse.

The new episode of ‘Peyton’s Places’ is all about Detroit. It airs Sunday. We got a preview and it is HILARIOUS.

Check out this first look: pic.twitter.com/yL8vTSSOQ8

Of course, while Jared Goff hasn’t exactly set the world on fire, it’s certainly not his fault that the Lions have the worst record in the NFL at 1-5. The fault, mostly, lies with the leaky defense. And by “leaky,” we mean “call a plumber.”

What is interesting is the Lions also hold another first-round pick next year — that of the Rams, who are also disappointing — so it’s very possible there will be two top 10 (or 15) picks in the Lions’ future. And while it’s probably too early to start wondering what the Lions should do with these picks, clearly they are going to need help on the defensive side of the ball.

imagine being told at this moment that the detroit lions were going to be 1-5 and the worst team in the nfl at the end of week 7 pic.twitter.com/iPCShgbc1u

Detroit’s problems on defense are probably going to be highlighted this week in a home tilt against the Miami Dolphins. Predictably, the sportsbooks aren’t too keen on the Lions this week.

Detroit is a +163 moneyline underdog at BetRivers, and if you’re inclined to take the points, the Lions are getting 3.5 at Caesars at -105.

All in all, these lines aren’t as terrible as they could have been. After all, it’s been a rough few weeks for the Lions, with the shutout loss in New England and the shutdown loss in Dallas. And this week, the Lions should have D’Andre Swift back on the field, along with the not-concussed (but still in concussion protocol) Amon-Ra St. Brown.

Those two, along with the Dolphins’ speedy wideouts, Tyreek Hill and Jaylen Waddle, have pushed the over/under on this 1 p.m. tilt to 51.5, the highest of the week. The over can be had for -105 at PointsBet.

This game certainly has potential for fireworks, despite the Lions’ inability the last few weeks to find the end zone. Assuming health, there is little reason to think Detroit’s offensive potency won’t resume Sunday.

Predictably, player props for Lions players are scarce to the point of non-existent at this juncture, once again due to Swift’s and St. Brown’s ongoing medical uncertainty. But to give you some idea of how high some of the props are going to be, Caesars has set Dolphins quarterback Tua Tagovailoa’s passing yards total at 272.5, a number he’s only hit once in his four full games this year.