DraftKings executive among those joining board as commercial sports betting nears 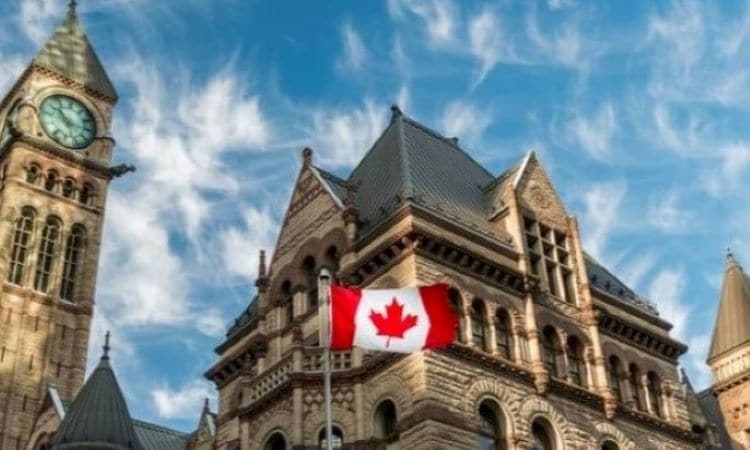 The Canadian Gaming Association (CGA) announced the appointment of four new members to its board of directors Monday, including DraftKings executive Jeffrey Haas.

Haas, who serves as senior vice president of international strategy at DraftKings, has more than 20 years of experience in the gaming industry. Besides DraftKings, Haas has also spent time at PokerStars, the World Poker Tour, the Asia Pacific Poker Tour, and the European Poker Tour during his professional career.

He is joined as new appointees to the board by FansUnite Entertainment CEO Scott Burton, Nuvei Chief Corporate Development Officer Neil Erlick, and Chuck Keeling. who serves as vice president of stakeholder relations and responsible gaming for Great Canadian Gaming Corp.

“These seasoned professionals have strong track records as trusted leaders in the gaming industry, and they will provide invaluable insight as we look to launch a regulated iGaming market in Ontario and single-event sports betting across Canada,” CGA President and CEO Paul Burns said in a statement.

The expansion of single-game sports betting is a top priority for the CGA as Ontario nears the launch of the private iGaming market, tentatively scheduled for next month.

“That the CGA board added four new members is a testament to the association’s exponential growth in 2021,” said Carrie Kormos, chair of the board. “We welcomed 18 new members and diversified by adding sports betting and eSports operators, payment companies, and many non-gaming suppliers. This will provide the CGA with an opportunity to act as a convenor for the industry as a whole and build collaboration during this exciting period in Canadian gaming.”

“PointsBet Canada prides itself on excellence. This is why we are teaming up with two of our country’s top curling teams,” PointsBet Canada CEO Scott Vanderwel said. “We are uniquely Canadian and want to support athletes and teams that embody our love for sport and the maple leaf.”

Koe’s team finished fourth at the PyeongChang 2018 Winter Olympics after dropping a semifinal match to Team Shuster of the U.S., the eventual gold medalist. Koe is a two-time world champion and four-time Canadian champion in curling.

Can officially shout it from the rooftops! We're proud to be partnering with two of the best curling teams in the world @EinarsonTeam and @TeamKevinKoe! 🥌🥇

“We are proud to have a world-class operator like PointsBet Canada on our team,” Koe said in a statement. “Our sport is evolving and fans are interacting with us in new and exciting ways. PointsBet’s collaboration will take curling to the next level.”

On Tuesday night, Canada will host Mexico at Edmonton’s Commonwealth Stadium in a critical FIFA World Cup 2022 qualifier. Canada enters the match in third place in the CONCACAF standings with 13 points, one point behind Mexico and the U.S.

Heavy snowfall was expected early Tuesday before clearing in the afternoon, according to Environment and Climate Change Canada, but with gusts of up to 40 mph, the wind chill was expected to drop to minus-16 degrees Celsius Tuesday night.

Been hearing from people offered tickets to tonight’s Canada v Mexico soccer game, from people not able to get to Edmonton because of weather. Take tix, buy cheap offerings on Ticketmaster. We can do snow. Let’s show the doubters and make a sea of red!! Qatar!!

In three-way betting at PROLINE+, Mexico is a slight +260 favorite over Canada (+265) with odds on a draw at +285. Canada last participated in the World Cup in 1986, the nation’s lone appearance in the global event.