The game features loud, angry gorillas and the potential for huge payouts

When it comes to gorillas, I have a hard and fast rule: I don’t mess with them.

Sure, if I happen to stumble into a zoo, I’ll “oooh” and “aaah” at the beasts. But should I ever, say, be on safari in Africa and come face-to-face with the animal that shares 98% of our DNA? Yeah, I’m gonna just go ahead and slowly back away.

Which is probably what I should’ve done when I sat down to try my luck at Silverback Gold, one of the newer slots at BetMGM Michigan casino.

Silverback Gold starts off easy enough. Give the slot a spin and maybe you’ll get some kings and queens, or some snakes and cheetahs.

Get three of them across the first three reels, win a little bit of money. (Spins cost as little as a dime or as much as $50.) But if you get two gorillas on the first two reels, you cash.

Gorillas, really, are what we’re after. More gorillas = more money.

Wilds can appear on reels two, three, and four, and appear as sundowns. That’s pleasant. Also, if you happen to stumble into free spins – we’ll get there in a moment – the wilds turn into multipliers, and if you get two or more, they get multiplied together. Who said you’d never use high school math?

Collect three scatter symbols – they look like coins – and you go into the bonus round, where you get free spins. But before that, you go into an automatic spin phase for the coins you collected. A number is revealed for each coin, and then you get three chances to collect another coin. If you collect another coin, you get three more chances. In effect, you can collect up to 20 coins. At the end of this phase, the coins are added up. 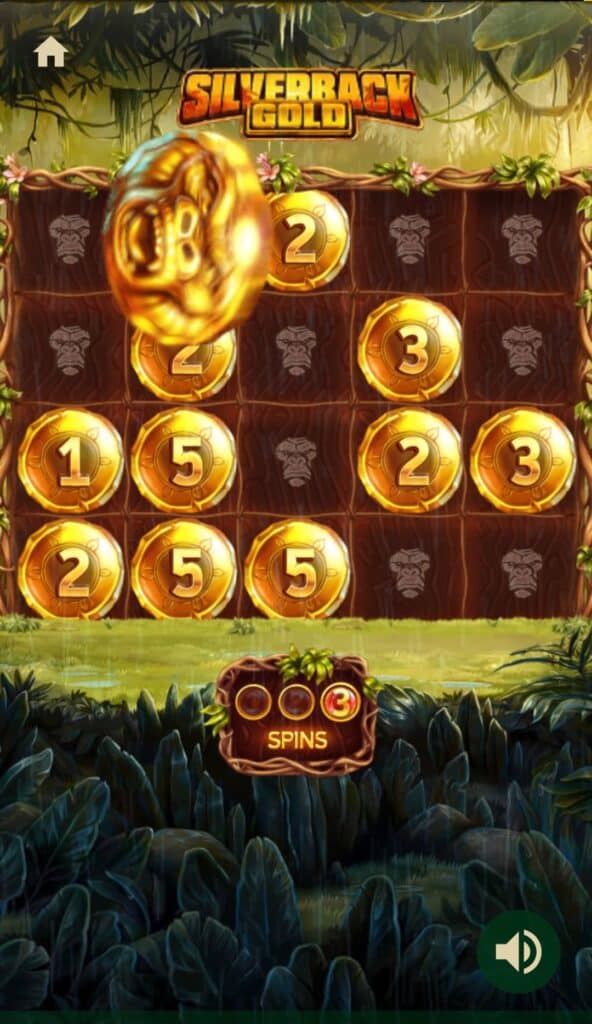 You take that number into the bonus round – free spins – and the goal (again) is to get as many gorillas as possible. The coin number, depending on how high it is (and it can go up during the free spins provided you collect more coins), will turn other animals into gorillas during the spin. 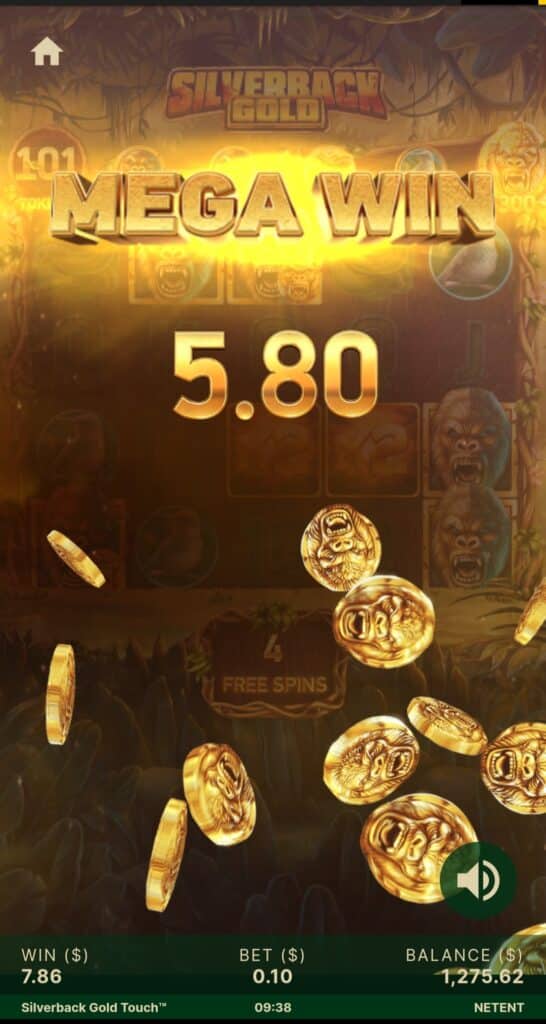 For 100x your bet (i.e., wagering $10 instead of 10 cents), you can buy your way into the bonus round, where you’re guaranteed to get at least 10 free spins. Also, at any time during the regular game, there can be a “Silverback Attack,” where at least six random gorillas will be placed on the board pre-spin.

I think that’s about it. I need a moment. Very stressful trying to explain all this. About as stressful as facing a gorilla in real life.

As might be expected, the slot is jungle-themed, with what can only be described as “jungle-themed” music playing in the background. Like a particularly tense moment in a Tarzan movie, that’s the sound.

The other sound to watch out for – and it honestly took me by surprise – is the gorilla roar, which happens when you get paid out as a result of gorillas showing up on the spins. It’s surprisingly loud. 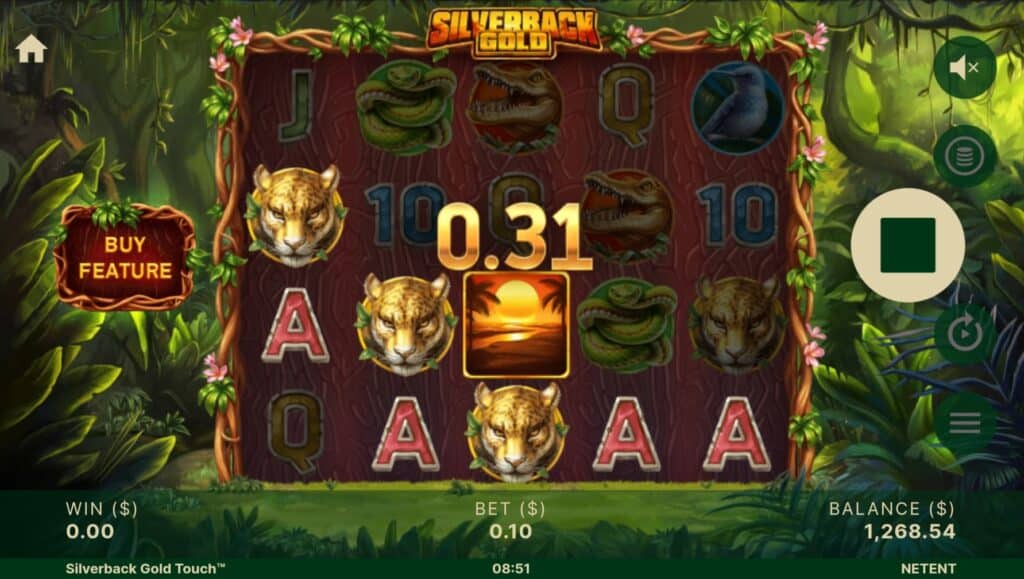 But that’s about it as far as what sets the game apart on looks alone.

OK, I will freely admit I went on tilt. I lost $12 during the “official reviewer” portion of the program, and then another (redacted because my wife might read this) trying to win back the $12.

Note: Don’t ever do that. And I normally don’t. So what set me off?

You hit the spin button and, randomly, you’ll get the Silverback Attack, where anywhere from six to 20 gorillas will be placed on the reels, locked and loaded for the spin.

It’s a cool feature, except I hit it three times, and three times I won nothing.

Call me old-fashioned, but when I’m playing a slot and get a “bonus” of some sort, I’m expecting to win at least something. I also got the sum total of zero bonus rounds, despite spinning the wheel hundreds of times.

So I bought the bonus game in an effort to see what it’s all about. I bought it six times and I only “won” once, profiting 82 cents on the outcome.

I’m not saying Silverback Gold is not a fun slot. I mean, all slots are kinda fun. But this one in particular – it’s a dime slot, for crying all night – would be a lot better with a higher rate of payouts. Give me a nickel win more often to keep me spinning. It should be more rewarding to my lizard brain.

Of course, had I won, I might be singing a different tune. I recognize that. Just don’t tell the gorillas I didn’t give this game a 10/10, m’kay?