Gambler Knew Odds Were Too Good To Be True, But Sues DraftKings In Federal Court

Despite telling DraftKings that odds seemed off, gambler seeks judgment in court 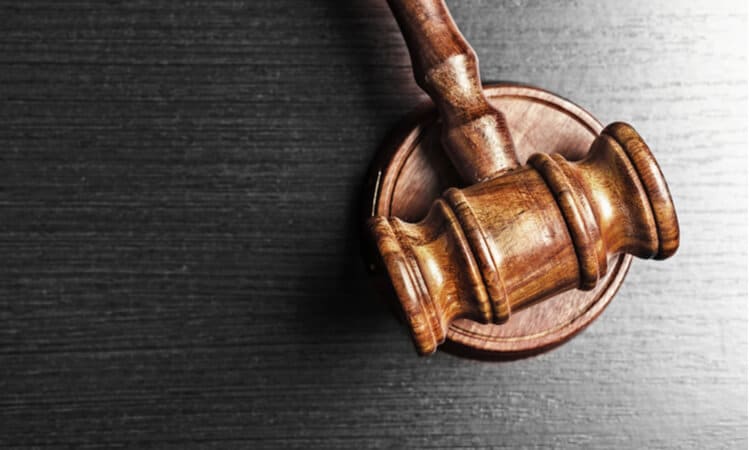 DraftKings has been sued in federal court by a Michigander over a hockey wager.

According to the Detroit Free Press, a gambler by the name of Ryan Cristman filed suit in U.S. District Court last month alleging that DraftKings stiffed him on a hockey payout worth more than $5,000. DraftKings hasn’t yet responded to the suit in court.

According to the lawsuit, DraftKings cited a “display issue on the event interface” that resulted in incorrect odds being posted to its platform.

Per the lawsuit, Cristman bet $915 on the Boston Bruins vs. New York Rangers on Feb. 10.

In emails provided in the “putative class action” lawsuit, Cristman contacted DraftKings prior to the game to double-check that the odds were right and called the wager “free money.” DraftKings, apparently not yet aware that the odds were wrong, said everything looked good.

The Bruins ended up winning 3-2.

The problem for Cristman was that DraftKings meant to list the Bruins at -3, and so the sportsbook graded his wager as a loss and refunded his bet and offered him $100 in site credit. That wasn’t good enough for Cristman, hence the lawsuit seeking much more than $5,000.

“I tied up my whole $900 because the odds were so good,” he said in a communication with DraftKings customer support.

Despite the purported class action nature of the suit, it only lists Cristman and DraftKings as parties.

The suit alleges DraftKings engaged in a breach of contract related to the wager.

Cristman is represented by Ari Scharg, a lawyer at Edelson PC in Chicago. Scharg claimed that states looking to legalize sports betting will pay attention to his lawsuit and that DraftKings’ business is at risk.

“DraftKings is in a precarious situation. They’ve undertaken a massive PR campaign to lobby other states to allow sports wagering. It seems like they want to retain control to unilaterally void bets when they lose,” Scharg said, per the Detroit Free Press. “There’s going to be a lot of people watching, as they want to know if it’s going to be OK to legalize it in their state.”