Which Sportsbook Is Winning In Michigan? Well, It Depends

By handle, it's FanDuel, at least for now. By gross receipts, it's BetMGM. By adjusted gross revenue ... 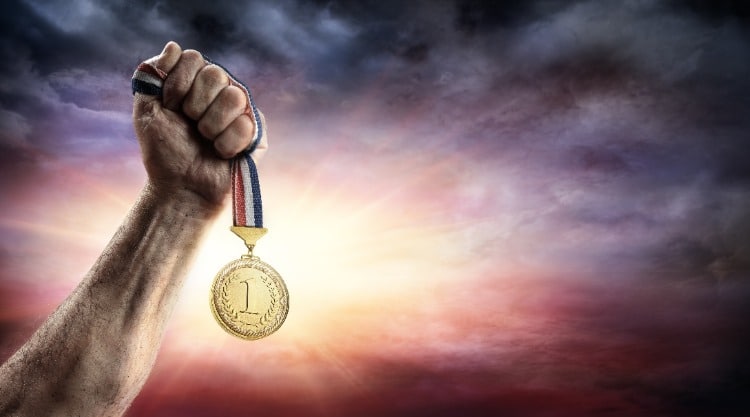 So which Michigan sportsbook rules the roost — at least so far?

Not nearly as poetic or pretty, but it does roughly sum up the situation in the state.

Which sportsbook is #winning? It all depends on what number you’re peeking at — and even that won’t tell the whole story.

For purposes of this glance under the hood, we’re only going to concentrate on the sportsbooks that launched on or around Jan. 22, when it was first legal to do so. So sayonara to Parx, FireKeepers and Four Winds; we’ll catch up soon.

As for the rest? Looking strictly at handle — the sheer amount of money wagered with the sportsbook — FanDuel Michigan is the clear leader thus far with over $634 million booked. Second place is DraftKings Michigan, with $584.1 million. Third is BetMGM Sportsbook Michigan, at $516.3 million.

From there, the handle takes quite the tumble, with Barstool Michigan coming in fourth with $223.3 million.

A few notes on handle here: DraftKings has had a strong few months and looks poised to potentially topple FanDuel for the top spot by year’s end. Also, Caesars has been making a very strong push since the rebrand from William Hill.

Just when Michigan's online sportsbook and online casino markets seemed to be settling into a groove, the June revenue reports revealed a few surprises. @jeffedelstein on some risers and fallers from the past month: https://t.co/2wnvgVL98H pic.twitter.com/oWPgpmfZu8

But the big takeaway? It’s a three-horse race, with Barstool all by its lonesome in fourth. After that, there’s plenty of space for any operator to make a move north.

Of course, handle is but one part of the equation. Actually making money on these bets is a whole ‘nuther matter.

And when it comes to gross gaming receipts (GGR), the picture gets a little more interesting. FanDuel leads the pack with $54.7 million in gross gaming receipts, for a hold of 8.6%. BetMGM is right there, to the tune of $53.6 million, which is good for a whopping 10.4% hold. (Maybe Floyd Mayweather Jr. isn’t a very good sports bettor, as Dave Portnoy suggested a few months back.)

And here’s the interesting part: DraftKings is a distant third in GGR, with barely $30 million, good for a mere 5.1% hold. Apparently, there are some sharper folks in that neck of the sportsbook woods.

Barstool is fourth, with $19.1 million GGR. And compared to DraftKings, it is doing gangbusters, basically making 44% less gross receipts but with 89% less handle.

Other notable winners on the GGR vs. handle spectrum include PointsBet, with an 11.4% hold, and FOX Bet at 8.4%.

But just when you think you’ve got the winners and losers figured, there’s …

And when looking at this, the numbers go a bit sideways. For instance, BetMGM reports $27.2 million in adjusted gross receipts, FanDuel $26.9 million. Barstool comes in at $10.1 million. But DraftKings? After promotional play is accounted for, the company is reporting only $239,746 in adjusted gross receipts. In short: DraftKings is giving out a ton of promo play, BetMGM and FanDuel not as much, and Barstool even less.

The upshot of all this AGGR?

The online sportsbooks have taken over $2.23 billion worth of bets and paid about $4.38 million in taxes on the $60.5 adjusted gross receipts score. It’s an effective tax rate of 2.4%.

It’s more than worth noting these sportsbooks might be playing the same game, but they are on different fields. For instance, it’s clear DraftKings is market share-driven and is spending a ton on marketing and free play, whereas Barstool is clearly content to let Portnoy and Co. lead the marketing charge. Other companies may be satisfied with their small slice of the pie, while some, like Caesars, are clearly ramping up their efforts.

So who’s No. 1 in Michigan? The answer is truly maddening: It depends.

New to sports betting in Michigan? Try one of our exclusive bonuses like BetRivers bonus code Michigan or BetMGM promo code Michigan.