With most of starting pitching staff on the shelf, team is big underdog in weekend series vs. Yankees 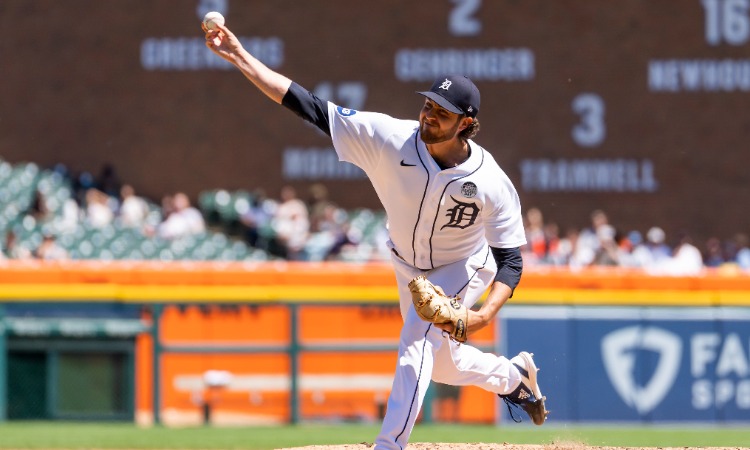 The moderately high hopes for 2022 becoming the turnaround season for the Detroit Tigers have been torpedoed, mostly due to injuries.

Well, “mostly” might be underselling it, as the pitching staff has been decimated by strains, sprains, tears, and all manner of misfortune.

Eduardo Rodriguez, Casey Mize, Matt Manning, Michael Pineda, Tyler Alexander, and Spencer Turnbull are all on the injured list, and Tarik Skubal luckily escaped with his leg intact after taking a liner off his shin a few weeks back.

Were the Tigers mean to the injury bug? If they say sorry will it stop biting them?

Joey Wentz, in the middle of a gem in his 2nd MLB start, was pulled with a left-shoulder strain in the fifth inning.https://t.co/Is6vWZuNwF

As a result, the Tigers have been trotting out the likes of Beau Brieske and Alex Faedo every five days, and the results have been more or less as expected (although they are an impressive 7-3 over their last 10).

On the hitting side, where injuries aren’t an excuse, things aren’t any better than on the pitching side. The squad has the third lowest batting average, the second worst on-base percentage, the worst slugging percentage, and the worst wOBA in all of Major League Baseball.

This weekend, the Tigers are visiting the Big Apple to play a three-game set with the AL East-leading New York Yankees, with Faedo going Saturday, Rony Garcia toeing the rubber Sunday, and Elvin Rodriguez kicking things off Friday night against Gerrit Cole.

The Tigers are +290 underdogs on such Michigan mobile sportsbooks as FanDuel, FOX Bet, and WynnBET for Friday’s game.

And as can be imagined, betting on the Tigers’ future prospects for the rest of 2022 are a bit like fishing for cats: You can try, but your success rate will be hovering around zero.

As far as MVP and Cy Young award markets go, the less said, the better.

Even Spencer Torkelson, who was among the favorites to win the AL Rookie of the Year award in spring training, has seen his odds soar to +3000 on Caesars to take home that piece of iron.

All in all, this is shaping up as a “wait ‘til next year” campaign for the Tigers. It’s a shame, too, as injuries have been the main culprit.