Tigers Stumble Out Of The Gate, Sportsbooks Take Notice 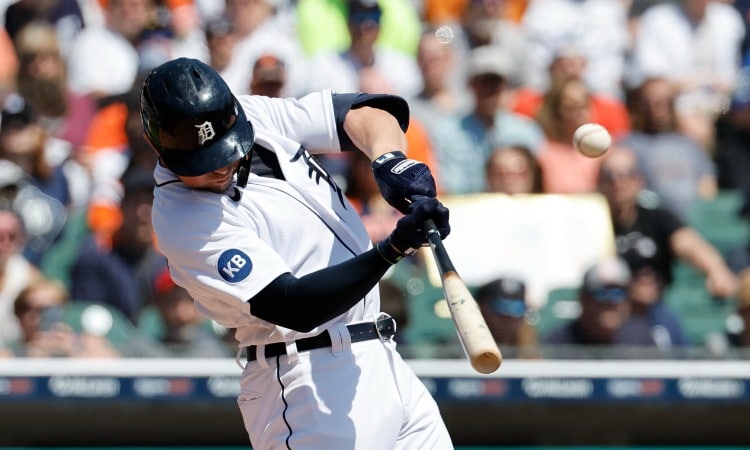 A month is in the book and the new-look Tigers … well, they look like the old-look Tigers, limping to a 7-14 record to start the campaign, good for last place in the AL Central.

Bright side alert, however, is this: The Minnesota Twins, at 13-9, lead the pack, and everyone else is under .500. So there’s still hope.

Of course, the team has already been hit by the injury bug, which thus far has been less mosquito and more murder hornet. It started at the tail end of spring training when potential phenom Riley Greene fouled a Gerrit Cole pitch off his foot. It’s continued into the season, with would-be ace Casey Mize on the shelf with elbow problems, and another young arm, Matt Manning, dealing with a shoulder issue.

When 40% of your starting rotation is watching the games on TV and the calendar is still in a place where snow flurries wouldn’t shock, it ain’t good.

Matt Manning removed for the Tigers today after 2 innings with shoulder discomfort.

Come ON! This Tigers team is getting so close and getting exciting and now the injury bug.

All within a few days 🤦🏻‍♂️

All in all: not great. But perhaps a two-game home tilt starting Tuesday against the equally poor Pittsburgh Pirates will help the team start getting its roar on.

Meanwhile, sportsbooks have predictably soured on Detroit. It entered the season as a +6500 longshot to win the World Series at PointsBet Sportsbook. Today, you can get the Tigers at +20000 at DraftKings.

Preseason, the Tigers were at +750 to win the AL Central; today, they are +2500 at FanDuel Online Sportsbook.

One place where the odds have shortened — even if just a tiny bit — is in the AL Rookie of the Year market. First baseman Spencer Torkelson entered the campaign at +500 at BetMGM to take home the iron. Today, he’s down to +450 at Caesars, good for second best behind Kansas City Royals shortstop/third baseman Bobby Witt Jr.

I showed my dad this video of Spencer Torkelson’s dad crying while Tork made his MLB Debut.

My dad looked me in the eye and said “this is something you’ll never be able to give me.”

Torkelson’s numbers thus far — three dingers, but a .190 batting average, a .311 OBP, and striking out more than one in every three times at bat — aren’t exactly awe-inspiring, but in the interest of fairness, it’s probably OK to give the player FanGraphs calls the best college hitter in a decade the benefit of the doubt.

As far as the MVP and Cy Young award markets go … well, not exactly robust.

Free agent signee Eduardo Rodriguez has been less than stellar to start the season despite decent-looking advanced stats, and is 80/1 at Caesars Sportsbook to win the Cy Young. He started the season at 50/1.

While not everything is coming up roses at Comerica just yet, there is one giant bright spot thus far for the Tigers: The bullpen is stellar, leading the entire league in ERA through the month of April at 1.97.