Some Surprising Numbers In The Michigan Online Sportsbook And Casino World 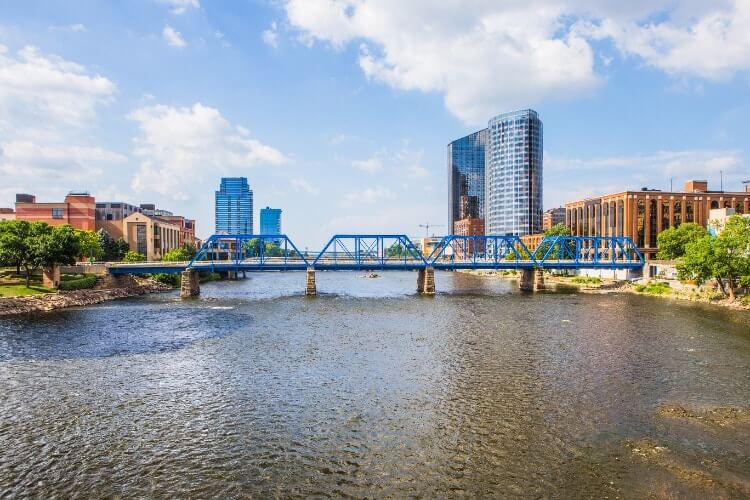 Online sportsbooks and online casinos launched on Jan. 22 in Michigan, and it’s safe to say both industries are exceeding expectations.

On the sportsbook front, total handle is just shy of $1.5 billion, and on the casino side, gross receipts are at a touch over $483 million. Both of those numbers are shattering legislative estimates.

And there have certainly been winners and losers thus far.

On the sportsbook side, FanDuel, DraftKings, and BetMGM have taken in over 77% of the total handle, leaving crumbs for the rest. On the casino side, BetMGM is dominating the space, accounting for 36% of the gross receipts all by itself.

And just when it appeared everyone else was settling into whatever groove they had for themselves, a trio of surprises popped up in the June revenue reports.

In February, the first full month of online sportsbook operation, WynnBet slunk to a 10th place finish (out of 12) in handle, with a meager $1.4 million. Since then, the company went up a bit, back down a bit, down a bit more, and then in May, the company booked $1.4 million again in bets.

June, however? Try over $5.4 million, a massive increase, and good for seventh place (now out of 13).

It’s worth noting that the company lost over $460,000 on bets in June, but it clearly made a ton of headway in attracting customers. Part of the reason may be WynnBet announced a partnership with the Detroit Lions, and the company also made a big Twitter splash with a contest that will have the winner hanging out at the Detroit Pistons’ draft party this Thursday night.

*eligible to MI residents only*

Some perspective here: Even with its $5.4 million month, that was still only good for 2.2% of the June market in Michigan, and clearly far off the leader, FanDuel, which booked over $77 million. Nonetheless, WynnBet appears to be making a move.

Plenty of analysts were bullish on Golden Nugget in the online casino space. After all, the company has been a dominant force in the New Jersey market for years.

And at launch, Golden Nugget … well, it was more like Honorary Mention Nugget, limping to $2.2 million in February revenue, well off the pace set by the blistering BetMGM at nearly $27 million.

As the months passed, things didn’t get much better for Golden Nugget, though it did break the $3 million barrier each successive month.

June, though, saw a potential breakthrough, with the company taking in over $4.3 million, good for a fifth-place finish overall, with BetRivers firmly in its sights.

Golden Nugget still has a way to go to battle for the second or third position — FanDuel and DraftKings usually flip-flop, at around $15 million or so — but for the first time since launch, it’s not so far-fetched to picture Golden Nugget making a move.

Perhaps the biggest surprise in the Michigan market is the difficulty experienced by Penn National’s Barstool Sportsbook.

This was another sportsbook the analysts loved pre-launch, and the Dave Portnoy-led (at least on social media) site made waves in February with a handle of $40 million, good for fourth place behind market leader FanDuel (at $87 million).

Since then, however? Not good.

While Barstool has held its fourth-place position every month, the company only booked $16 million and change in June.

It’s certainly too early to count Barstool out, but the company’s numbers have to be disappointing to the top brass. It will be interesting to see what the coming college and pro football seasons look like for the sportsbook, especially if Portnoy — a University of Michigan alum — decides to hunker down in the state for another round of pizza reviews and saving businesses.