PointsBet has signed Rip Hamilton on its team to help promote the brand days ahead of online sportsbook launch in Michigan. 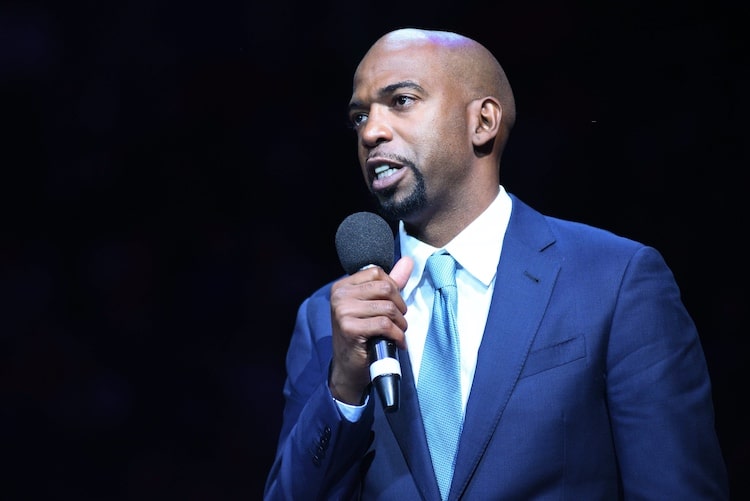 PointsBet has become the latest major U.S. sportsbook operator to partner with the Detroit Pistons as competition builds ahead of Michigan’s launch this month of online sports betting.

PointsBet, an Australian-based firm with a PointsBet USA subsidiary, announced Tuesday that it has reached a signage and sponsorship deal with the Pistons that will provide it exposure at Little Caesars Arena and on the team’s broadcasts and social media.

In November, the NBA franchise publicized similar deals reached with DraftKings Inc. and FanDuel Group. Also previously, PointsBet entered a sports betting partnership with the Detroit Tigers, which was the first one involving an MLB team.

Such agreements can give operators a leg up on the competition in promoting their betting brand with avid sports followers, particularly those watching or listening to broadcasts of games since in-person attendance at events has been curtailed due to the COVID pandemic.

The timing of the PointsBet-Pistons announcement is particularly acute, in that the Michigan Gaming Control Board is completing preparations to enable launch this month of up to 15 online sportsbooks, including PointsBet — most likely around Jan. 15. PointsBet wants to be quick out of the gate while starting at the same time as its competitors.

Rip Hamilton is on the PointsBet team

PointsBet is able to operate in Michigan through a multi-year retail and online sports betting agreement with the Lac Vieux Desert Band of Lake Superior Chippewa Indians, which operates the Northern Waters Casino Resort.

To help promote its name and attract Michigan sports fans who may be unfamiliar with the company, PointsBet is also relying on one of the Pistons’ greatest stars of this century, Richard “Rip” Hamilton.

It has designated Hamilton, a nine-year Piston who starred on the 2003-04 NBA title team, as a brand ambassador to be the face of the company’s Michigan-based sports betting products. Sports fans around Detroit and the rest of the state will remember how the facemask-protected shooting guard helped produce six straight Eastern Conference Finals appearances for a franchise that has slumped of late.

“My love for Michigan and the city of Detroit is no secret,” Hamilton said in a PointsBet press release. “I’m incredibly excited to join the PointsBet team and help usher in the fastest, most premium sports betting experience to the best fans in sports.”

The roster of PointsBet brand ambassadors includes Hamilton’s former Eastern Conference foe and Hall of Fame guard Allen Iverson, who spent 12 of his 17 NBA seasons with the Philadelphia 76ers beginning in 1996-1997.

While PointsBet’s sports betting platform isn’t yet available in the state, it does provide a free-to-play challenge contest for anyone interested. That is the PointsBet Pick 6, a game that allows sports fans across the country to experience the operator’s service and technology while having an opportunity to win $25,000 every week.

Gary is a longtime journalist, having spent three decades covering gambling, state government, and other issues for the Pittsburgh Post-Gazette, in addition to stints as managing editor of the Bedford (Pa.) Gazette and as a reporter for United Press International and the Middletown (Conn.) Press. Contact Gary at gary@usbets.com.

Gary is a longtime journalist, having spent three decades covering gambling, state government, and other issues for the Pittsburgh Post-Gazette, in addition to stints as managing editor of the Bedford (Pa.) Gazette and as a reporter for United Press International and the Middletown (Conn.) Press. Contact Gary at gary@usbets.com.