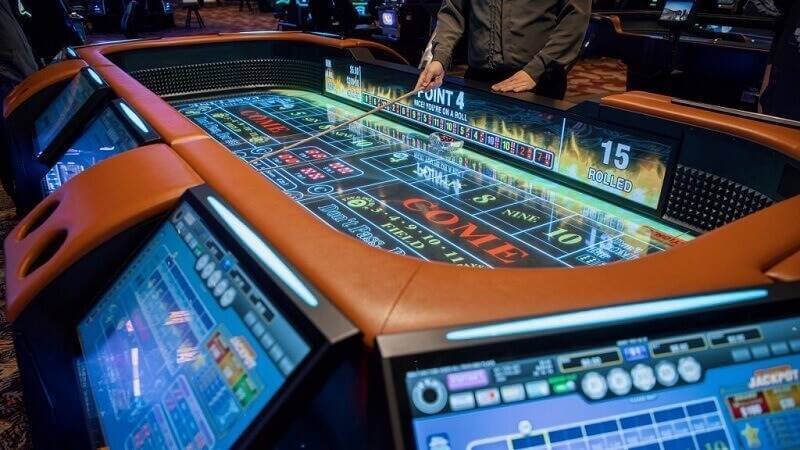 PointsBet entered the U.S. legal gambling market in New Jersey in July 2018, taking its first bets in the state in January of the following year. The company has since gone live in Indiana and Iowa and has agreements in place to begin operating in Michigan, Illinois, and Colorado in the near future.

The streaming video games are filmed at Evolution’s studio in Atlantic City, N.J., but the company has plans to open additional studios in Pennsylvania by the end of this year and in Michigan in 2021.

“We are thrilled to partner with Evolution Gaming to launch Live Casino technology in U.S. jurisdictions, where we plan to offer our proprietary online casino platform,” said PointsBet Chief Innovation Officer Seth Young in a statement. “The addition of Live Casino extends the appeal of PointsBet’s premium product in the rapidly growing U.S. market.”

iGaming Success in Other States

Five states have legalized mobile casino gaming: New Jersey, Pennsylvania, Delaware, West Virginia, and Michigan, where it will be available later this year or in early 2021, when the Wolverine State anticipates completion of the regulators’ rulemaking process and the processing of online casinos’ and bookmakers’ applications to run digital gambling businesses. (Online poker is legal in Nevada, but so far, table games are prohibited.)

Despite only being available in a handful of states, mobile casinos are beginning to thrive in the United States. A recent study by Vixio Gambling Compliance listed New Jersey as the third-largest regulated internet casino market in the world and Pennsylvania as the fifth. The rest of the top-five included the United Kingdom, Italy, and Sweden. In New Jersey, iGaming revenue from the Atlantic City casinos is up 99.4% through the first half of 2020, compared to 2019, and the gross revenue for Pennsylvania’s online casinos more than doubled in June, compared to March.

With the COVID-19 forcing brick-and-mortar casinos to operate at limited capacity in Detroit and around the United States, as well as the way the ongoing pandemic may change how many people view large public gatherings for the foreseeable future, online gaming has become an attractive alternative for the casino industry.

PointsBet has positioned itself to get in on the action through its deal with Evolution, part of the international sportsbook’s ongoing effort to expand its visibility in a U.S. market more familiar with established brands like DraftKings and FanDuel. A notable facet of PointsBet’s strategy has been its partnerships with professional sports leagues and individual franchises, which guarantee PointsBet exclusive use of official league statistics and team logos, as well as providing ad space in team arenas and stadiums for PointsBet branding.

PointsBet’s official partnership with the Detroit Tigers in MLB was consummated last month, and the company has entered similar agreements with the NBA’s Indiana Pacers and Denver Nuggets, the NHL’s Colorado Avalanche, and National Lacrosse League’s Colorado Mammoth.

“It has been a very strategic blitz to become a major player in the U.S. — we have huge aspirations,” said Ron Shell, vice president of customer and insights, in a recent interview with Gambling.com. “The Tigers deal was the first sportsbook to partner with an MLB team and Michigan is a huge focus moving toward the end of the year.”