According to a report in The Athletic, the Pistons love Purdue point guard Jaden Ivey 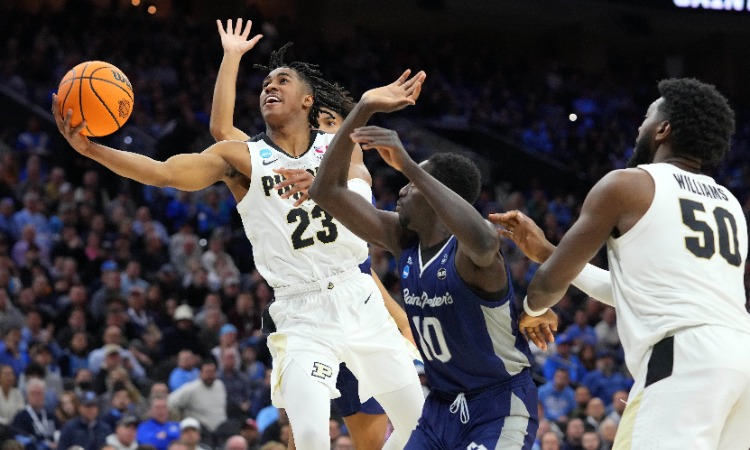 The Detroit Pistons’ path at this year’s NBA Draft in Brooklyn will wind its way through Sacramento, California.

In short: What the Kings do with the fourth pick in the draft will go a long way toward determining what the Pistons do at No. 5.

It certainly appears the top three picks — held by the Orlando Magic, Oklahoma City Thunder, and Houston Rockets — are more or less set. While the order might still be up for slight discussion, it’s close to a mortal lock that the first three players off the board will be Jabari Smith of Auburn, Chet Holmgren of Gonzaga, and Paolo Banchero of Duke.

This is either happening or going to be the most incredible bait-and-switch of all time.

And then come the Kings.

The odds-on favorite for the Kings’ pick is Purdue point guard Jaden Ivey, with odds ranging from -330 (DraftKings) to -210 (PointsBet). Only problem: The Kings have De’Aaron Fox, and while Ivey would be the clear-cut best player on the board, he’s simply not a fit — right now — for the Kings.

Some prognosticators have the Kings seeking to move the pick — the New York Knicks seem to be coming up in trade discussions — and others have the Kings simply passing on Ivey and grabbing Keegan Murray of Iowa (+500 across the board), Kentucky’s Shaedon Sharpe (+550 on FanDuel), or AJ Griffin of Duke (a robust +6000 on DraftKings)

And with the fifth pick …

All the Pistons can do right now is wait and, according to David Aldridge of The Athletic, hope that Ivey falls to them at No. 5.

Other players the oddsmakers are touting for the pick? Keegan Murray of Iowa (+145 at FanDuel) and Sharpe (+210 at DraftKings) are deemed most likely. After that, it’s all the way to Dyson Daniels (G-League Ignite) at +1900 at FanDuel. (Notable: Daniels is at +600 at DraftKings and PointsBet).

On top of all this, Pistons forward Jerami Grant is on the trading block. Would/could the Pistons figure out a package to get them into the top three? Would a rumored trade to Portland — for the seventh pick — change the decision-making process at No. 5? Questions abound, and answers won’t be coming until June 23.