It may have only been the second month Michigan residents could wager online, but it was a robust March for the sportsbooks. 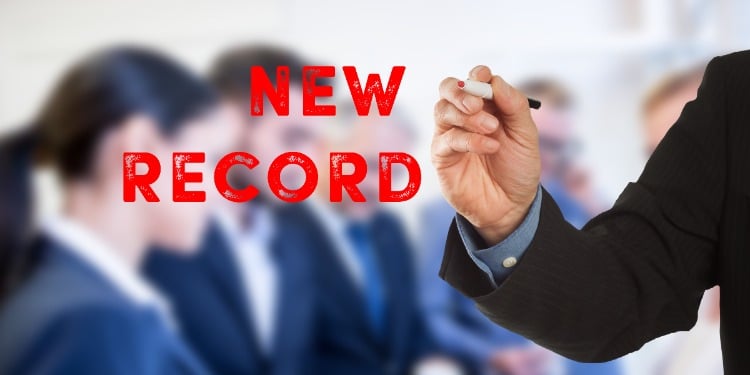 March was the second full month Michigan offered online sports betting, and total handle exploded to over $359 million, a robust 19% increase from February’s number. Even allowing for the three extra days, it was clearly a continued step in the right direction for the sportsbooks.

As far as individual sportsbooks go, FanDuel maintained its top spot in total handle, taking in $107.2 million in wagers. BetMGM had a banner month, separating itself from DraftKings with a handle of $92.6 million, significantly more than DraftKings’ $76.5 million haul. Barstool maintained its grip on fourth place, with $39.6 million, though it was notably down from February’s $40.3 million, whereas the three books above all saw notable increases in handle.

PointsBet took down the fifth spot with $14.2 million in handle, followed by William Hill with $11 million. Notable for these two books is the month-over-month increase. For PointsBet, it was a 104% increase from February; for William Hill, a 96% increase.

Hold on a moment

Gross receipts for all the sportsbooks came in at a shade over $32 million, and adjusted gross receipts — once promo money is accounted for — came in at nearly $19 million, for a hold of 5.3%.

As for individual sportsbooks, BetMGM was the most profitable, netting adjusted gross receipts of $6.4 million, with FanDuel close behind at nearly $5 million. Barstool and DraftKings also had good months, with Barstool minting a shade under $3.6 million, and DraftKings a shade over the same number.

Total taxes paid to the state for the online sportsbooks was a relatively paltry $535,930.

Including the haul from the online casinos, adjusted gross receipts overall for the month of March in online wagering in Michigan was $107.7 million.

“It looks like March Madness added a bounce to the sports betting handle, which jumped 19.1 percent from February, and internet gaming seemed to increase in popularity with monthly adjusted gross receipts going up 18 percent from February,” Richard S. Kalm, the executive director of the Michigan Gaming Control Board, said in a release. “This led to increases in taxes and payments, which means more funding for the City of Detroit, K-12 education, economic development and tribal communities.”