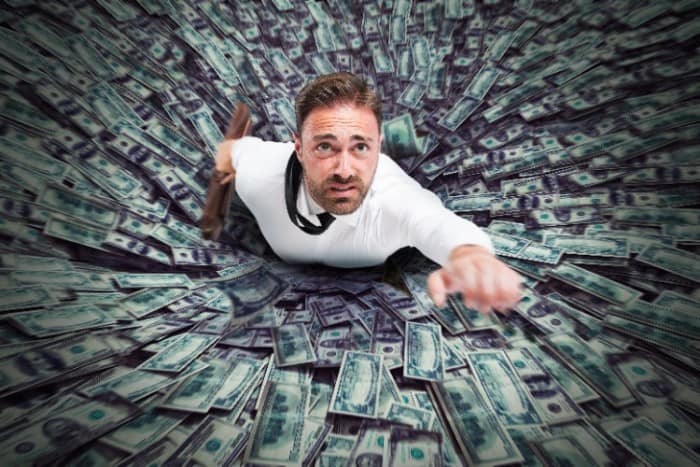 October was a record-setting month for Michigan’s online sportsbooks, as they took in over $463.3 million in bets, shattering March’s record of $359.5 million — that’s a 25% difference.

Taking a look under the hood a bit, FanDuel Sportsbook Michigan stands out as the month’s big winner, as after two months of coming in at No. 2 behind DraftKings Michigan, the standings flipped again. FanDuel regained the top spot with $124 million in handle compared to DraftKings’ $120.4 million.

This comes after August’s low-water mark for FanDuel, which saw the company take in a mere $47.6 million, which nearly dropped it to third place that month behind BetMGM Sportsbook Michigan.

Speaking of BetMGM, it solidified its role as the clear third in the Big Three, with a $102.2 million month.

Taken together, FanDuel, DraftKings, and BetMGM were responsible for nearly 75% of all wagers placed in October, and 77% of the total handle since online sportsbooks became legal in Michigan back on Jan. 22.

The battle for fourth place is certainly becoming one to watch. Barstool Sportsbook has comfortably held the position since launch and continued the trend in October with $40 million in handle. Fifth place belonged to Caesars Michigan Sportsbook, with $36.5 million. The 9% difference between the two is the closest it’s been since launch, and it’s just getting tighter. In September, the difference was 20%; in August, it was 26%.

And while it might be easy to say these are two companies headed in different directions, it is definitely worth noting Barstool has spent little to nothing on advertising, while Caesars has been on an advertising blitz of late.

A few other notable moves came from TwinSpires, which saw its handle nearly double in October to $3.1 million, and BetRivers Sportsbook Michigan, which maintained its upward trend with a $5.1 million month. WynnBet Michigan, however, only saw its handle creep up by about $123,000.

All told, 11 of the 14 sportsbooks in Michigan had record-setting months for betting volume in October.

Casinos not to be outdone

On the casino side, it was also a record-breaking month, with over $109.7 million in gross receipts, a nearly 7% jump over September’s prior high of $102.4 million.

At the top of the leaderboard, BetMGM Casino continued its dominance with a $41.4 million month, the high-water mark thus far for the company.

But while October brought success nearly across the board at the sportsbooks, things were a little different on the casino side, with only six of the 14 online casinos posting record months.

The biggest mover? DraftKings Casino Michigan, which had a $19.7 million month, beating its previous best mark by 17%.

FanDuel Casino Michigan and Barstool also saw their numbers increase notably for the third month in a row; FanDuel stood at $17.6 million, and Barstool rose up to a record (for it) of $4.5 million.

Much like the sportsbooks, however, the big three of BetMGM, FanDuel, and DraftKings have a stranglehold on the casino market. In October, the three accounted for 72% of gross receipts. Year to date, they account for 71%.

One notable loser in October was Stars Casino Michigan, which saw its gross receipts tumble to $984,512, down from September’s $2.9 million and off its record month back in March of $5.8 million.