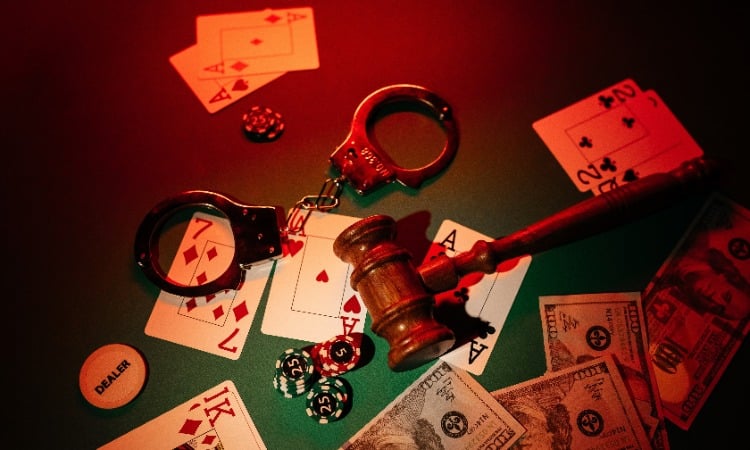 It’s fair to wonder whether without former Rep. Brandt Iden driving the bus, the sports betting and online casino train would’ve ever left the runway.

Terrible mixed metaphors aside, Iden’s role in creating the Michigan market cannot be overstated. The state’s gaming provisions are held up as a model of how to do online gaming right, specifically the lower tax on sports betting and higher tax on casino, a competitive market providing choice for the consumer, and the partnership among the state, the national operators, and the local tribes.

Michigan Rep. Brandt Iden, the leader behind sports betting and online casino gaming bills in the House, is reiterating support for legal gaming before the Senate Regulatory Reform Committee today, centering his pitch (once again) on revenue potential and consumer protections.

But despite all the successes of the Michigan market, Iden — who is now the head of government affairs for Sportradar — wishes he could go back in time and add something to his bill legalizing online gambling in Michigan.

“I would’ve taken a portion of the proceeds from sports betting and directed the state to institute new addiction courts, specializing in treating people with gambling addiction problems,” Iden said.

Iden noted the state has courts for people with drug and alcohol issues, as well as a court for veterans who are struggling.

“I think this would be great, and I wish more states would implement it,” Iden said. “If I could go back and change the bill, I would’ve put dollars into it.”

Right now, only one state has a gambling court: Nevada, which came to be thanks to a bit of a family affair.

Dr. Rena Nora, who passed away in 2018, was a psychiatrist who, along with Arnie Wexler, the former head of the New Jersey Council on Compulsive Gaming, started screaming from the New Jersey rafters after Atlantic City’s casino legalization that problem gaming was going to be an issue.

And in fact, it wasn’t until 1980 that it was medically recognized as such.

In 1994, Nora moved to Las Vegas to try and further the message of gambling addiction, and in 2000, she recruited her daughter, Cheryl Moss, into the battle.

As for Moss? She was a Nevada judge.

“I started putting gambling assessments in divorce and custody cases, and in 2008 my mom recruited me for a subcommittee on legal issues,” Moss said. “She wanted to amend Nevada law to create a gambling diversion court.”

In 2009, the law enabling the court was passed, but it took years to implement. Finally in 2018, the court was set up with Moss presiding.

“So for criminal cases, if you get charged with a felony charge — other than violence, or crimes against a child or sexual crimes — and the reason you committed the crime was because you have a gambling problem, you can go to diversion instead of jail, and get treatment and help and be monitored for 18 to 36 months,” Moss explained.

Moss, now retired but an advocate for other states to follow Nevada’s example, said most of its cases have involved theft or embezzlement. The success rate for rehabilitation has hovered above 80%, she said, although in the four years of the court’s existence, only 16 cases have been heard.

She also noted New Jersey — where this all began — is considering legislation to set up its own gambling courts. The cost to house an inmate there is $61,000 a year, and Moss believes the state will see many more cases than in Nevada, due to its three times larger population and the fact that online gaming is legal in New Jersey.

Worth noting: Michigan also has a larger population and online gambling.

“What Nevada has identified is let’s say someone hypothetically robs a jewelry store to satisfy a gambling debt, and a judge can identify that and say, ‘This person really isn’t a hardened thief, they’re not going around robbing all these stores. This individual has a $100,000 gambling debt because they have an addiction problem — let’s get the person the help they need,’” Iden noted.

“So what they’re doing is two-fold: They’re getting people out of the normal justice system, and at the same time they’re identifying people with addiction problems and helping them with specific things that work for them. In my opinion it’s really great.”

“There’s no downside, I think it’s win-win, no pun intended. For every person you take off the streets, you’re getting them help. It’s low cost, people will get help, and every time you get them off the street and not in jail it’s tens of thousands of dollars in taxpayer savings,” she said. “They get to have a job, they pay restitution. You put them in jail, what’s the victim going to do? ‘Oh great, he’s being punished, but I’m not getting a dime.’ When you come to my court, you start seeing money coming to you once a month.”

As present, however, there are no pending bills in the Michigan legislature looking to create a gambling court.