Strong interest in college and pro teams from the state drove handle in the opening weekend of mobile sports betting in Michigan. 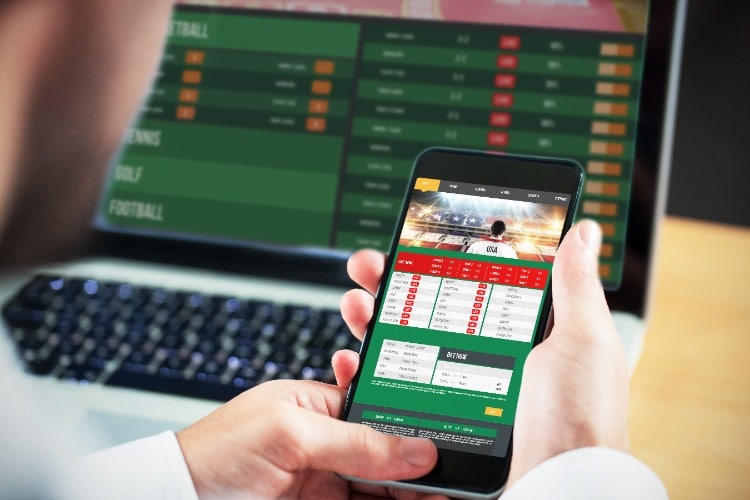 The first weekend of online sports wagering in Michigan could largely be characterized as a smooth beginning for the nascent marketplace, according to sportsbooks, regulators, and other industry participants.

Michigan launched mobile Michigan sports betting on Jan. 22 when 10 online sportsbooks received approval from the Michigan Gaming Control Board (MGCB) to begin accepting online wagers. The debut of mobile wagering in the Great Lakes State came at an auspicious period for the global sports calendar. Besides the two conference championships in the NFL, there were over 200 basketball games and a UFC title fight on last weekend’s slate.

Although Michigan regulators heard anecdotally that there was a good deal of activity over the weekend, the MGCB will not report revenue until after Feb. 10, spokeswoman Mary Kay Bean told MiBets.

“The MGCB focused on the readiness of operators and platform providers, but the agency was pleased to authorize launch before the NFL season concludes,” Bean told MiBets. “So far, it seems like a smooth launch.”

Betting on the locals

While the NBA is still in the first quarter of the regular season, activity in Detroit Pistons wagering over the weekend appeared to be fairly robust. At PointsBet, total turnover for last Saturday’s Pistons-76ers matchup ranked third in Michigan on the weekend, behind only both NFL conference championship games. In total, Michigan bettors accounted for roughly one-third of the total handle the book saw on the Pistons-76ers game nationwide, PointsBet spokesman Pat Eichner told MI Bets.

FanDuel bettors also expressed interest in the Pistons game Saturday evening, with activity for the contest ranked second in daily handle for all events at its Michigan sportsbook. Both sportsbooks are turning to promotions as carrots to acquire and retain customers. For Saturday’s game, approximately 67% of PointsBet’s active users on Saturday took advantage of the book’s $1 per Pistons point promo, Eichner added. Though the Sixers prevailed 114-110, PointsBet users still collected $110 in free bets under the promotion.

Ahead of Thursday’s Pistons-Lakers tilt, FanDuel is offering a crowd-funded promotion for Michigan customers. For every 313 bets placed in the special promotional market, FanDuel will move the spread one point in favor of the Pistons. As of Tuesday afternoon, the line reached Pistons +88.5, FanDuel spokesman Kevin Hennessy told MI Bets.

Over the weekend, FanDuel paid out more than $1.7 million in winnings from boosted bet promotions, Hennessy added.

Michigan's online sports betting launch was the most anticipated in US sports betting over the past year, according to Google Trends. https://t.co/EaRhfY4JCn

As expected, the two NFL games were top events in handle at most Michigan books. The NFC Championship between the Tampa Bay Bucs and the Green Bay Packers ranked first at PointsBet as the top turnover event. PointsBet gained access to the Michigan market through a partnership with Lac Vieux Desert Band of Lake Superior Chippewa Indians.

Lac Vieux Desert Northern Waters Casino Resort in Watersmeet is located about three hours north of Green Bay. By comparison, the casino is nearly a nine-hour drive from Detroit.

During the first three days of online wagering in Michigan, DraftKings led the market in incremental downloads, according to Bank of America. When looking at initial app downloads, DraftKings commanded a 40% market share, followed by FanDuel (27%), Barstool (14%), and BetMGM Sportsbook Michigan (13%). Three others, William Hill (3%), PointsBet (2%), and TwinSpires (1%), trailed with a modest percentage of downloads. For January, Bank of America expects the Michigan handle for online sports betting to hover around $50 million on the month.

Within the projections, Bank of America expects DraftKings and FanDuel to maintain a market share around 30%, respectively, analyst Shaun Kelley wrote in a research note. While Barstool and BetMGM may lag considerably, the two books may still record double-digit market share, according to Bank of America. Within eight hours of its Michigan launch, BetMGM received over 200,000 successful logins by customers, spokeswoman Elisa Richardson told MI Bets. With the initial logins, BetMGM exceeded the volume of its previous strongest launch to date by a factor of “3x in only a matter of hours,” she added.

• Both firms believe the market share leaders in MI early on will consist of:

Not a recommendation to buy or sell securities.

Moreover, BetMGM saw an increase in action on teams from the state. In college basketball, the book received considerable action on Michigan (-5) over Purdue last Friday in one of its most popular bets on the weekend. The wager on Michigan easily won, as the Wolverines prevailed 70-53.

Monthly revenue reports per sportsbook operator are due on the 10th day of the month for the previous month’s results, Bean said. The MGCB has not received any patron complaints on remote registration or account funding issues, she added.

Jeff Edelstein contributed to this story