The massive Mega Millions and Powerball drawings are now behind us, and the lottery restarts the cycle of working toward the next record.

Another pair of massive jackpots have come and gone. Unfortunately due to some confusion and overeager math, it appears the great Mega Millions record was not broken, as the award turned out to be a bit less than originally estimated.

While last week’s $1.54 billion jackpot was the highest in the history of Mega Millions, it was still slightly behind the $1.59 billion Powerball prize accumulated in 2016. Similarly, this weekend’s Powerball drawing was also short; the jackpot was estimated at $750 million, but ultimately turned out to be a mere $687 million. That’s a discrepancy of an entire private jet’s worth of money.

Of course the two drawings still managed to exceed $2 billion in prizes, which still buys plenty of jets.

In any case, even if the big jackpot wins went to players in other states, fans of the Michigan Lottery managed to do pretty well in the big drawings. Four Michiganders won million dollar prizes for getting every number correct minus the special ball: two Mega Millions players in last Tuesday’s drawing, a Powerball ticket bought the week before, and one more Mega Millions on Friday.
A women from Redford Township also won one of the lifetime awards from the Lucky For Life game. She opted to receive $25,000 a year for the rest of her life instead of taking $390,000 cash, probably a smart move for the 31-year-old given that average female life expectancy in the U.S. is about 79.

Finally a man from Wayne County will enjoy $417,000 from a 100X The Cash ticket purchased in Brownstown Township. As a Fast Cash game, 100X The Cash shares a progressive jackpot with all other Fast Cash satellites, so that jackpot will now need time to build up again. At time of this writing it is currently around $21,000.

Fast Buck is a reveal game that offers three different ways to win on each ticket: reveal a specific symbol, match multiple prize amounts, or match two symbols on the same row. 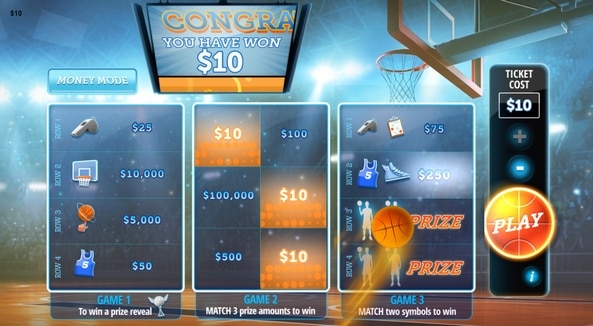 Other upcoming instant games are likely on their way, and will probably include holiday season themes. Lottery retailers have already started stocking new scratch-offs, including Peppermint Payout and Holiday Dazzle (with top prizes of $300,000 and $500,000 respectively).

The lottery has not yet announced its new promotion for the coming month of November.

Now that the huge Mega Millions and Powerball have been won, the disappointing time when the jackpots have been reset to their base levels has begun. That means Tuesday’s Mega Millions will be worth at most $45 million, and the Wednesday Powerball is only the meager default of $40 million. The winner will have to settle for a very small private jet.

Similarly the Michigan-only draw games have also recently reset, with the Tuesday Fantasy 5 drawing teasing a jackpot of $153,000. On Wednesday the drawing for Lotto 47 is estimated at about $1.25 million.

However given the recent propensity for fast growing jackpots these games will not stay on their default levels for very long.