While sportsbooks might not think the Detroit Pistons are going to contend, they are slightly bullish on Killian Hayes. 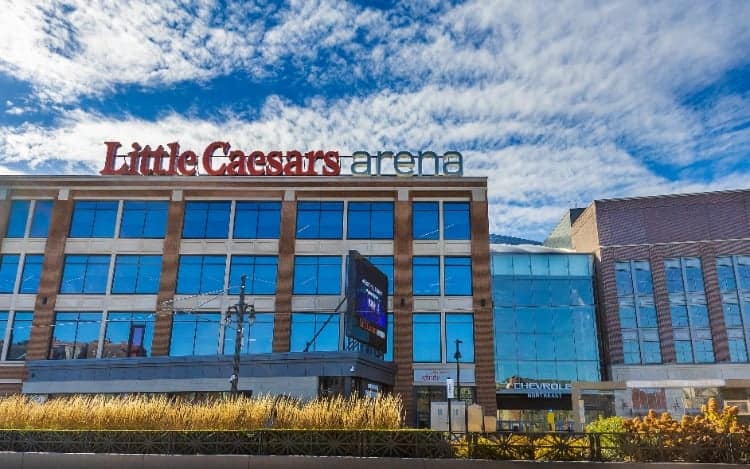 Wednesday night the Detroit Pistons will tip off their 2020-2021 season with a matchup on the road against the Minnesota Timberwolves. The Pistons enter this matchup a five-point underdog, which is phrasing Pistons fans should probably get used to this year.

In fact, there’s probably going to be precious few games where the team is favored to win.

On the sports betting front, over on DraftKings, the Pistons over/under win percentage — you can have either side at -110 — is set at 32.5%, or more commonly that’s .325. Put another way? The over/under  on total wins is set at 23.5 on FanDuel. In what will be a truncated 72-game season, an “over” bettor would hope the Pistons finish 24-48, which would not exactly be cause for celebration at Little Caesars Arena.

But baseball isn’t the only sport where hope springs eternal, and even though the Pistons are not expected to contend this year, at least fans can take solace in the fact that the new general manager – Troy Weaver – has a plan.

And he better, as Pistons fans have been left out in the cold for far too long. The team’s last playoff win came in the 2007-2008 season. George W. Bush was still president, for perspective.

And while raising the championship trophy probably ain’t gonna happen this year – the Pistons, along with the Knicks and Cavaliers, are each +50000 to do so over at BetMGM, and those odds probably aren’t generous enough – that doesn’t mean this team won’t be exciting to watch.

And the excitement begins with rookie point guard Killian Hayes, who the Pistons took at No. 7 in the draft. And while there was some talk pre-season that he’d be coming off the bench, that talk has been squelched. He’s been given the starting nod, the keys to the franchise, the whole shebang.

And while Hayes may not have been the No. 1 pick, the fact he’ll be starting from day one is very intriguing from a betting standpoint. In fact, FanDuel currently has him at +950 to win Rookie of the Year. As much of his competition won’t, in fact, be starting from the jump, it puts Hayes – while maybe not in the catbird seat – certainly within view.

Hayes – who now-backup point guard Derrick Rose has called “the future of the team” – played professionally in Germany before the draft. So starting point guard, probably looking at 30-34 minutes a game, and he’s … +10000 to lead the NBA in assists on DraftKings.

It's a small thing, but #Pistons Killian Hayes got caught on a defensive switch and immediately figured out where the open man was — on the opposite-side 3-point line — and found him.

Now will he lead the NBA in assists? Almost certainly not, but play the season 100 times, and he’d probably hit that top spot once or twice. Might be worth a buck or two.

Along with Hayes, coach Dwayne Casey is looking at a nearly brand new starting lineup, with Delon Wright at shooting guard, Jerami Grant at small forward, the returning – and healthy – Blake Griffin at power forward, and Mason Plumlee manning the paint at center.

Another pair of rookies – Saddiq Bey and Isaiah Stewart – are not penciled in for big roles, but time will tell.

The second unit will be helmed by Rose, and there’s hope Josh Jackson and Jahil Okafor will rise to minutes they will be given.

The chances of the Pistons surprising and making the playoffs? Well, Barstool Sportsbook has them at +15000 to win the division, and +800 to sneak in as a lower seed on DraftKings, so the odds are certainly against them, but … well, who knows.

In the meantime, know this: There is no way the wheeling and dealing is over. At minimum, player movement will keep the Pistons interesting throughout the year. Buckle up, Detroit.