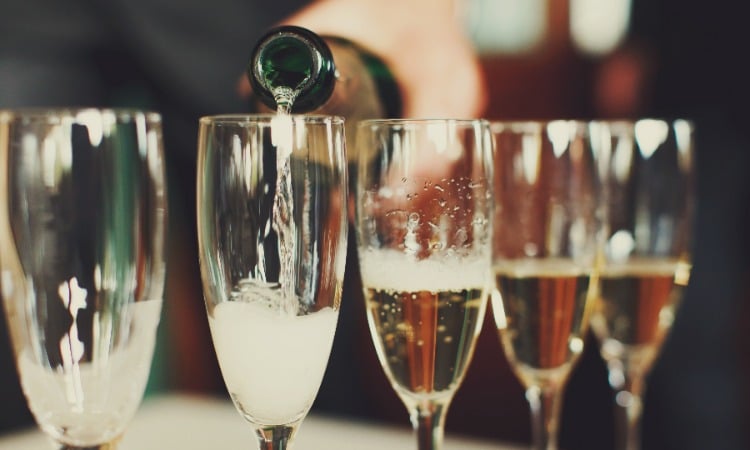 Pop the champagne for the third month in a row, as Michigan sportsbooks have set another handle record with December betting volume of $484.6 million. The sportsbooks’ handle surpassed November’s high water mark of $473.8 million, according to numbers released Tuesday by the Michigan Gaming Control Board.

DraftKings continued to lead the way, with $120.3 million in handle, but former No. 1 FanDuel came oh-so-close to regaining the top spot with a $119.9 million month. Meanwhile, BetMGM’s stranglehold on third place is the most secure it’s been since launch, with a $108.7 million month.

In fact, this was BetMGM’s biggest month to date, and it is starting to appear the race for first might turn into a three-horse affair.

Barstool held on to fourth place, with $45.9 million in handle. Caesars at $38.4 million and PointsBet at $28.2 million were the only two other sportsbooks to take in eight digits in bets.

The sportsbooks took in $34.8 million in total gross receipts for a hold of 7.2%. But over $24 million of the gross receipts could be written off as promotional play, meaning the sportsbooks paid a little over a million dollars in taxes to the state and to the city of Detroit.

Of course, this marks the end of the wildly successful first year for online sportsbooks in Michigan.

For the year — which didn’t start until Jan. 22, as that’s when online sportsbooks became legal in the state — the total handle was a shade under $3.6 billion. The books had $292.1 million in gross receipts, which was shaved down to $110.6 million after promotional play. All told, the online sportsbooks paid over $11.2 million in taxes in 2021.