Will Latest Version Of Michigan Sports Betting Bill Get To Finish Line?

A new version of the Michigan sports betting plan was released Friday, and there are some changes to the proposal introduced on Sept. 4. 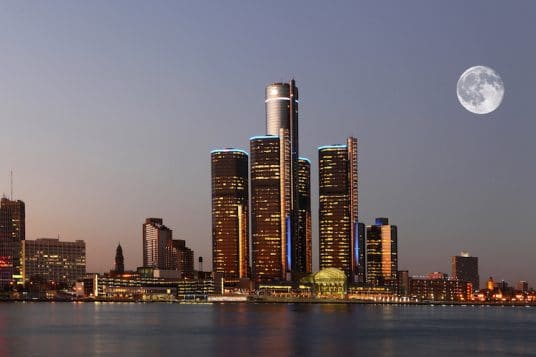 Tax rates are a central component of the discussion about expanding casino gambling in Michigan. The latest version of a sports betting bill that was made public on Friday keeps the 8% state tax rate on sports betting adjusted gross revenue, despite Gov. Gretchen Whitmer signaling this summer that she’s eyeing a 15% rate.

Negotiations are set to continue and likely progress this fall, assuming a state government shutdown over the budget doesn’t delay the efforts. The Michigan Legislature will meet until the very end of 2019. If unsuccessful in 2019, the legislation can carry over into 2020.

On Sept. 4, state Rep. Brandt Iden, a Republican, introduced House Bill No. 4916. On Friday, a substitute draft version was released to media outlets, including MiBets.


Under the new version, a sports betting operator would be charged $100k for an initial license and $50k annually. Under the previous version, there was a $200k initial license fee and a $100k annual fee. While the 8% state tax rate remains unchanged, the new version of the bill contains a 1.25% tax on the commercial casinos that they would have to pay to the City of Detroit.

The effective tax rate for the Detroit casinos would be 9.25%.

The plan in Michigan is to also allow the tribal casinos to get in on the action, under revising their respective compacts with the state and/or regulation through the MGCB.

Under the conditions proposed in Iden’s bill, Michigan could see a mature sports wagering market of about $9.5 billion in annual handle, generating more than $600 mm in taxable gaming win, according to a 2017 study from Oxford Economics commissioned by the American Gaming Association. That projection assumed at 10% tax rate.

A fiscal analysis of the version of the legislation that was introduced on Sept. 4 considered an AGR market range of $175 mm to $225 mm.

Sportsbooks don’t have to pay taxes on the handle, which is the total of actual wagers bettors place, but rather on the “hold” or amount won by the house. Sportsbooks in Nevada, for example, historically hold onto about 6.5% of the handle in the form of revenue. The latest version of the Michigan bill spells out that sports betting operators can factor in all comps into the untaxed bettor winnings.

Under both the old and new versions of the Michigan sports betting legislation, operators can deduct promotional credits extended to bettors from AGR. For example, if a sportsbook gave you a $25 free bet upon registration, the book doesn’t have to pay taxes on that $25.

These freebies are important for attracting bettor sign-ups. According to the aforementioned fiscal note on the prevision version of the bill, online/mobile sports betting is expected to generate 80-90% of total sports betting AGR, with retail books accounting for the rest. That’s comparable to New Jersey, where 85% of the sports wagering handle comes via the internet.

While the deductions would translate to less money for Michigan coffers, the idea is to keep the legal, regulated industry as competitive as possible against offshore and untaxed sports betting platforms. Michigan also has to compete with a legal online/mobile sports wagering market in Indiana — as well as eventually Ohio, though there’s been essentially no movement in the Buckeye State this year.

Both the old and new versions contain provisions for the leagues being able to request, through Michigan gaming regulators, that their “official” data is used for in-game betting. The stipulation that this must be under “commercially reasonable terms” is in both aforementioned versions.

Earlier this year, the state of Tennessee legalized online/mobile sports wagering with the data mandate under “commercially reasonable terms,” the first such instance of that language being made into law. For better or for worse, that Tennessee bill appears to have given the leagues a foothold in their lobbying in other states. In other words, the Tennessee law set a precedent for Michigan here and Illinois before it.

The draft released Friday contains a data provision that, in part, nearly matches the Tennessee law word-for-word. Regulators in both states are (or in Michigan’s case would be) tasked with defining “commercially reasonable terms.”

The sports betting legislation is still a work in progress, but Iden said recently at a hearing that if all goes as he plans, Michigan could have legal sports wagering up and running by the Super Bowl in February. While the online casino legislation is a bit more complicated because Whitmer is reluctant to allowing online slots out of iLottery cannibalization fears, sports betting appears to be all about the taxes.

Iden told the Detroit Free Press earlier this month: “I haven’t talked with the administration since before the summer break and they proposed 15%, plus the additional 3.25% for the City of Detroit. That’s an astronomical rate which just will not work — that number has to be somewhere closer to 9% or 9.5%.”

In Indiana, online/mobile sportsbooks are set to pay a 9.5% tax rate on AGR. Michigan would be unwise to potentially position its books to be at a disadvantage to those in the Hoosier State.

There is a significant gap between what proponents in Michigan are looking at and where the governor is at, which could mean the debate in Michigan will carry into 2020.