A torrid couple of weeks for Michigan lottery players was capped off by one lucky gamer who pocketed $100,000 after playing Michigan Lottery’s Cash Buster Extreme game online.

It’s been a torrid couple of weeks for Michigan lottery players. Things kicked off in early April after a Macomb County woman nearly lived all lottery players’ worst nightmare: throwing away a winning ticket. Luckily, the woman’s husband doubled-checked her ticket, and the couple cashed in $1.3 million on a $20 Multiplier Spectacular scratch-off.

There have been a slew of other big winners from Michigan, including a Lucky for Life winner and a White Ice 7’s instant win game that paid out to the tune of half a million dollars. It was all capped off by a big $1 million winning Powerball ticket by way of Saginaw, and a gamer who pocketed $100,000 after playing Michigan Lottery’s Cash Buster Extreme game online.

For Charles Embree, the term instant win will never be the same. See, “Charlie!” – as the Bella Vino clerk excitedly exclaimed after realizing he had a big winner on his hands – scanned his ticket two seconds after he bought it. The message on the self-scanner merely told him to check with the retailer, which he did, only to learn that he was, literally, an instant winner of $685,357.

Needless to say, Charlie had quite the story to tell his wife when he arrived home that evening. When he got in the door and showed his wife the ticket, she did a double take. Said his wife, Phylis Embree, “I asked him: ‘Honey, is this a comma?’ because I wasn’t sure I was seeing things correctly.”

An understandable reaction to winning such a large sum of money, but the couple is maintaining a level attitude despite the newfound riches. When asked what they’ll do with the money, they said they plan to save their winnings.

On Saturday, April 28th, somebody walked into a Speedway gas station on East Holland Road in Saginaw and bought a Powerball ticket with the following numbers: 20-22-28-45-50. That Powerball ticket is now worth a cool $1 million.

If this sounds like it could’ve been you, definitely contact the Michigan Lottery Public Relations Division so you can collect your one million bucks. Seriously, we already had the winning-ticket-in-the-trash scenario almost play out in Michigan. The only thing worse than that would be a $1 million winner failing to collect their cash before the ticket expires.

All Michiganders who buy Powerball tickets – both from retailers and online at MichiganLottery.com – should be aware that tickets are valid for one year after the draw date.

Now that everyone is comfortable with the knowledge that playing the lottery is absolutely legal in Michigan, let’s continue the tale of Patrick Rudolph. While playing the online version of Cash Buster Extreme, Patrick says that he almost missed that he won.

“After the game finished, a pop-up message told me I’d won big and that’s when my heart started racing,” said Patrick. “I’ve never felt my heart beat so fast!”

$100,000 is indeed enough to give most people heart palpitations, especially when you know that kind of money can be won from the comfort of your own home. Best of luck to all Michigan iLotto players in the month of May! 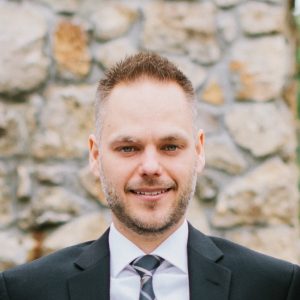 JD is the founder of Content Aces (so he writes a lot of things for the Internet). He also enjoys poker, sports, film, science fiction, and is a huge fan of the Toronto Blue Jays.

JD is the founder of Content Aces (so he writes a lot of things for the Internet). He also enjoys poker, sports, film, science fiction, and is a huge fan of the Toronto Blue Jays.