At a meeting of the Michigan Gaming Control Board, the state body updated plans to implement mobile sports betting by the end of the year. 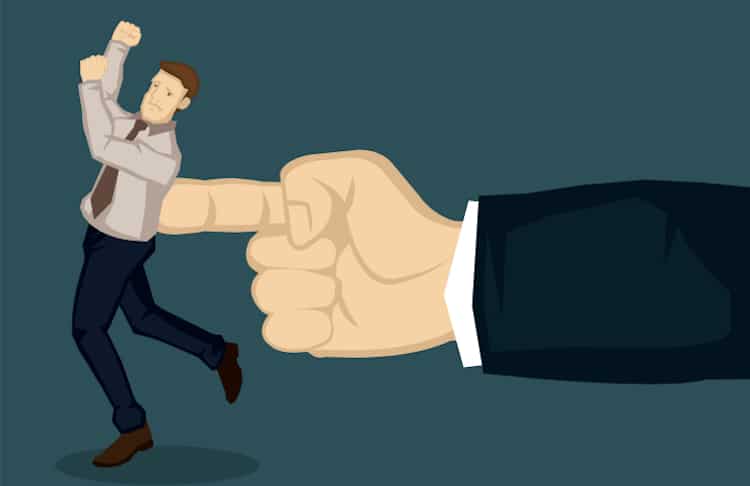 Tuesday’s meeting of the Michigan Gaming Control Board began on a grim-but-expected note.

Less than a month after the MGCB reported that Detroit’s three commercial casinos saw a 59.3% drop in revenue over the first six months of 2020, compared to the same time period last year, Executive Director Richard S. Kalm announced the casinos’ April-July revenue numbers.

“The casinos were closed for all of the second quarter,” Kalm said. “Therefore, the aggregate revenue for the three Detroit casinos for the quarter ending June 30 was down 100%. Never thought I’d have the opportunity to report that figure.”

MGM Grand Detroit, MotorCity Casino Hotel, and Greektown Casino-Hotel were ordered to close, along with other non-essential business, by Gov. Gretchen Whitmer on March 16, during the initial days of the state’s response to the COVID-19 pandemic. Last week, they were allowed to open at 15% percent capacity, following strict health and safety measures required by state regulators.

Due to the economic toll pandemic-related shutdowns have taken on Michigan’s brick-and-mortar casinos, Kalm said, the board and potential operators have worked together with newfound urgency to implement online sports gambling and table games throughout the state in late 2020.

“I don’t want to say there’s a whole lot of  positive things that came out of COVID, but one of them was the realization that online gaming coming online sooner rather than later is a good thing for tribes who have suffered, and also the commercial casinos who have suffered in the city of Detroit, and obviously, the taxes that have not been paid out regarding this, because of COVID,” Kalm said. “Hopefully, we can try and get these things off the ground before the first of the year.”

The two remaining steps of the regulatory process the MGCB must complete before Michigan can roll out online wagering are finalizing the proposed rules for internet gaming and internet sports betting and completing the approval process for casinos and the mobile platforms they’ve partnered with.

After consulting with industry stakeholders, the board submitted draft rules to the Michigan Office of Administrative Hearings and Rules last week. After a review period, the board will incorporate feedback from other state agencies and publish the final proposed rules “shortly,” with plans to hold a public rules hearing in late September, Kalm said. From there, the draft rules will undergo legislative review and then become official.

According to the proposed rules, operators must use geolocation data and secure identity verification software to confirm that bettors are within state borders and of legal gambling age to register on online gaming platforms. Michigan will not require in-person registration, a standard that has been criticized in Illinois for limiting consumers’ access to mobile wagering.

“[The rules] process is moving along with very few hitches,” Kalm said, but the application approval process, with its mandatory background checks and onerous paperwork, will be “a little more cumbersome.”

On May 15, the MGCB began accepting applications from suppliers — internet wagering platforms like DraftKings, FanDuel, and BetMGM, among others — Kalm said. The board opened the application process for online gaming operators — the commercial and tribal casinos that must partner with suppliers to offer mobile gambling in the state — on June 30.

As of Monday, the board had received applications from 11 suppliers, 15 operators, and eight vendors (third-party businesses that supply support services, such as affiliate marketing or payment processing, to suppliers and operators, according to Michigan’s Lawful Internet Gaming Act).

“Really, the launch date is most dependent on our ability to get the paperwork from suppliers, vendors, and operators,” Kalm said.

A mix-up with the FBI over language regarding fingerprint processing in the state’s existing gaming laws could delay the MGCB’s race to implement mobile gaming before the end of 2020, Kalm said. The state laws have been updated to meet federal requirements, Kalm said, but the MGCB can’t complete its background investigations of would-be suppliers, operators, and vendors until the FBI signs off on the revised language.

“That may impact our timeline,” Kalm said. “It’s a matter of us getting to the top of the pile, because COVID has slowed their processes down immensely. We can still do the state fingerprint scan request, but really, in order to do our jobs effectively, we need access to the federal fingerprint [database].”

Looking ahead to the next fiscal year, which begins in October, Kalm said that a contraction in the MGCB budget could force the board to reduce staff and affect the processing speed for internet gaming applications.

“We certainly have made several moves to try and keep our budget whole,” he said. “We already have cut training and there’s a travel moratorium statewide that affects us, but it’s going to affect how we do our jobs. The real meat of this is going to hit us on October 1, when we try and figure out what we’re going to do with our next budget, and then how we’re going to administer online gaming with the amount of people that we may or may not have.”