Canada Getting Closer To Allowing Online Sportsbooks And Single-Game Betting

A pair of bills in Canada would allow both single-game wagers and online sportsbooks to set up shop in the country.

Canada – you know, the people who brought you “Schitt’s Creek” – might be on track to setting up an online gambling system similar to the way numerous American states have set up their business models.

And not only is this big news for Canada, but it’s also impactful for the Toronto-based theScore – which has online sportsbooks in New Jersey, Colorado, and Indiana – as well as the potential of Canadian sports betting dollars making their way to Michigan casinos.

As far as the Canada sports betting situation goes, it’s a two-pronged affair, with a nationwide bill that would allow single-game bets in Canada – this is the third attempt at such legislation – and, perhaps more importantly, an Ontario bill that would allow independent operators such as theScore to accept wagers.

As it stands now, Canadian law only allows two-leg or more parlay betting, and only through the government-run system.

First up, the nationwide bill, which would amend the current law and provide avenues for Canadians to place single-game bets. Predictably, the change would be applauded by the Canadian Gaming Association (CGA).

“Amending the Criminal Code to legalize single-event sports wagering will provide provinces with the necessary tools to deliver a safe and legal option to Canadians while enabling economic benefits to flow to licensed gaming operators, communities, and provincial governments,” Paul Burns, the president and CEO of the CGA, said in a press release. “I can’t emphasize enough how this small change to the Criminal Code would help communities recover from the economic devastation of the ongoing COVID-19 shutdown.”

According to the CGA, the Canadian government books roughly $500 million (that’s in Canadian dollars) with its legal, parlay-only betting system. But that pales in comparison to the over $10 billion wagered illegally in Canada, mostly through organized crime channels. And another $4 billion is wagered with offshore sportsbooks, which Canadians utilize through a gray area in the law. Basically, it’s not legally prohibited, but it’s not legal, either. There is nothing in the Criminal Code – which was written in 1992, a few years before AOL started sending CDs on a daily basis – concerning placing online bets, so there’s a don’t ask, don’t tell policy when it comes to betting with offshore outfits.

Running in tandem with this single-bet bill is Ontario-specific legislation that would allow iGaming operators to set up shop in the province under the watch of the Alcohol and Gaming Commission of Ontario. If approved, it would give Ontario – which, if it were in America, would be the fifth largest U.S. state by population – the chance to fully embrace online sports gambling. As might be expected, companies with their hands in the sports gambling space are thrilled with this potentiality.

“The expansion and modernization of Canada’s sports betting and online gaming laws would create an enormous opportunity,” John Levy, the founder and CEO of theScore, told MI Bets. “Canadians deserve a safe and competitive sports betting market, similar to what is already accessible to their neighbors in the United States. We fully support new legislation to legalize single-event wagering at the federal level, and also the Ontario provincial government’s plans to expand internet gaming in the province.”

And while Canada opening up its sports betting laws would seemingly be a huge get for theScore in Canada – they are, after all, the nation’s number one digital brand in the sports marketplace – it won’t preclude them from further expansion in the United States. In fact, it may act as an accelerant.

“We remain extremely excited by the North American opportunity as a whole and are incredibly well-positioned to continue growing our operations in the U.S. while also preparing for the expansion of sports betting in Canada,” Levy said. “In the U.S., theScore Bet is already live in three states, with market access to about 30% of the population, and we continue to pursue opportunities to further expand our footprint.”

Levy has also long assumed the Canadian government would get on the ball and let its citizens bet on ballgames.

“We’ve always expected that, at some point, the Canadian market would open up as well,” he said. “When that day comes, hopefully in the very near future, we are primed and will be ready to go. Our brand and media footprint in Canada are unrivaled, and we can’t wait to unleash the power of our betting experience for their benefit. However, our user base extends across both countries, from coast to coast, and we intend to bring our uniquely integrated betting and media experience to as many Canadians and Americans as we possibly can.”

One interesting wrinkle with the maneuverings north of the border: If these laws are passed, it would kill any hope Michigan might’ve had of luring Canadians across the border to bet legally on sports. As it were, Michigan’s sportsbooks opened up just in time for the border between the countries to be closed due to COVID, so there is really no telling how much money Michigan sportsbooks might’ve lost out on.

To be fair, Canadian dollars were not implicitly factored in when the bills for Michigan’s sports betting landscape were being drafted.

“We certainly anticipated it, but it didn’t really factor into our numbers,” said Rep. Brandt Iden, who was the main mover on the Michigan legislation. “Sure, we always thought people who went to Caesars over there in Windsor could come over and place their bets with us, or even hop into a boat and get into our waters and bet on their device. But yeah, it sort of became a non-factor due to COVID.”

Perhaps more important to Iden is the fact Michigan beat Canada to the punch with fully legalized sports gambling, and thus doesn’t have to worry about Michigan bettors heading over to Canada. Because in the past, that’s exactly what some folks did to get some legal parlay action down.

Meanwhile Iden – who is term-limited out this year – still has the expectation that Michigan sports fans will be able to place their bets online by the end of 2020.

As far as the Canadian bills go? There is real hope both will become law sooner rather than later, with some observers hoping the legal wrangling could be over by February.

Canadian lawmakers tried and failed twice in recent years to bring single-game sports betting to Canada, but the third time is increasingly looking like the charm.

“Sports betting gives fans another exciting way to engage with the sports they love,” the commissioners wrote. “Because a legal and regulated sports betting market in Canada would be beneficial to sports and their fans, we urge prompt action to make this a reality. Sports betting already happens illegally in Canada; creating a legal framework would shift consumers from illicit, unregulated markets to a legal and safe marketplace. Regulating single-game betting would allow for strong consumer protections as well as safeguards to further protect the integrity of sports.” 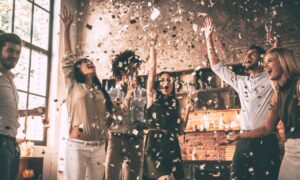 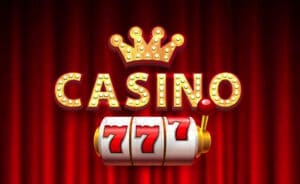 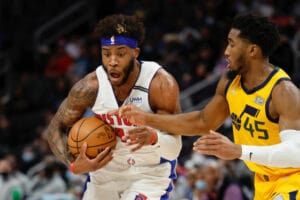 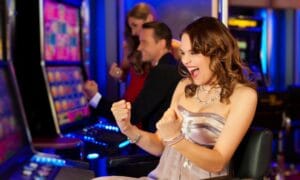