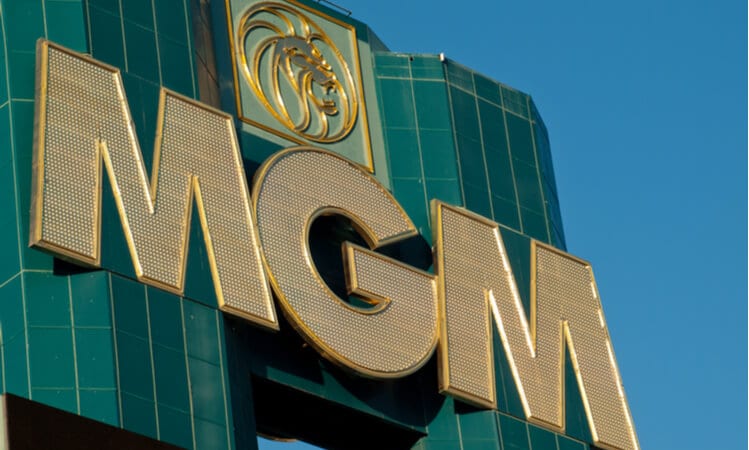 BetMGM has been on a roll in Michigan when it comes to online casino.

The platform raked in $36.8 million from its online slots and table games in April, 41.4% of the statewide adjusted gross revenue of more than $88.8 million. In the online space, MGM is also competing against tribal casino operators, which have their own online gambling offerings.

The 41.4% market share in online casino isn’t far off from MGM Grand Detroit’s 2019 commercial casino market share of 42.8%, but that market share doesn’t include more than 20 tribal casinos in the state. MGM Grand generated $623.5 million of the $1.45 billion in adjusted gaming revenue the three Detroit casinos saw collectively that year. Through the first four months of 2021 in retail casino revenue, MGM Grand is just under 40% of gaming revenue among its Detroit competition.

BetMGM, the online gambling arm of the casino, replicating the Detroit retail casino gambling market share despite the added competition from tribal casinos is impressive, and it shows how the tribal casinos are at a disadvantage despite partnering with well-known competitor brands.

Trailing far behind BetMGM in the online casino arena are FanDuel and DraftKings, with $14.1 million and a shade under $14 million, respectively, in April. Combined, FanDuel, the brand for MotorCity Casino in the city of Detroit, and DraftKings, the brand for the Bay Mills Resort & Casino located on the northern tip of the state, had about 30% online casino market share in April.

The likes of Golden Nugget, Barstool, and WynnBET trail far behind on the iCasino pecking order.

BetMGM’s dominance appears to be growing in online casino. The 41.4% market share in April is significantly above the 37.6% market share it has had since the apps first launched in January.

The situation improves slightly for DraftKings and FanDuel when you add sports betting into the equation, which makes sense because that’s what their brands are most closely associated with. Sports betting is far more competitive in Michigan than online casino, with BetMGM having less of a built-in advantage from its Las Vegas-style brick-and-mortar property.

Through April, the online sportsbooks in Michigan won $13.87 million from gamblers after excluding promotional play. Things are turning around after the internet books lost $10.7 million combined in February after adjustments. They also lost in January’s partial month.

There’s a lot more room for movement on sports betting, with the likes of Barstool, partner of Detroit’s Greektown Casino, making some noise so far. Barstool was a distant fourth in handle last month with nearly $25 million, though it had relatively strong revenue.

As of Wednesday, MGM’s stock price of nearly $39 per share was more than 20% higher than when legal online gambling began in Michigan.

The share price for DraftKings has done the opposite since then, trading at about $52.50 when online gambling launched in the Wolverine State, down to about $42 a share as of midday Wednesday.

No one is crediting Michigan with bringing DraftKings and MGM closer together in terms of share price, but it’s clearly been a better spring, speculation-wise, for MGM than DraftKings. Michigan is a piece of the puzzle. MGM has made clear that its power as a brand in the Wolverine State will be hard to beat in the near term, though rivals can leverage sports betting to make online casino inroads.

MGM Resorts also has key properties in New Jersey, Massachusetts, Maryland, Ohio, and Mississippi, but outside of Las Vegas its brand is probably the strongest in Michigan, where it has had Detroit’s flagship casino for more than two decades.

Michigan is shaping up to be one of the largest online casino/sports betting markets in the nation, and so far BetMGM is way ahead of the pack.