Hurry Up And Wait: Sports Betting In Michigan Begins In 2020, But Online Betting Didn’t Make The Year-End Cut

While sports gambling got started in Michigan in 2020, online sportsbooks and casinos will have to wait to 2021 to launch. 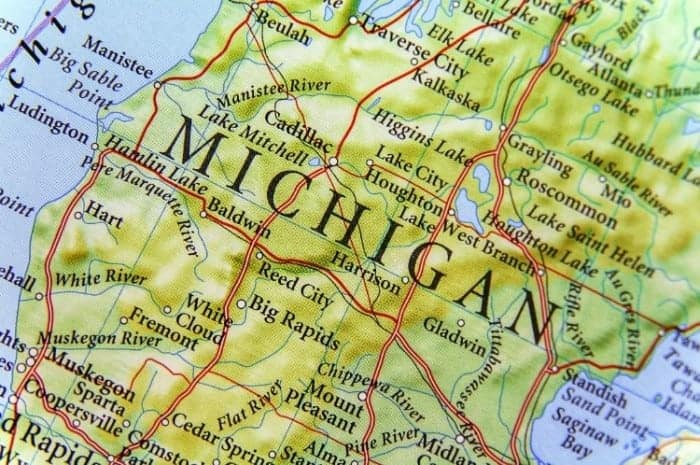 Rewind to last December, which feels like it happened about 600 years ago.

Gov. Gretchen Whitmer signed the bill which legalized sports betting, as well as online sports betting and online casinos. For interested parties, this was the beginning of what would no doubt be one of the most important days in their professional and personal lives.

And then March 12 rolled around, and the first sportsbooks opened in the state, and online sports betting was right around the corner. Cue up the band!

Four days later, Whitmer shuttered the three Detroit casinos — along with nearly everything else in Michigan — due to the coronavirus outbreak. All the tribal casinos closed as well. Hopes were predictably dashed.

In late June, the Firekeepers Casino was the first casino to reopen, and with it, came what amounted to Day 5 of legal sports betting in Michigan.

For some time in the summer and into early autumn, things looked good on the sportsbook front. The Tigers partnered up with PointsBet, the Lions partnered up with BetMGM, and in early August, Whitmer allowed Detroit’s casinos to reopen, albeit at 15% capacity.

Happy days were here again indeed, and by October, things were looking bright for the Detroit casinos. Revenue was up, the sportsbooks were handling about $100 million total, and a return to normalcy was in the offing.

And then the coronavirus came roaring back. And Whitmer once again ordered the Detroit casinos closed.

In recent weeks the casinos have reopened, and while the coronavirus pandemic continues to rage on, the light at the end of the tunnel is blinding. Between vaccines and antibody treatments and science doing its science-y thing, the future of sports betting in Michigan — and the future of humanity in general — is certainly pointing in the right direction.

Meanwhile, through the ups and downs of the year across the state, the Michigan Gaming Control Board was working tirelessly to get online sports betting and online casinos up and running. While there was hope it would happen before the end of 2020, it clearly didn’t.

But with plans for an expected mid-January launch — and no less than 15 different online operators battling for your sportsbook dollar — there’s a gold rush feel to what’s about to happen in 2021.

Some analysts believe the upstart Barstool Sportsbook will be king of the mountain, but one thing is for certain: There is going to be plenty of competition, which can only mean good things for the consumer.

Here are the 15 sportsbooks that will be launching shortly …

FanDuel: One of the two major players in the space, FanDuel is teamed up with Detroit’s MotorCity Casino and Hotel, which almost certainly means it will be a big player in the Michigan sports betting market.

DraftKings: The other big player, and the first sportsbook that went to market post-PASPA. Partnered with Bay Mills Resort and Casino, DraftKings — which is not shy about issuing wild bonuses — will no doubt compete to be the No. 1 online sportsbook and casino in the state.

PointsBet: With its exotic “pointsbet” style of betting — where you can bet not only on binary outcomes, but by how much those outcomes settle at — the operator is partnered with Northern Waters Casino Resort. Also notable for PointsBet: Michigan will be its first foray into the American casino waters.

BetMGM: Partnered with Detroit’s top casino, the MGM Grand Detroit, BetMGM comes to Michigan with big name recognition, along with partnerships with the Lions and Red Wings. It is exceedingly well-positioned to be a major player from the jump.

Barstool: Here’s a challenger to the big boys in sportsbook land. Partnered with Greektown Casino, which is owned by Penn National Gaming, the whole corporate set-up is under one roof. Additionally, it’s highly likely Dave Portnoy, the face of Barstool Sportsbook, will very literally move into the state in an effort to get Barstool to the top of the heap.

William Hill: Partnered with both casinos operating under the Grand Traverse Bay Band of Ottawa and Chippewa Indians, the longtime British bookmaker has had a rocky start stateside but is clearly hoping Michigan will be be the start of something big stateside.

FOX Bet: Partnering with Odawa casinos, FOX — which is part of the same group that owns FanDuel — brings its star power to the table, specifically its NFL personalities.

BetRivers: Partnered with Little River Casino and Resort, this sportsbook will add to its Midwest presence having already established itself in Indiana and Illinois.

WynnBet: Partnered with the five Kewadin casinos, the Wynn name is one of the biggest in the casino industry, and it is now trying to break into the crowded sportsbook space.

BetAmerica: BetAmerica also offers horse racing directly through its app, which is little surprise, considering the company is part of Churchill Downs Inc., owner of a certain Kentucky racetrack you may have heard of. BetAmerica is partnered with the Island Resort Casino.

Parx: Teaming up with the Gun Lake Casino, Parx’s Michigan opening will mark the second state this Pennsylvania-based sportsbook will be going live in.

Golden Nugget: The Ojibwa casinos serve as the partner here, and the Golden Nugget casino has been a surprise smash in its home state of New Jersey. Will that continue in Michigan? It’s a big question many people will be watching.

Firekeepers, Soaring Eagle, Four Winds: This trio of tribes is going it alone. They will be issuing their own apps, with Firekeepers partnering with Scientific Games and Four Winds with Pala. Going up against the big players could cut any number of ways, so time will tell on these solo operations.

While 2020 may have been a year of missed opportunities for sportsbooks in Michigan, 2021 is shaping up to more than make up for it.