Cashier subtly advised against $3,000 in wagers on hapless team 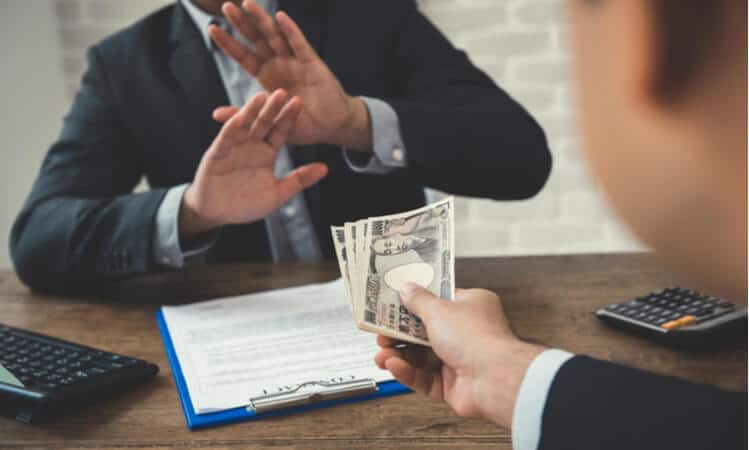 You might be better off playing Mega Millions or Powerball than betting on the Detroit Lions to be the best team in the National Football League this upcoming season, and apparently people working at Detroit sportsbooks believe this to be the case.

Three-thousand dollars isn’t chump change. According to the gambler, Zak Pashak, while trying to make the bets at the MGM Grand Casino sportsbook, the worker behind the counter initially refused his action because she felt bad for him.

“It was pretty funny,” Pashak said. “I tried to place the bet, and the cashier — the lady working at the sportsbook — at first refused the bet on the grounds that she didn’t take bets from people who had no shot to win. She thought it was an unwinnable bet.”

It’s unclear how hard and long the cashier resisted taking the bet, but it was probably very brief and likely at least a bit tongue-in-cheek. A cashier would risk his or her job for truly refusing a player’s action because they thought the bet was massively negative expected value.

In this case, the gambler laughed it off and took it as the cashier just being nice. You probably won’t get the same concern from a cashier in grizzled and emotionally desolate Las Vegas.

Sportsbooks have a robust right to turn people away from service, but they obviously aren’t going to do that over a bet that they are offering. If anyone with decision-making power at MGM thought the futures price or even the market itself was a bad look, they obviously wouldn’t offer it.

Pashak got the Lions at +25000 to win the Super Bowl, which pencils out to a 0.4% implied probability. You’d be hard-pressed to find anyone saying that’s a good deal, but it’s not really scandalous either. People sink money into ill-advised propositions all the time.

“I don’t think it’s a lock by any stretch,” Pashak said in what is surely in the running for understatement of the year in the world of sports betting. “But at the same time, I think the team seems pretty happy to have a new coach. It seems like there’s a pretty good vibe around the team in general. It’s a new era, so who knows? One of these years has to be their year. Right?”

One of these years humans will go extinct, too. Google “Siberia wildfires” and you might leave with the impression that it might happen before the Lions hoist the Lombardi Trophy. Actually, don’t Google that. Play online poker to take your mind off all your worries instead. Actually actually, you need to be very careful with gambling if you are feeling anxious or stressed.

MLive.com reported that other confirmed bets on the Lions include a $1,000 wager on them winning the NFC and another gambler taking them for $500 to win the Super Bowl. We know of another person who bet $20 on them to finish with the best record in the league at +150000.

Michigan began sports betting in January, so this will be the first full NFL season with the activity. While the Lions could theoretically cost the books money depending on how people wager and how the season goes, it seems very likely the team will be a cash cow for sportsbooks, with local diehard fans backing one of the worst teams in the league with their betting dollars.

More people will be dabbling for the first time with sports betting than ever before in Michigan, and that includes many who will make -EV bets on the Lions. It takes time before new bettors become more savvy, and it’s common for bettors to overvalue longshots in general.

The Lions are the definition of a longshot this upcoming season.

The perfect scenario of the Lions being total rubbish this season, coupled with the brand-spanking newness of sports betting, should make this a profitable NFL season for local sportsbooks in the Wolverine State. When the dust settles and all the state data is in, their winning percentage against bettors may be higher than their counterparts in other states this season.

Betting on Lions to go winless?

An amusing prop on the Lions is for them to go without a win the entire regular season. That’s +2500 at BetMGM. Unfortunately, that’s probably another bad bet in terms of expected value. Some people, even Lions fans, apparently are eyeing the market, though.

Is it too early to bet the Lions go 0-17 this upcoming season? This is BRUTAL.

The winless season, per the odds, is about 10 times more likely than a Super Bowl win.

Only two teams have ever gone 0-16 in the regular season, and that would be the 2017 Browns and the 2009 Lions. (OK, at least they have done it before.) Now the regular season is 17 games, so there’s even more opportunity for the 2021-22 Lions to squeeze out at least one victory, somehow, someway.

Take the 2017 Browns, for example. That basement-dwelling team could easily have posted a couple wins. It took a bit of bad luck to lose every single freakin’ game.