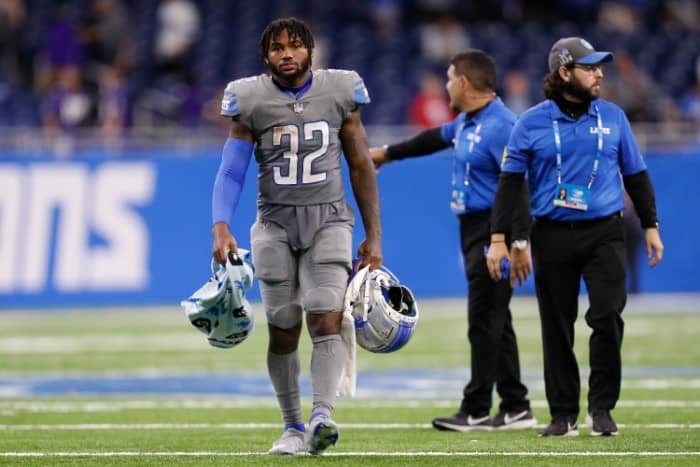 Boy, that was a tough loss. There they were, the 0-2 — but frisky! — Detroit Lions at home, nursing a surprising 17-16 lead over the visiting Baltimore Ravens. Once again, after a first half of not being able to do anything on offense, the team managed to get things going in the second half.

And then … the Ravens faced a 4th-and-19 with seconds left, and Lamar Jackson somehow found Sammy Watkins for a 36-yard gain to the Lions’ 48-yard line. Seven seconds remained, and Jackson approached the line of scrimmage, and … the play clock wound down past zero. No flag.

One of the more egregious missed calls youll ever see. There was a solid negative 2 on the clock pic.twitter.com/4kXMg3aFrj

Jackson then throws the ball away, Justin Tucker comes on and hits an NFL-record 66-yard field goal, and Lions fans are deflated quicker than a Tom Brady ball.

Justin Tucker took the soul out of every Lion fan at Ford Field. Lmaooo pic.twitter.com/OVpFstyeSD

As far as bad beats go, this one was an all-timer.

But the NFL has a short memory, and the 0-3 — but still frisky! — Lions head to Soldier Field Sunday to face an equally beleaguered Chicago Bears squad.

The best points spread bets for the Lions can currently be found on FanDuel Michigan Sportsbook. Get 2.5 points at +115, or get the full field goal at -110.

On the moneyline, FanDuel is also offering the best Lions odds at +138.

And while we’re not in the business of actually offering picks here in these game breakdowns … come on. Karma owes the Lions.

One major item to watch this week is the coachspeak coming out of Dan Campbell. He said he plans to get D’Andre Swift — clearly the Lions’ most explosive offensive weapon — more touches going forward.

“I certainly think you’re going to see a lot more of Swift, and he can very easily be out there first play,” Campbell said at Wednesday’s practice session. “I think he’s done enough to earn that.”

There is little question the Lions offense is better with Swift on the field, and if Campbell is telling the truth, the props on Swift are awfully tantalizing this week: over 36.5 receiving yards on DraftKings Sportsbook at -110; over 51.5 rushing yards at BetMGM online sportsbook at -115; over 12.5 rushing attempts at Caesars Michigan Sportsbook; and over 93.5 combined rushing and receiving yards at Caesars.

Worth noting: The Bears just gave up over 200 yards rushing to the Cleveland Browns.

Another interesting prop for this game is the total touchdown over/under, which is sitting at 4.5. Caesars has the over at -105, Barstool the under at -112. This game has slog-like potential, and with neither offense demonstrating much of anything, the under certainly looks tempting (especially as a potential hedge against the Swift props).