The Detroit Lions, already assured of a third straight 10-loss season, face the Minnesota Vikings ahead of an offseason with many question marks throughout the franchise. 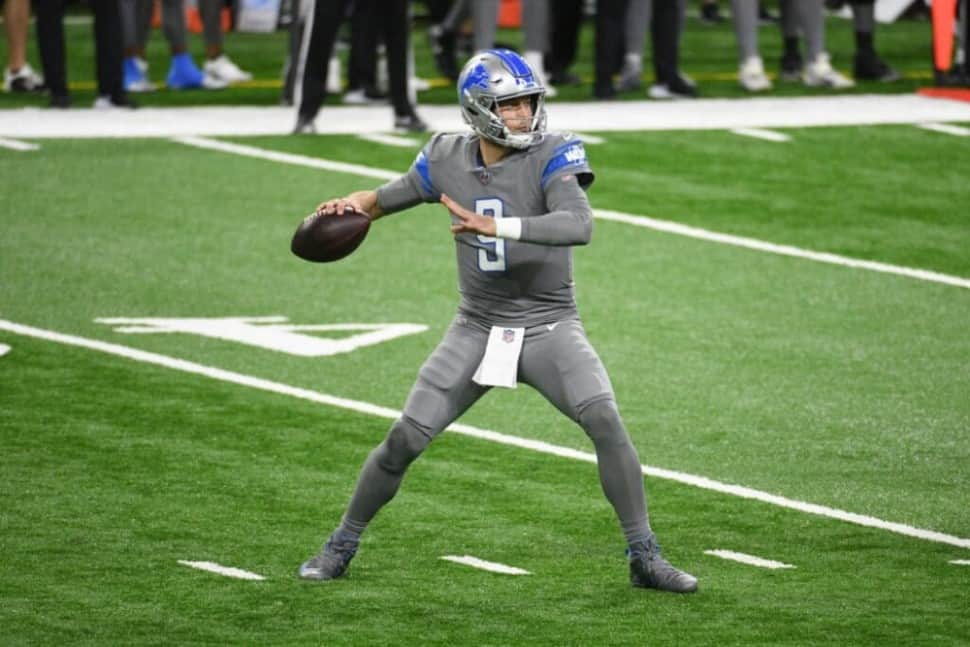 The Matt Patricia Era over and another 10-loss season assured, the Detroit Lions head into their season finale against the Minnesota Vikings unsure of the status of starting quarterback Matthew Stafford — for both this game and possibly the future.

Even with a victory, the Lions (5-10) will technically finish last in the NFC North by virtue of a worse division record than the Vikings (6-9). There is little more than positioning for the 2021 NFL Draft at stake for Detroit, though its possible landing spot in that order varies widely depending on the outcome of what will likely be interim coach Darrell Bevell’s final game with the club.

Closing the season with a victory to end a three-game losing streak and finish 2-6 at home could drop them from their current No. 7 spot all the way down to 13th depending on other outcomes Sunday. A loss could “help” the Lions claim the No. 3 slot, and while Clemson quarterback Trevor Lawrence is all but certain to have been first picked by Jacksonville, fellow QBs Zach Wilson (BYU), Justin Fields (Ohio State), and Trey Lance (North Dakota State) are all possibilities in a potential rebuild that will also include a new coach and general manager.

Stafford’s status a question mark; RB Cook out for Vikings

Which brings us to Stafford, who is questionable for this contest with an ankle injury suffered early in last Saturday’s 47-7 thrashing administered by the Tampa Bay Buccaneers. The 12-year veteran — who has thrown for 3,793 yards and 23 TDs in 2020 — has also been hampered by rib and thumb injuries and did not practice Wednesday.

He is also a potential trade chip, with a $10 million roster bonus due in March shortly after the league’s fiscal year begins. While the Lions would save themselves $20 million by dealing Stafford, it would also come with a salary cap charge of nearly $25 million.

If Stafford is unable to play, either Chase Daniel or David Blough will be under center. Both saw action against Tampa Bay, though neither was overly effective as they combined to complete 19 of 28 passes for just 135 yards. It was Blough’s first action of 2020 after starting five games last season when Stafford was sidelined with a back injury, while Daniel played a mop-up role in Detroit’s 34-20 loss at Minnesota in Week 9 and threw a touchdown pass.

Stafford’s status is one of two things impacting oddsmakers’ betting lines for this game. The other is the absence of Vikings running back Dalvin Cook, who has traveled to Florida to grieve the death of his father. Cook tore through Detroit for 206 yards in the first meeting, but sportsbooks look to be weighing Stafford’s potential absence more than Cook — the league’s No. 2 rusher with 1,557 yards — not being part of Minnesota’s game plan.

What the oddsmakers think

Of the three sportsbooks available to Michigan bettors, FanDuel is the one on the limb by establishing the Vikings as a full touchdown favorite (-7) as of 10 a.m. CST on Thursday morning, and bettors can get that at -105 compared to -115 for taking the Lions and the touchdown.

Even with Cook out and Stafford iffy, oddsmakers are expecting plenty of points to be scored in a game having no playoff implications. DraftKings has set its over/under at 54 points with a -112/-109 split, while BetMGM and FanDuel counter with 54.5 points — the former giving the standard -110 in both directions and the latter split -105/-115.

For bettors who enjoy the moneyline offerings for straight-up wins, the Lions can be had at +240 on FanDuel and +225 on BetMGM and DraftKings. BetMGM has the Vikings at -275, followed by DraftKings (-286) and FanDuel (-295).

BetMGM is also offering +375 in a parlay promotion of the Lions, Indianapolis Colts, and New Orleans Saints all winning their season finales.