Sportsbooks Still Sour On The Lions, But The Sun May Come Out Tomorrow

Despite Detroit's fast finish to 2021 and the HBO treatment, oddsmakers aren't sold 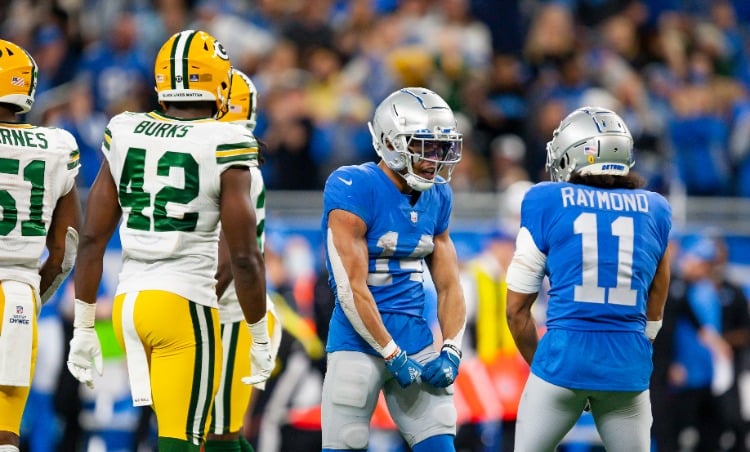 In recent years, it’s been a hard knock life for the Detroit Lions.

But for the 2022 squad – a team to star in HBO’s hit series Hard Knocks, starting Aug. 9 – there is plenty of hope they will be “adopted” by America’s football fans and become the latest team to go from also-rans to front-runners.

We are 4 weeks away from THE @Lions hard knocks debuts with MCDC and the boys. Log in to get a preview of the 2025 NFL champions. There’s room on the bandwagon now. @FBGarbageTime @evanfoxy @Sports4All41 #onepride pic.twitter.com/cPXPx8iAao

It will certainly be interesting to watch how the sportsbooks react as the show progresses during the preseason, because despite plenty of hype from many of America’s top football prognosticators, the odds of the Lions — or any of their players — having standout seasons continue to be long.

For instance — and being a bit silly, admittedly — the Lions are 150/1 longshots to win the Super Bowl at DraftKings Sportsbook and 66/1 to win the NFC at BetMGM Sportsbook.

When it comes to more likely scenarios, the oddsmakers are still hanging the Lions with the “unlikely” tag, as they are +1000 to take the NFC North at DraftKings and +400 at DraftKings to even make the playoffs.

As far as wins go, the over/under is set at a paltry 6.5, with the over paying at -110 at PointsBet Sportsbook and BetMGM.

Worth noting is this team went 3-3 over its last six games last year, lost two games on last-second field goals, tied another, and despite not winning a game until there was snow in the forecast, the Lions continued to play their hearts out for first-year coach Dan Campbell. Campbell now happens to be as short as +1200 to be Coach of the Year at BetMGM.

That’s an objectively lousy bet, as it’s a near certainty the Lions will have to win the division (at +1000) for Campbell to even have a shot at winning the award, but nonetheless, it demonstrates at least some hope from the oddsmakers that the Lions might surprise.

And if there are surprises, it’s going to come from the league’s most — ahem — Daddy Warbucks offense, as the Lions “boast” the league’s highest offensive payroll. To be fair, nearly a quarter of it is tied up in quarterback Jared Goff’s cap hit, but the next three most expensive players (Taylor Decker, Halapoulivaati Vaitai, and Frank Ragnow) are all on the the good-perhaps-soon-to-be-great offensive line.

most expensive offenses in 2022

And as far as skill position players go … well, the Lions have a surfeit of talent, and yet the odds of any of these players having breakout campaigns are long. Perhaps, in some cases, too long.

For starters: Wide receiver Amon-Ra St. Brown already broke out in his rookie campaign with 90 catches for 912 yards and five touchdowns. Granted, the team signed D.J. Chark and drafted Jameson Williams, but St. Brown is playing the Cooper Kupp role in the offense. In short: His receiving props may be set too low.

How much more powerful will 32 be this season.

And lastly, of all the potential longshots on the board, the best bet may be in the Defensive Rookie of the Year market, where Aidan Hutchinson is at +500 at Barstool, the second favorite behind Ahmad “Sauce” Gardner.

Right now, the Lions are longshots all over the place, despite their strong finish to 2021, an offense that may be poised for takeoff, an improved defense, a soft schedule, and a coach the players love to play for.

Will America’s bettors see something they like during this season of Hard Knocks and start to change the odds for the Lions? Time will tell, but one thing is for certain …