As it turns out, the Dan Campbell-led squad is biting some kneecaps and keeping games close 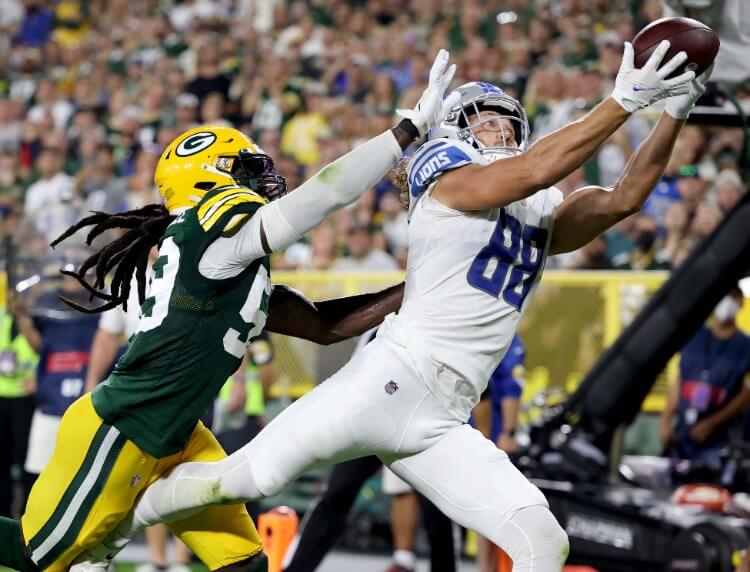 But here we are, two weeks in, and wouldn’t you know: This is one frisky team.

So while there is certainly room for a Ravens hangover — big win, short week, on the road — Baltimore is still clearly the better team.

And the Michigan sportsbooks agree, with the Lions a +330 moneyline underdog (on Barstool, FanDuel Sportsbook MI, BetRivers Sportsbook, and TwinSpires). On the spread, the best odds come over at FOX Bet Sportsbook, where the Lions are +7.5 at +100.

Perhaps the most interesting number, however, is the over/under, which is set at 49.5 across most books, which has the Ravens number at 28.75 and the Lions at 20.75.

If the beginning of the season is a guide, that “over” may be in jeopardy. Best odds on it is the -103 at Barstool.

Why is the over looking good? Because the Ravens should have zero trouble keeping up their end of the bargain, and the Lions have demonstrated an ability to use Jared Goff in ways he hasn’t been used in a few years. In short: He’s moving around the pocket and using all his weapons. (Some of those weapons aren’t too sharp, but still.)

After all, Goff ran — ran! — for 46 yards. The last time he did that was never. He also spread his 26 completions around eight different receivers, with tight end T.J. Hockenson once again leading the way.

And Hockenson should also pace the Lions again this week, especially considering the Ravens have been hit hard by Darren Waller and Travis Kelce to start the year. Hockenson’s best props are over 60.5 yards at DraftKings and over 5.5 catches at Caesars.

Even better for Hockenson: Goff should have plenty of room to operate, as the Ravens pass rush has not been getting home so far this year and their defense is riddled with injuries.

Are the Lions going to win this game? Probably not, as the Ravens are clearly better. But this team is “biting kneecaps” and playing some inspired football. Upsets happen all the time in the NFL, and home team + road team coming off emotional victory in a short week is a pretty good recipe for one.