Sportsbooks Have Lions As Underdogs At Home Against The Packers 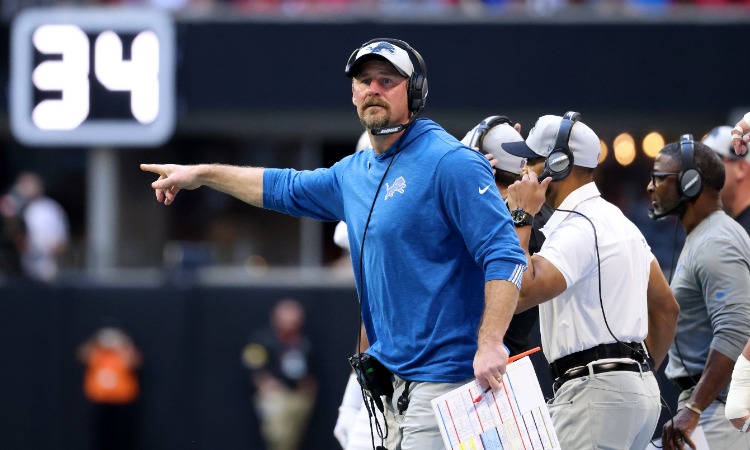 Well, all things considered, the Lions’ arrow is pointing up.

This wasn’t necessarily something that could be said at the beginning of the year, and after a winless … and winless … and winless start, the squad is a semi-respectable 2-3 in its last five games. Five of the Lions’ losses overall have been decided by four points or less, and they are a healthy 10-6 against the spread this year.

But more importantly: The offensive line is young and super talented, Amon-Ra St. Brown has exploded onto the scene and will be manning the slot for years to come, and D’Andre Swift and T.J. Hockenson — despite their injury-plagued seasons — are poised to be dominating forces at their positions.

Add in a top two pick in this year’s draft (almost sure to be either Aiden Hutchinson or Kayvon Thibodeaux, a pair of dominating edge rushers) along with the first round pick obtained from the Los Angeles Rams (maybe an outside WR to pair with St. Brown, or a quarterback should a coveted one be available) and it’s not so far-fetched to see this team competing at a higher level in 2022.

Add in the fact the players adore their head coach, Dan Campbell, and there’s reason for some optimism that maybe, perhaps, soon, Detroit might win its first postseason game since 1991 — and its second since 1957.

Went back and listened to Dan Campbell's introductory press conference and he pretty much accomplished everything he said he was going to do year one. This team took the identity of the city and played competitive football all year long.

But first, the Packers

Of course, next year is next year, and this year is this year, and as such, the Lions finish out their season with a truly meaningless game at home against the Green Bay Packers, who have already clinched home field advantage and a first-round bye.

As of Friday morning, the Packers’ brain trust was still insisting Aaron Rodgers and the rest of the starters would see the field Sunday, but sportsbooks aren’t buying that right now, as the Lions are only 3.5-point underdogs (-105 on PointsBet Sportsbook).

If news breaks that Rodgers and Co. will be playing their full allotment of snaps, that line should easily jump into the double digits; however, if everyone notable is to sit, it wouldn’t shock to see this line tip closer to the Lions.

Over 45 can be had for -105 at Barstool and BetRivers Sportsbook, and the under is -110 at DraftKings and FOX Bet.