Bettor To Win $30,000 If Detroit Lions Have Best Record In League 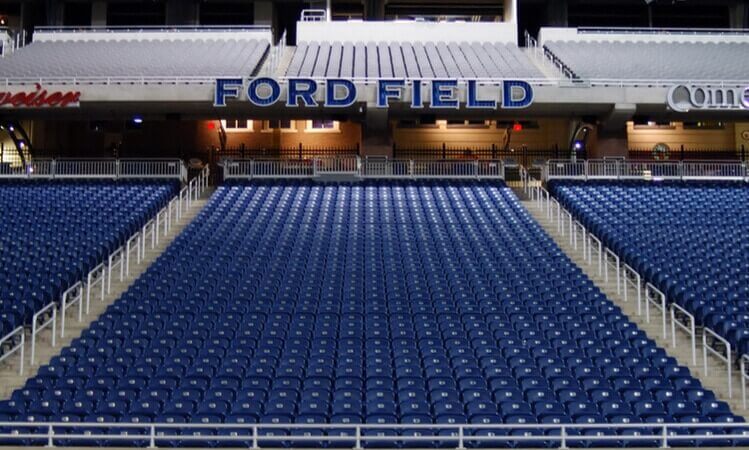 Loyalty to the Detroit Lions could see one gambler win $30,000 if the historically middling squad finishes with the best record in the NFL during the upcoming regular season. Yeah, you read that right: the best freakin’ record.

The Lions, who are projected to win just five games, are +150000 to have the NFL’s top mark before the playoffs begin. A gambler on BetMGM thought $20 was worth a flier on such an improbable outcome. It would be one for the ages if it hits.

The bet was reported by a guy with a well-known hat over at ESPN:

The +150000 odds have an implied probability of 0.07%. That means that if the upcoming season was played 10,000 times, the Lions would be expected to have the best record seven of those times. Does seven seem high? Maybe!

At any rate, the +150000 price didn’t seem that attractive for many who reacted to the bet on Twitter.

“Only $30,000? Isn’t that a million to one longshot?” another remarked about BetMGM’s price.

“Any truth to the rumor that Satan is currently being fitted for a pair of ice skates?” said another.

Is it worse than playing Mega Millions or Powerball?

You can’t really put a value on the entertainment this particular sports bettor will get sweating the Lions through the early part of the season while the wager is still alive. It could be dead quickly, but the first few games could be extra intense for the gambler. That could be exactly the kind of fun the person is looking for and the $20 is well worth the wager. We also can’t forget about the value of bragging rights and the media attention the gambler could get if they win or are willing to go public with their identity.

That said, if you’re looking for monetary value for every single dollar you spend, the bet could be worse than playing the multi-state lottery. Both Powerball and Mega Millions have roughly 1-in-300 million odds of winning the top jackpot. Smaller prizes are much more frequently hit. Could it take 300 million 2021-22 NFL seasons for the Lions to have the best record in one? Maybe. They are expected to be the worst or second-worst team in the league this season.

If we assume, just for our thought experiment, that the Lions are a neutral EV bet at +30000000000, then yes, playing the lottery for a few bucks to win tens or hundreds of millions of dollars is better than taking the Lions for $20 to win $30,000.

But you can play the Mega Millions or Powerball anytime, year-round. That’s not as thrilling a super longshot NFL sweat, even if the price is practically a donation to the sportsbook.