Sportsbooks Still Not Giving The Lions Respect Despite Victory Over Cardinals 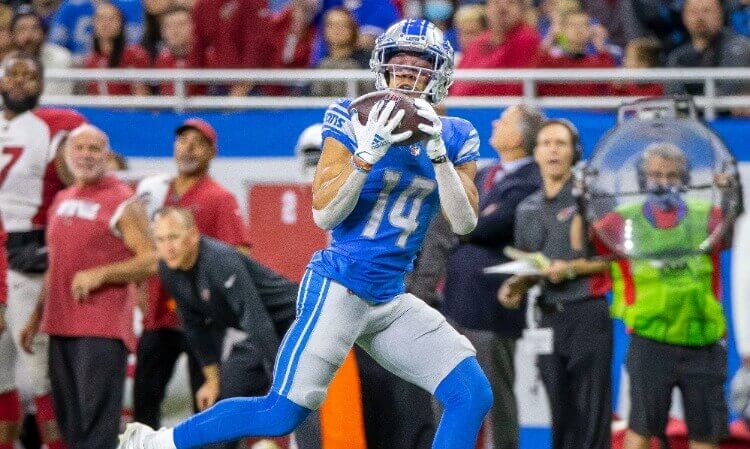 That’s what the Detroit Lions did last week, pasting the visiting Arizona Cardinals 30-12 in a game that was never in doubt. All of a sudden, the Lions have gone from sad-sack franchise to the NFL’s most lovable team, in part, no doubt, to the kneecap-biting Dan Campbell, who clearly knows how to win over his players.

When are we going to admit that Dan Campbell’s Lions are Americas team?

The Lions are now 2-11-1 and 9-5 against the spread, good for third-best ATS record in the NFL. And really, with a little luck, the Lions would be 5-8 overall (the last second losses to the Minnesota Vikings and the record-setting Justin Tucker, plus the Steelers tie).

Justin Tucker had Lions fans going THROUGH IT pic.twitter.com/KhsIkE52jn

Point being, when this season is finally in the books, there is a glimmer of hope for Lions fans that 2021 will have marked the beginning of a new chapter for the franchise. Heck, they might not even finish with the fewest wins on the season, as the Jacksonville Jaguars at 2-12 are now favored on DraftKings in that race to the bottom at even odds, with the Lions at +110. And the Lions could soar into New York Jets territory (+750 on the fewest wins prop) with a victory over the Atlanta Falcons.

Sportsbooks, however, aren’t too keen on the Lions’ chances at winning this road battle in Atlanta, with Detroit getting 5.5 points (FanDuel Michigan has the best odds right now at +100) and with the moneyline set at +220 (also FanDuel as the best place to currently place that wager).

Complicating matters for the Lions is the status of Jared Goff, who pitched a near perfect game against the Cards last week, completing 21 of 26 passes for 216 yards and three scores.

Goff is currently on the COVID list, and he’s mildly symptomatic. He’s going to have to turn in two negative tests before Sunday to be allowed back on the field, and the odds are stacked against him on that score. Translation? It’s the return of Tim Boyle, who, uh … well, he didn’t impress in his other start of the season, Week 11’s loss to the Cleveland Browns, going 15 for 23 for an almost unimaginable 77 yards (and two interceptions).

To be fair, that was a road game in lousy conditions, and this game will be in a dome, but still: The Lions would prefer to have Goff under center throwing to their version of Cooper Kupp, Amon-Ra St. Brown, who has been tearing up opposing secondaries for three weeks running.

While player props have yet to be posted, St. Brown’s reception and yardage props – even with Boyle throwing him the ball – are certainly worth watching.

Also worth watching? The health of the running back room, with both D’Andre Swift and Jamaal Williams back on the practice field, Swift after battling a shoulder injury and Williams COVID.

All of a sudden, along with Craig Reynolds, the Lions have a crowded backfield. But if Swift is cleared to play, the expectation is he will resume his normal role, which only grew as the season wore on, including his 33-carry game against the Steelers.

Worst case scenario? The Lions employ a three-headed backfield, everyone stays fresh, and would-be bettors hammer the under props on all three.

One other interesting wrinkle here: The over/under is set at 42.5, and there is certainly room for both of these “bad” teams to move the ball, especially with explosive plays. This could easily turn into one of those fun, late-season shootouts between two teams looking to prove something. And let’s not forget the 6-8 Falcons are, incredibly, still in the playoff hunt.